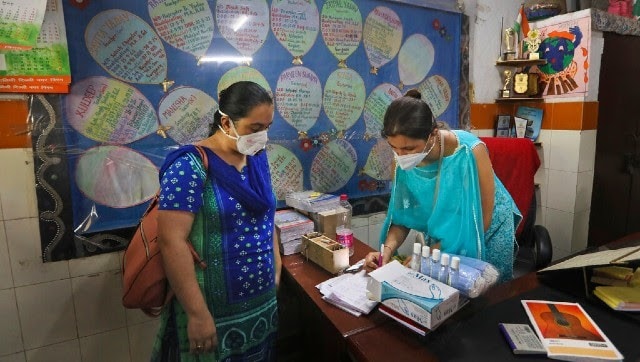 The authorities, for their part seem reluctant to fix the flaws in the government order or take the violators to task despite repeated interventions from civil society organisations.

On 20 June, the Delhi government issued an order capping prices for COVID-19 treatments in private hospitals “with the proviso that all COVID-19 beds would be at rates given by the committee (formed under NITI Aayog member Dr VK Paul) subject to upper limit of 60 percent of the beds of total hospital bed capacity”.

According to the order, the prices for all National Accreditation Board for Hospitals & Healthcare Providers-accredited hospitals were to be capped at Rs 10,000, Rs 15,000, and Rs 18,000 for isolation beds, ICU beds without ventilators, and with ventilators support, respectively.

The order clarified further: “The rates for private hospitals beds would be all inclusive as a package. This will include, but not limited to: bed, food and other amenities, monitoring, nursing care, doctors’ visits/ consults, investigations including imaging, treatment as per the national protocol for COVID-19 care and standard care for co-morbidities, oxygen, blood transfusion, etc.”

Despite the government order, private hospitals have continued to not only overcharge patients, but also keep them in the dark regarding the scheme.

The authorities, for their part seem reluctant to fix the flaws in the government order or take the violators to task despite repeated interventions from civil society organisations (CSOs).

On 20 June, 60-year-old Tarun Lata was admitted to Shri Moolchand Kharaiti Ram Hospital and Ayurvedic Research Institute, a NABH-accredited facility for COVID-19 with left side pneumonia and pleural effusion. After being kept in an isolation ward for 10 days, Lata was billed Rs 2,59,348.

The hospital bill included an average cost of PPE kits at Rs 4,477 per day and oxygen charges for nine days at the rate of Rs 1,400 per day even though she was not even administered oxygen.

When Lata’s son Nitin Gulati objected to the bill and asked the hospital to charge as per the rates fixed by the Delhi government, the hospital claimed the order was passed a day after Lata was admitted to the hospital.

His father and brother also tested COVID-19 positive and were under home isolation.

“It was a very traumatic situation for me, running between my mother in hospital and two other family members at home, and then there was this fiasco with the hospital,” said Gulati.

On 8 August, when this reporter spoke to people in the cash counter and the admission department, and the billing department, they said that Lata’s case was to be charged under insurance and not the Delhi government price capping.

The front desk executive then called back to give me email addresses to write to.

“Please send us your queries again. Our senior team will have to discuss and revert accordingly,” the executive said.

In the meantime, the hospital had already sent a response on the case on 7 August denying these charges.

Dr Madhu Handa, medical administrator, wrote that the billing was done as per the agreement between the hospital and the insurance company.

The Delhi government order, however, lays down no special exceptions for insurance cases.

Gulati explained that he sought help from the corporate insurance cover provided by his employer.

The hospital, however, refused to budge. As a result, the insurance covered only Rs 1.02 lakh. After Gulati’s employer approached the insurance company, an additional Rs 80,000 was added to the amount covered.

“That still meant an out of pocket expenditure of Rs 80,000. But, the larger issue is that the hospital never bothered to inform us properly about the Delhi government price capping, let alone implement it,” said Gulati.

Lata’s is not the only case involving overcharging by Delhi hospitals, though.

He and his mother Binney Rani tested COVID-19 positive while the rest of their family was in isolation.

“It was difficult to continue challenging the hospitals in that situation,” he said.

Kumar noted that he was administered FabiFlu at Max Super Speciality Hospital without his informed consent.

“This was all via Whatsapp!” he added and recalled that he repeatedly refused to give consent to such practices.

Additionally, he had also been charged for medicines and investigation, which are part of the standard care for COVID-19 patients, at Rs 2,185.50 and Rs 8,850, respectively.

Kumar sent as a complaint letter to the hospital authorities as well as members of the state and central health departments.

The hospital took cognisance and refunded the overbilled amount. The hospital asked him to sign a non-disclosure agreement, which he had reservations against doing and thus only gave only a written acknowledgement instead.

The complaints regarding Kumar’s mother’s treatment charges at Max Smart Super Speciality Hospital, Saket (East Block) and Goyal Hospital and Urology Center, however, have still not been acknowledged.

On 30 July, when this author spoke to Shaleen Mitra, the OSD to Delhi health minister Satyendar Jain, he was not aware of these complaints sent to his department and requested that these be forwarded to him again.

On 4 August, Mitra replied that “Nitin’s payment was returned by the hospital”. However, he gave no acknowledgement of the complaints about overcharging in Nitin’s mother’s medical bills.

Then on 1 August, Chowdhury replied again saying she would look into the matter after the ‘long weekend’. There has been no response. But she did ask repeatedly which media outlet would be carrying the story.

‘Pay or take patient out’

Mayanka Sanghotra’s mother Narender Kaur breathed her last on 17 July in Shanti Mukand Hospital. Kaur was admitted there since 24 June after being diagnosed as COVID-19 positive. This hospital too didn’t inform Mayanka of the government orders, and asked her to pay for a COVID-19 package of Rs 4 lakh instead.

Later, she was asked to procure three injections costing Rs 40,000 each and six vials of remdesiver which is really not easy to find.

“When I went to search for remdesiver outside, there was so much blackmarketing! The prices ranged from Rs 30,000 to Rs 80,000. And the doctors had asked for six vials of the medicine,” she said.

Malini Aisola from All India Drugs Action Network (AIDAN) said, “The (20 June) order does mention an exclusion from the rate caps for experimental therapies such as remdesivir and tocilizumab which can be charged separately. Similarly, the IL-6 test and COVID-19 diagnostic test are also excluded from the package rates. However, in spite of the order, hospitals have been tacking on charges for both medicines routinely used in COVID-19 treatment and for investigations and baseline tests that should have been included in the package. We have observed these violations repeatedly and in numerous private hospitals.”

When Mayanka was informed that the bills had exceeded Rs 7.5 lakh by 5 July, she was worried. She looked around for help and managed to contact Amresh Kumar, the Aam Aadmi Party, as well as Malini.

When conversations did not seem to yield results, she wrote a complaint letter on 11 July. On 14 July, when she went to speak to the authorities about the complaint, Malini accompanied her.

Dr Tejender Pal, a physiotherapist, and Dr Samrul Hoda, from the billing department, said that these escalations would make no difference.

Mayanka claims that on 17 July, Dr Hoda told her on a phone call to “either arrange the payment” or she could “take the patient out of this hospital”.

Later that day, Mayanka received another call from the billing department saying that the hospital has finally agreed to revise her bills according to the government cap. The issues in her mother’s medical bills were settled, but two hours later, the hospital informed Mayanka that her mother’s condition was unstable. Kaur was declared dead by 9.30 pm that night.

On 26 July, the hospital directed this reporter to Dr Hoda for a statement about the overbilling in this case. But he said that he couldn’t discuss the details.

He further added that he does not remember this case, and did not have access to the records as it was a weekend. He promised to get in touch with further details later.

On 7 August, he informed that he was not authorised to talk about these things, but still explained: “The patient had agreed to pay the hospital rates and was not admitted as a government category. It might have happened that they ran out of money later, and hence started saying that they want the government prices.”

He also informed that though a certain undertaking exists, access to that document is restricted to me as well as the patient’s family.

“It is a hospital document, after all. We can only hand it to authorised persons,” he said. The capping restriction to only 60 percent of the beds seemed “arbitrary and incomprehensible” to them, and they suggested that this provision be extended to “all persons accessing treatment through private hospitals, and who are not covered under any laws or schemes that guarantee free treatment.”

They also said that the order must apply to all COVID-19 patients including those who currently admitted and undergoing treatment in private hospitals.

In a press conference on 25 July, Inayat Singh Kakar of People’s Health Movement noted that there has been no transparency or political will to implement the order.

On 25 July, these CSOs also organised a virtual press conference highlighting the continued violations of the order by private hospitals. They released another letter that highlighted problems in implementation and suggested remedial measures to the authorities.

The above mentioned testimonies are just the tip of the iceberg. Nearly two months since the order was was passed and subsequent interventions from the CSOs, issues remain.

According to the National Health Accounts estimates released in March 2019, patients in India bear about 61 percent of the total health expenditure. The government’s health expenditure stands at an abysmally low 30.6 percent.

A 2018 study which analysed the financial burden of households’ out-of-pocket payments on medicine in India over a period of 2o years between 1994 and 2014 found that 3.8 crore Indians fell below the poverty line due to spending on medicines alone.

Jashodhara Dasgupta, from SAHAYOG, a non-profit voluntary organisation, explained how the term “out of pocket expenditure” concealed quite a few crucial facts about medical costs in India.

“Our public healthcare is immensely under-resourced and almost dysfunctional. In contrast, the private hospitals do have substantially more resources — both in terms of infrastructure as well as number of doctors. In times of a crisis like the pandemic, the people will be compelled to go to private hospitals,” she says.

Dasgupta explained that private hospitals function primarily with the support of private insurance and State-funded insurance companies, which allows them to hike prices astronomically.

She lays out two scenarios: “You see, when a minister gets admitted in a private hospital, the government covers the costs of that treatment, right? We, the taxpayers, pay for the  treatment in private hospitals. The second situation is when corporate employees or PSU employees go to private hospitals, there’s the safety net of employer paid insurance. Concurrently, in both the cases, private hospitals use this to their advantage and their prices are hiked up astronomically.”

While the Delhi government did put together an order to contain some of the issues plaguing the private healthcare sector, the political will to implement it seems to be lacking.

When Amresh was approached about Mayanka’s case on 6 August, he said that he has followed the usual process of putting the patient in touch with the DMS of the hospital.

While that is an essential step, it  still leaves the patient trying to fight for his or her rights against the hospital.