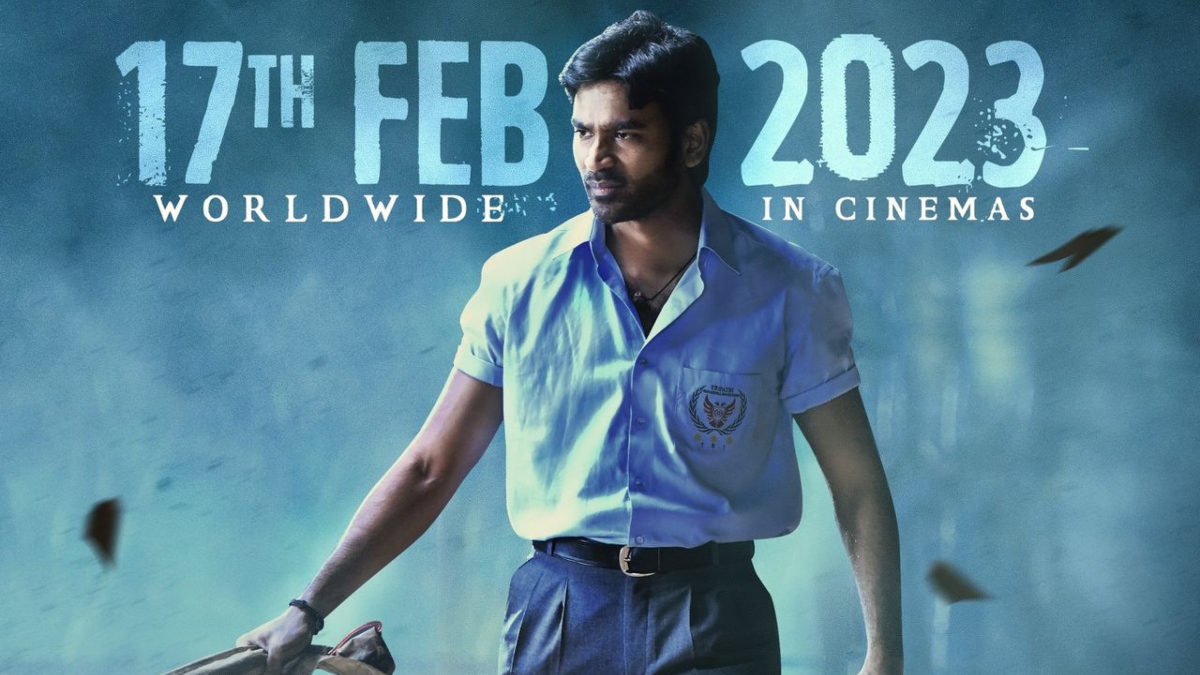 Dhanush-starrer Sir (Vaathi) release date has been pushed by a couple of months. It was supposed to hit the big screens in December but will now make its theatrical debut on February 17, the makers announced on Thursday. The movie is written and directed by Venky Atluri of Rang De and Tholiprema fame. It is produced by Sithara Entertainments and Fortune Four Cinemas. The news was shared by the makers on their official Twitter handles as they unveiled two new posters featuring Dhanush.

With a new release date, Dhanush’s SIR also got two new posters featuring the Nationa-award winning star. Dhanush’s action avatar was teased earlier in the stills and now, he was seen in the midst of all the action in the new posters. In one of the SIR’s posters, Dhanush was in the center in his get-up while bodies of people were seen lying on the ground around him. In the other still, he was seen sitting on the steps, with the spotlight on him. Some college students surround him in the image.

Shot simultaneously in Tamil and Telugu languages, the film is described as an “ambitious journey of a common man”. The movie is written and directed by Venky Atluri of Rang De and Tholiprema fame. This is the first collaboration between the actor and director. Bimbisara actor Samyuktha Menon also rounds out the cast of the film. Her look from the movie has been unveiled too.

Read: 1899 Twitter Review and Reactions: Netflix series from ‘Dark’ creators the best 2022 has to offer?

The GV Prakash Kumar musical is produced by Naga Vamsi and Sai Soujanya. Dhanush was last seen in Naane Varuven, which is directed by his brother Selvaraghavan. The psychological action thriller featuring Dhanush in a double role is now streaming on Amazon Prime Video.