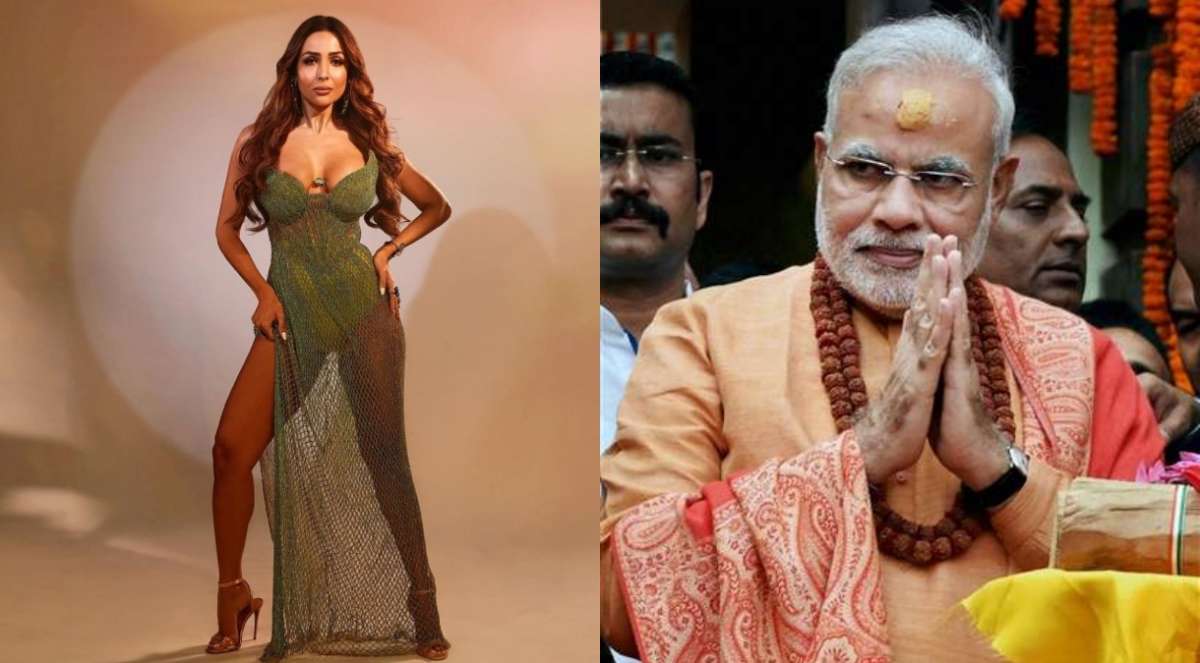 Recently, a video is going viral of Malaika Arora shaking hands with the doppelganger of Prime Minister Narendra Modi. The cut-to-cut resemblance has left netizens baffled. In the video, Malaika was wearing a red full-length gown and was seen posing for the paps. After the photo session was done, a man who resembled PM Modi came up to her and started conversating with her and later shook hands and left the stage. At once the man looked exactly like our own prime minister which might have even left the actress confused.

The video has left social media users baffled, with several questioning if the man in the video is PM Modi. For those still asking: No, it is not him. But there were a few hilarious sections of netizens as well who actually believed him to be PM Modi. “Sab yaha ye dekh rahe hai ki ye Modi ji Jese kyu lag rahe hai (Everyone here is wondering why this man looks like Narendra Modi),” a comment read. “He is not Modi Malaika se dhyan hatega tabhi toh pata chalega na (If you’ll can look away from Malaika, you’ll know it’s not him),” another joked. “Lol carbon copy of Modi Ji,” a third comment read.

At the work front, Malaika Arora recently made headlines after she returned to dancing as the actress appeared in the remake of ‘Aap Jaisa Koi’ for Ayushmann Khurrana’s An Action Hero. No doubts that she sets the stage on fire, she also shared a BTS video showing off her looks from the song and as always she is simply hotness personified.

Currently, Malaika is gearing up for her OTT debut. She will be seen in her own reality show, Moving In With Malaika. Slated to release on December 5 on Disney+ Hotstar, the show will feature not only the actress but also feature guest appearances of her friends and family. Malaika’s reality show will revolve around her family, friends, and work.

New Web Series on OTT in February 2023: What to watch on Netflix, Prime Video & Hotstar this month