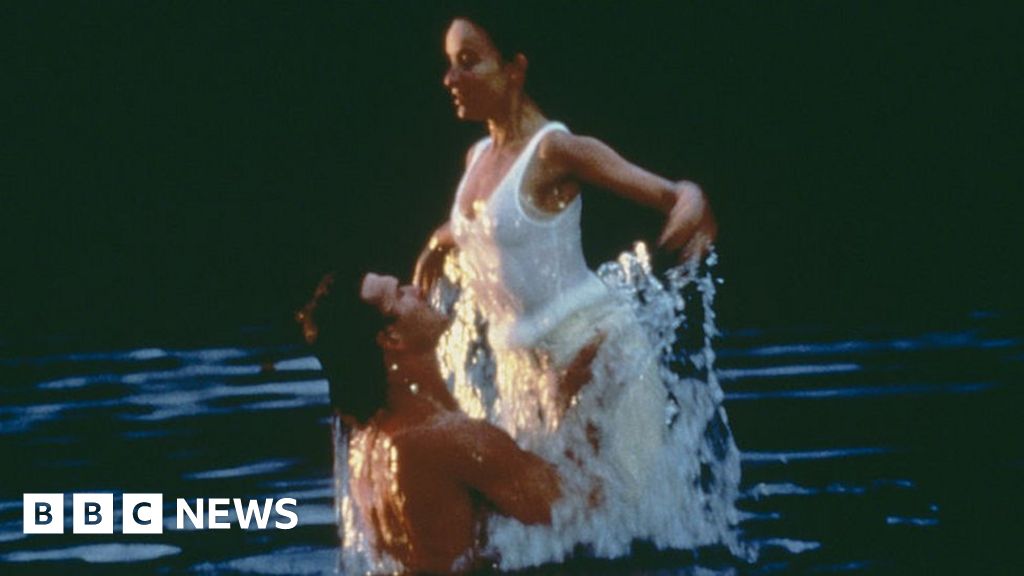 The old ones are the best, as they say.

Younger viewers may disagree, of course. But Dirty Dancing remains a favourite, going into the UK box office top 10 when cinemas reopened in July.

Now, the apparently timeless 1987 romantic drama is set for a sequel, with star Jennifer Grey reprising her role as a middle-aged “Baby”.

Lionsgate Films boss Jon Feltheimer promises “exactly the kind of romantic, nostalgic movie that the franchise’s fans have been waiting for”.

Their young love/lust, which threatened to bring a holiday resort into disrepute, was so hot that Castle was forced to remove his shirt at several points, for safety reasons…

The film won an Oscar for the song (I’ve Had) The Time of My Life, and audiences fell in love with the characters, music and its iconic dance routines, including the famous “lift”.

(Warning: In real life, a few years back, a Somerset couple knocked themselves unconscious while attempting to recreate it.)

All we really know so far about the upcoming film is that Jonathan Levine, known for the movies 50/50, The Wackness and Warm Bodies, will be directing Grey, now aged 60.

Swayze died of cancer in 2009 at the age of 57, and so there is the question of who might play Castle, or another object of her character’s heart’s desire. She may well be doing just fine on her own, although it’s hard to dirty dance that way.

Entertainment writer Michael Moran half-jokingly proposed on Twitter that the film could be one in which Baby “wanders forlornly around the deserted holiday resort she bought in a fit of optimism when she inherited her parents’ house, and drinks her way through the bar stock on Zoom calls with her furloughed employees”.

So, is it a good idea to go back to a well-loved franchise?

Dirty Dancing was hugely successful upon its release and grossed more than $214m (£163m) at the global box office.

Lionsgate did put out a prequel in 2004, titled Dirty Dancing: Havana Nights – starring Diego Luna and Romola Garai – but it failed to achieve anywhere near the same success.

Film critic and lecturer Dr Rebecca Harrison told the BBC that while the original film is a classic, the announcement of another new film may confuse and underwhelm fans at first.

“Whether or not the film is a good idea or not is hard to say and depends on a range of decisions,” said Dr Harrison.

“Casting – will they find leads with the dance ability and chemistry of Patrick Swayze and Jennifer Grey? Music, and themes will all be important.

“And, beloved by many people for its romance-against-the-odds narrative, the original is also successful because it centres on Baby’s perspective and deals with relevant social issues including gender, class, and abortion.

“The creative team behind the new film will have to think carefully about how to tell a new yet sensitive story that’s relevant to audiences today,” she added. “Perhaps, for example, by focusing on a queer couple or addressing race.”

Dr Harrison said she would prefer to see “more original filmmaking” taking up movie theatre space than sequels or remakes. But that’s not to say that audiences won’t ultimately enjoy a new story in the Dirty Dancing canon during these troubled times.

“While Dirty Dancing: Havana Nights has a a Rotten Tomatoes [film] critics’ score of just 23%, its audience score is 78,” she noted.

“And during a period when the world is so unrelentingly awful, perhaps a feel-good dance movie is the Johnny we all need to sweep us off our feet and lift us Baby-style to a momentarily happier place.”

Other stops on the Hollywood nostalgia trip to look out for

At last year’s Comic-Con event, surprise guest Tom Cruise unveiled the trailer for the sequel to his 1986 movie Top Gun.

Top Gun: Maverick, now set for release in summer 2021, will see him revisit the brilliant-but-reckless pilot Pete “Maverick” Mitchell, still flying but seemingly unable to to let go of his past.

“To me, Top Gun is about competition, it’s about family, it’s about sacrifice , it’s about heroism, it’s about aviation,” said Cruise, who apparently does all his own stunts.

Also last year, there was some most excellent news for fans of the Bill and Ted films – as the comedy duo confirmed they will definitely be going on a third adventure.

Keanu Reeves and Alex Winter, the stars of 1989’s Bill & Ted’s Excellent Adventure and Bill and Ted’s Bogus Journey, from 1991, revealed the bodacious plan in a video message.

Winter has said that making the Bill and Ted movies was “therapeutic” and proved “helpful” to him, while he was coming to terms with childhood sexual abuse.

The new instalment, entitled Bill & Ted Face the Music, was due to arrive in cinemas in August 2020, but due to the Covid-19 pandemic that has now moved to 1 September, where it will also include an on-demand release.

In a fusion of old and new, actors Chris Pratt and Bryce Dallas Howard will rub shoulders (not literally of course, in this socially-distanced age) with the original 1993 film’s stars, Sam Neill, Laura Dern and Jeff Goldblum, in Jurassic World 3.

They will resume their old jobs as dinosaur-chasing professors for a final time, and we’ll be able to see the results for ourselves in June 2021.

And finally, it was revealed this week that plans are under way to develop a film based on the 1980s action series Knight Rider.

It spawned several TV spin spinoffs, video games and television films – the last of which was in 2008 and starred Justin Bruening, Deanna Russo and Bruce Davison.

Former video game writer TJ Fixman’s name is down to adapt the screenplay for the modern day.

He’ll be hoping it’ll be alright on the knight, whenever that is.