Home India State Do you know the significance and history behind the Delhi Metro logo? 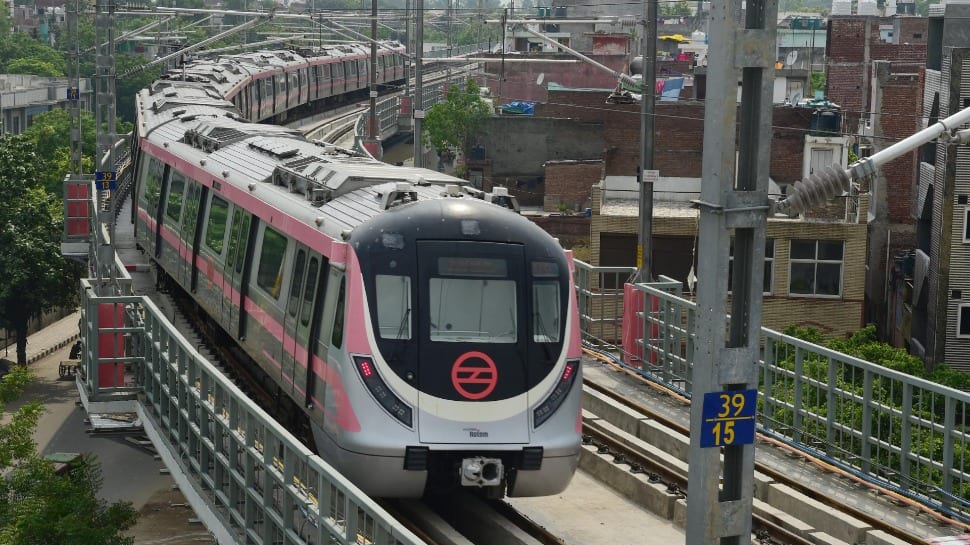 New Delhi: The logo of the Delhi Metro is now a ubiquitous symbol and widely recognised by the masses in the city, and like the tale of the birth of the pioneering rapid transit system in India, the story of the creation of its logo is equally fascinating.

The Delhi Metro Rail Corporation (DMRC), popularly known as the Delhi Metro, is visually represented on train coaches and official letterheads, among other places, with bright red railway tracks inside a bright red circle.

The logo signifies “safety, speed and reliability”, the watchwords of the Delhi Metro which had begun its commercial operation on December 25, 2002. The DMRC, which operates and manages the services, was itself established in 1995.

In these nearly two decades, the network has grown from an initial 8.2 km from Shahdara to Tis Hazari on the Red Line with just six stations, to 390 km with 285 stations (including the Noida, Greater Noida Metro Corridor and Rapid Metro, Gurgaon).

Talking of the logo’s genesis, senior officials of the DMRC said the design was developed in-house.

“No competition was held to decide on the logo of Delhi Metro. While some advertising agencies were engaged to come up with some designs, finally it was developed and finalised in-house. The logo is a graphic depiction of a rail network inside a tunnel and signifies safety, speed and reliability,” a senior official told PTI.

However, before the finalisation of the logo, Delhi Metro officials studied the logos of various prominent metro systems across the world.

“They wanted the logo to show dynamism and mobility,” he said.

At many of its metro stations, commuters are welcomed with signages bearing the famous logo and the slogan ’25 years of Delhi Metro’.

While Delhi Metro had literally broken grounds in the field of urban transportation when it had begun tunnelling work on the country’s first metro project, the number of rapid transit networks in India has grown manifold since then.

At a function held by the DMRC in early August, Union Minister of Housing and Urban Affairs Hardeep Singh Puri had said 721 km of metro line was operational in 18 cities in the country at present, and a network of 1,058 km route length with new stations was under construction in 27 cities.

The Delhi Metro has helped build many of these networks, including Jaipur Metro and Kochi Metro.

The DMRC is also currently working on the Patna Metro project, which is aimed at decongesting the city using a mass rapid transit network for the first time.

More than 7,500 entries for its logo contest were received from people across the country, spanning small towns and big cities, a senior PMRC official had told PTI on Friday.

These entries are currently being evaluated by a five-member jury and the final decision is expected to be taken on the PMRC logo by September end.

The Patna Metro is under construction in the Bihar capital, a flagship project whose foundation stone was laid by Prime Minister Narendra Modi on February 17, 2019.

Bangalore Metro logo with the tagline ‘Namma Metro’ is said to have drawn inspiration from the traditional ‘rangoli’ design, coupled with a visual depiction of the mass rapid transit system driven by cutting-edge technology.