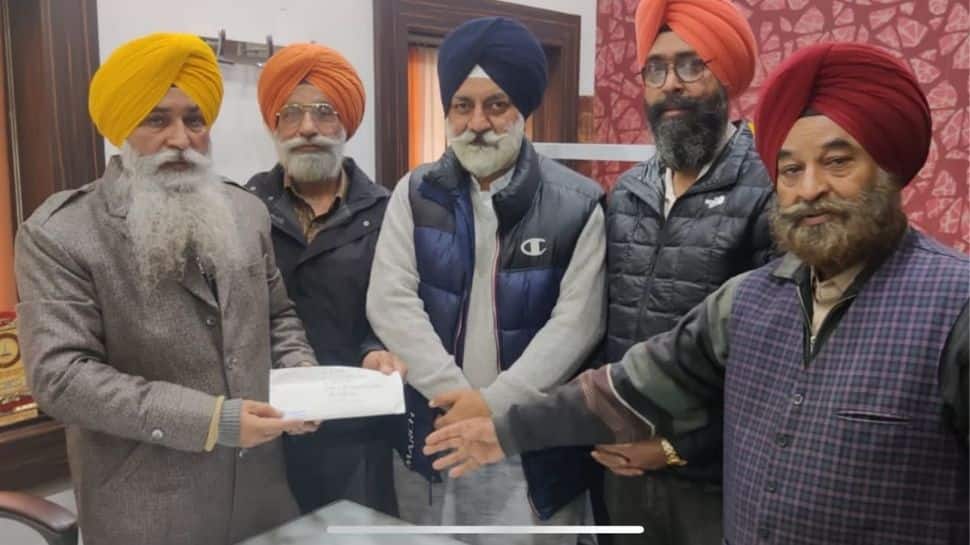 Randhawa, in a letter written to the officiating Jathedar of Akal Takht Giani Harpreet Singh, has not only objected over his appeal of making SAD(B) stronger but have also urged the officiating Jathedar to summon former Chief Minister Prakash Singh Badal and his son former Deputy Chief Minister Sukhbir Singh Badal at Akal Takht and excommunicate them.

Randhawa’s letter, written on the official letterhead of Deputy Chief Minister,  was handed over to Jaspal Singh, the personal assistant of Giani Harpreet Singh by Congressmen Bhupinder Singh Sachar, a copy of which was circulated by the District Public Relations Department.

Giani Harpreet Singh, during his address on December 2 at Gurdwara Manji Sahib Diwan Hall, situated in the Golden Temple complex, had urged the Sikh community to strengthen the Akal Takht and the SGPC. “The SAD will get stronger automatically”, he had added which irked Randhawa who shot off a letter to the officiating Jathedar.

In the same gathering, Parkash Singh Badal had apprehended that a conspiracy was being hatched to install government stooges as ‘neo masand’ in Gurdwaras.

Reacting to this Randhawa questioned, “Is there any bigger masand than the then chief minister and his son during whose regime the incidents of sacrilege had happened in Punjab.”

At the same time, Randhawa quoted some of the incidents of desecration in Punjab. However, he had also said that making an appeal of strengthening SGPC was appropriate but stating that SAD(B) would automatically get stronger had hurt the religious sentiments of Sikhs. Randhawa had also urged the officiating Jathedar to summon both father and son duo at Akal Takht and excommunicate them.

Taking no time in extending support to Badal’s, the SGPC president Harjinder Singh Dhami alleged “Sukhjinder Singh Randhawa has no right to interfere into the Panthic affairs because his mother party Congress had unseemly attempted to end Sikh community by committing genocide of Sikhs.”

He also questioned  Randhawa whether he would dare to tell Sangat about 1984 Sikh genocide committed by Congress? Ahead of the 2022 assembly elections, the war of word between SGPC and a senior minister of the Punjab government could give much-needed political fodder to both the Akalis and Congress party.