Home Middle East Dozens of public health officials across the U.S. have resigned or been... 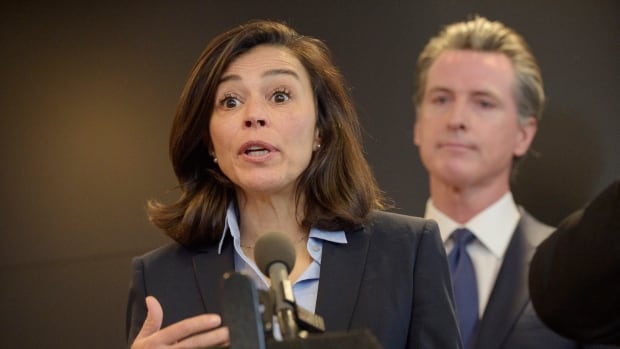 Vilified, threatened with violence and in some cases suffering from burnout, dozens of state and local public health officials around the U.S. have resigned or have been fired amid the coronavirus outbreak, a testament to how politically combustible masks, lockdowns and infection data have become.

Last week, New York City’s health commissioner was replaced after months of friction with the police department and city hall.

A review by the Kaiser Health News service and The Associated Press finds at least 48 state and local public health leaders have resigned, retired or been fired since April across 23 states. The list has grown by more than 20 people since the AP and KHN started keeping track in June.

The departures are making a bad situation worse, at a time when the U.S. needs good public health leadership the most, said Lori Tremmel Freeman, CEO of the National Association of County and City Health Officials.

“We’re moving at breakneck speed here to stop a pandemic, and you can’t afford to hit the pause button and say, ‘We’re going to change the leadership around here and we’ll get back to you after we hire somebody,”‘ Freeman said.

As of Monday, confirmed infections in the United States stood at over five million, with deaths topping 163,000, the highest in the world, according to the count kept by Johns Hopkins University.

WATCH | Fauci explains why the U.S. is not defeating coronavirus:

In an exchange with Rep. Jamie Raskin at a congressional hearing, infectious disease expert Dr. Anthony Fauci said U.S. states have not followed a unified approach to bringing COVID-19 under control. 1:32

Many of the firings and resignations have to do with conflicts over mask orders or social distancing shutdowns, Freeman said. Many politicians and ordinary Americans have argued that such measures are not needed, contrary to the scientific evidence and the advice of public health experts.

Some health officials said they were leaving for family reasons, others had planned to retire, and some left for jobs at other health agencies, such as the U.S. Centers for Disease Control and Prevention. Still, many left amid a pressure-cooker environment.

Public health leaders from Dr. Anthony Fauci down to officials in small communities have reported death threats and intimidation. Some have seen their home addresses published or have been attacked on social media. Fauci has said his wife and daughters have received serious threats.

In Ohio, the state’s health director, Dr. Amy Acton, resigned in June after months of pressure during which Republican lawmakers tried to strip her of her authority and armed protesters showed up at her house.

It was on Acton’s advice that GOP Gov. Mike DeWine became the first governor to shut down schools statewide. Acton also called off the state’s presidential primary in March just hours before polls were to open, angering those who saw it as an overreaction.

The executive director of Las Animas-Huerfano Counties District Health Department in Colorado found her car vandalized twice, and a group called Colorado Counties for Freedom ran a radio ad demanding that her authority be reduced. Kim Gonzales has remained on the job.

West Virginia Gov. Jim Justice forced the resignation of Public Health Commissioner Dr. Cathy Slemp in June over what he said were discrepancies in the data. Slemp said the department’s work had been hurt by outdated technology like fax machines and slow computer networks.

“We are driving a great aunt’s Pinto when what you need is to be driving a Ferrari,” Slemp said.

Tom Inglesby, director of the Center for Health Security at Johns Hopkins, was critical of Slemp’s firing and said it was deeply concerning that public health officials who told “uncomfortable truths” to political leaders had been removed.

“That’s terrible for the national response because what we need for getting through this, first of all, is the truth. We need data and we need people to interpret the data and help political leaders make good judgments,” Inglesby said.

In Oklahoma, both the state health commissioner and state epidemiologist have been replaced since the outbreak began in March.

In the same week that COVID-19 cases increased on average by more than 65,000 per day across the United States, President Donald Trump made some key reversals in White House pandemic policy, including guidance on wearing masks. 1:56

In rural Colorado, Emily Brown was fired in late May as director of the Rio Grande County Public Health Department after clashing with county commissioners over reopening recommendations. The person who replaced her resigned July 9.

Brown said she knows many public health department leaders who are considering resigning or retiring because of the strain.

“I think there’s a leadership gap. Our elected officials in positions of power, whether presidents, governors or mayors, they aren’t supporting staff better or aligning messages,” forcing public health officials to bear the political pressure, Brown said. “It’s really hard to hear that we could be losing that expertise.”