Home Middle East Dozens of sex abuse cases alleged in report on WHO deployment during... 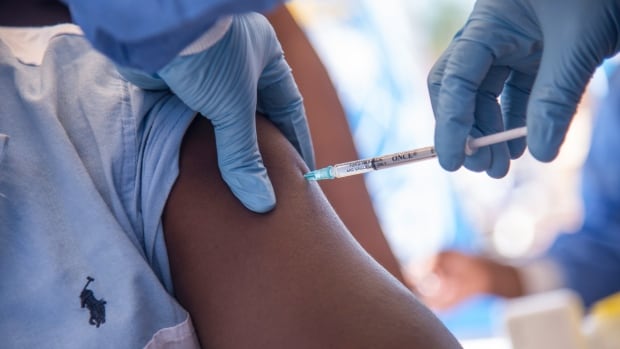 A panel commissioned by the World Health Organization has identified more than 80 alleged cases of sex abuse during the United Nations health agency’s response to an Ebola outbreak in Congo, including allegations implicating 20 WHO staff members.

The panel released its findings on Tuesday, months after an investigation by The Associated Press found senior WHO management was informed of multiple abuse claims in 2019 but failed to stop the harassment and even promoted one of the managers involved.

The report exposes the most wide-scale sexual wrongdoing linked to a UN institution in years, harking back to the dark years when blue-helmeted peacekeepers were regularly accused of sexual misconduct.

At a news conference on Tuesday, Tedros described the report’s findings as a “sickening betrayal of the people we serve,” as well as the many hard-working professionals who helped respond to the crisis in dangerous circumstances,  pointing to the fact that WHO staff and others have been killed by armed groups in Congo.

He said WHO was committed to following up on the recommendations of the report to prevent future abuses and that he hoped the report would bring some measure of peace for the victims.

“I’m sorry for the ongoing suffering,” Tedros said. “It is inexcusable. Thank you for your courage.”

“The Organization will initiate appropriate disciplinary action in respect of findings of misconduct from the investigation”-<a href=”https://twitter.com/DrTedros?ref_src=twsrc%5Etfw”>@DrTedros</a>

WHO officials said 17 of the 21 were no longer contracted to the agency, while the other four have been terminated this week.

Malick Coulibaly, a panel member, said during a media briefing Tuesday that there were nine allegations of rape. The women interviewed said the perpetrators used no birth control, resulting in some pregnancies. Some women said the men who had abused them forced them to have an abortion, Coulibaly said.

Majority of cases, but not all, involve temporary staff

The majority of the alleged perpetrators were Congolese staff hired on a temporary basis who took advantage of their apparent authority to obtain sexual favours, according to the report.

The AP published evidence in May showing that Dr. Michel Yao, a senior WHO official overseeing the Congo outbreak response was informed in writing of multiple sex abuse allegations. Yao was later promoted and recently headed WHO’s response to the Ebola outbreak in Guinea, which ended in June.

WHO doctor Jean-Paul Ngandu and two other agency officials also signed a contract promising to buy land for a young woman Ngandu allegedly impregnated; Ngandu said he was pressured to do so to protect WHO’s reputation.

The panel said that during its interview with WHO chief Tedros, he said he was made aware of the sex abuse allegations when they were revealed in the press and had not heard of the incident involving Ngandu until the AP published its story. The panel criticized WHO’s tendency to “reject all reports of sexual exploitation and abuse unless they are made in writing.”

WHO chief Tedros made 14 trips to Congo during the last outbreak and publicly commended Boubacar Diallo’s work. The AP spoke with three women who said Diallo — whose Linkedin page identifies Winnipeg as his hometown — offered them jobs in exchange for sex.

“Probably I should have asked questions,” Tedros said Tuesday in response to a reporter who asked how he could have been unaware of the allegations. The WHO leader, who last week garnered widespread support to continue for a second five-year term to begin in 2022, did not address a question as to whether he should step down as a result of the scandal.

Some of the women who say they were victimized by WHO officials said they hoped those involved would be severely punished.

Shekinah, a young Congolese woman who accepted an offer to have sex with Diallo in exchange for a job, said she hoped he would be sanctioned by the UN health agency and barred from working for WHO again.

“I would like him and other doctors who will be charged to be punished severely so that it will serve as a lesson to other untouchable doctors of the WHO,” said Shekinah, who declined to give her last name for fear of retribution. “He has no place at WHO.”

Nearly 50 countries, including Britain, the U.S., Canada and the Netherlands, later issued a statement expressing their “deep concerns” about WHO’s handling of sex abuse concerns, alluding to the AP story.

The WHO panel did not include any external police or judicial authorities and resorted to asking journalists for their contacts of women who made the sex abuse charges, including their names, addresses and photos.

Julie Londo, a member of the Congolese Union of Media Women (UCOFEM), a women’s organization that works to counter rape and sexual abuse of women in Congo, applauded WHO for punishing staffers involved in the abuse allegations, but said more was needed.

“WHO must also think about reparation for the women who were traumatized by the rapes and the dozens of children who were born with unwanted pregnancies as a result of the rapes,” she said.

“There are a dozen girls in Butembo and Beni who had children with doctors during the Ebola epidemic, but today others are sent back by their families because they had children with foreigners… We will continue our fight to end these abuses.”

According to leaked recordings of UN meetings obtained by the AP, WHO emergencies chief Dr. Michael Ryan acknowledged that the Congo sex abuse allegations were likely “the tip of an iceberg” and revealed a problem that “does reflect a culture as well.”