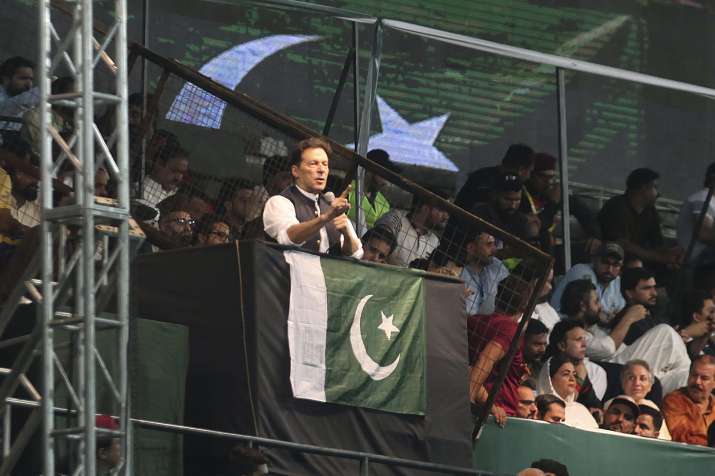 ImrankKhan Pak PM selection: Former Pakistan Prime Minister Imran Khan on Saturday blamed the “drama” over the appointment of the next Army chief for the country’s current situation and said that the successor to Gen Qamar Javed Bajwa should be appointed on the basis of merit.

Appointed in 2016, the current Chief of Army Staff Gen Bajwa, 61, is set to retire in the last week of November. The Army chief’s appointment is meant to be for three years, but Gen Bajwa was given an additional three-year term in 2019 after some political drama. Then-prime minister Khan had given him an extension in August, but the Supreme Court later demanded a legislation on the re-appointment of the services chiefs.

Pakistan’s Parliament complied in January 2020, allowing the prime minister to extend the tenure of services chiefs at his discretion. The legislation had, however, fixed 64 as the age at which a service chief must be retired.

Gen Bajwa can therefore be eligible for another term. This technicality had led to speculation that the incumbent may be seeking or interested in another extension.

A senior Pakistan Muslim League-Nawaz (PML-N) leader, who is a member of the federal Cabinet has hinted that Prime Minister Shehbaz Sharif could initiate discussions on the appointment of the next Army chief by the end of August, and pos­s­ibly take a decision by mid-September.

In a conversation with social media influencers here, the Pakistan Tehreek-e-Insaf (PTI) chairman connected the current situation in Pakistan to the Chief of Army Staff’s appointment, terming it “unfortunate” that everything in the country was happening over one appointment, the Geo News reported.

“A drama begins on the appointment of Army chief which does not happen in any part of the world,” he said, underlining that the Army chief should be appointed on the basis of merit.

He said that the Army cannot unite a country single-handedly, adding that “if the Army could unite the country, Pakistan would not have been divided” in 1971.

Later, addressing a rally here which was taken out to stage a protest against the alleged torture of his detained chief of staff Shehbaz Gill, Khan took a dig at the powerful Army, asking if it was still “neutral” when it should have stood with justice and people of the country, rather than supporting the corrupt current government.

“I want to tell my neutrals that this is a problem of Pakistan [hence] it’s imperative for you to stand with people and justice instead of thieves,” he said

Khan addressed the Army as “neutral” to express his anger and said that the “neutrals” decided to step back when his government was toppled through a “foreign conspiracy” but asked if they were still following the same policy.

He alleged that whenever police officials were asked about using force on Gill, they said they were not at fault and had received orders.

“When I asked Islamabad police that ‘tell me what did you do (to Shahbaz Gill)’, I got an answer that ‘we did nothing, we got a boot from behind to follow orders,” he said.

Gill was arrested on August 9 in connection with an FIR registered against him for allegedly inciting mutiny among the armed forces. He was detained after he appeared on ARY News and made some remarks, which the authorities said were against national security.

Khan defended Gill by saying that his chief of staff said nothing new as what he said had already been said by many politicians. He also announced to launch a case against Defence Minister Khawaja Asif and others who had been criticizing the Army in the past.

The former premier also spoke against the banning of ARY News channel, which he alleged was punished for supporting his case and that of his party.

Khan has alleged that Gill was subjected to physical and sexual violence. However, Information Minister Marriyum Aurangzeb rejected the allegation at a news conference.