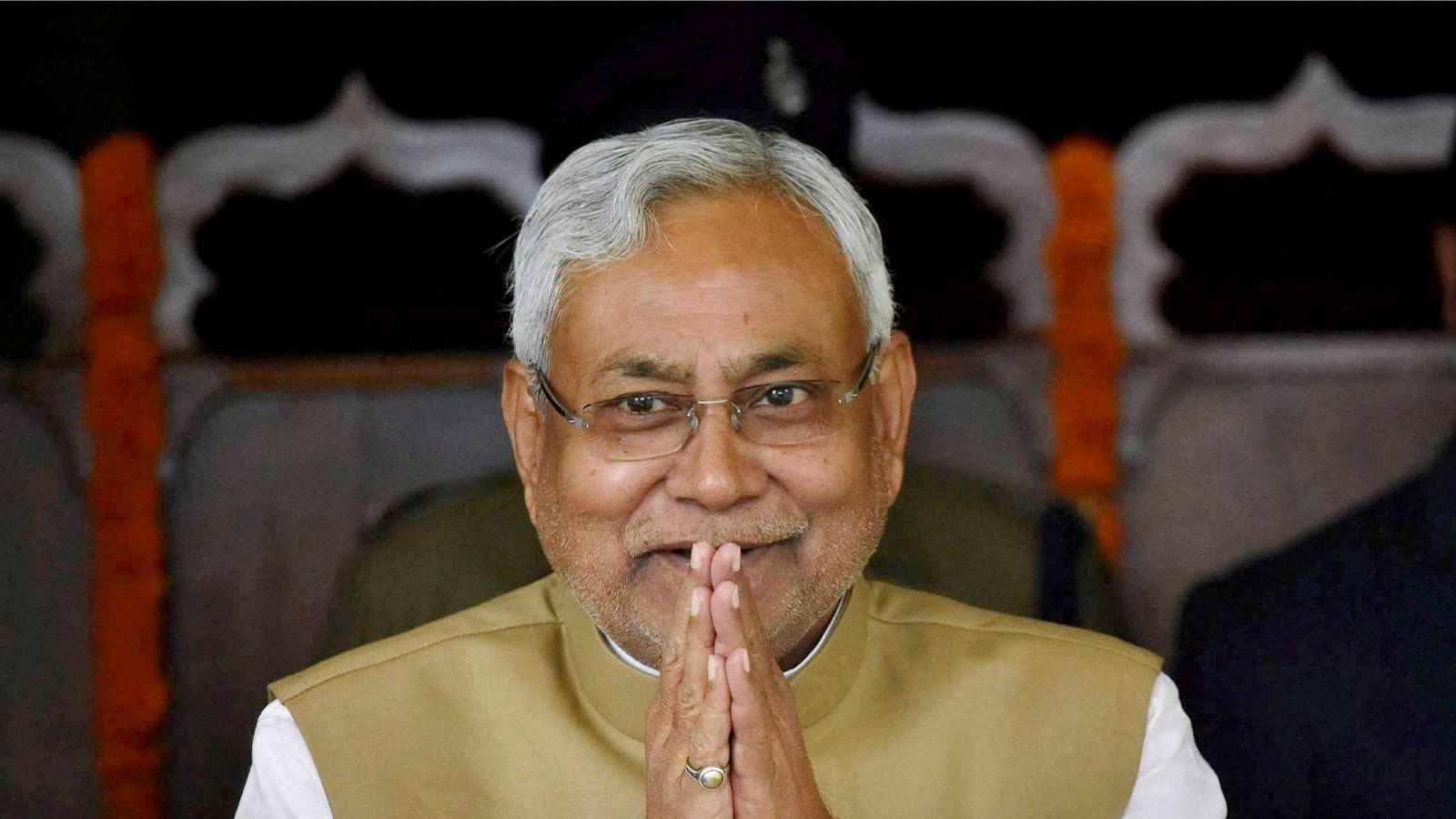 From “Nitish Sabke Hain (Nitish is of all)” in 2020, “Nyay Ke Saath Vikas, Kanoon Ka Raaj (Justice and development, with law and order)” till a few days ago, to now “Pradesh Mein Dikha, Desh Mein Dikhega (What was seen in the state, will now be seen in the country)”— the changing posters at the Janata Dal (United) office in Patna are exhibiting the journey of Bihar chief minister Nitish Kumar’s ambitions.

A day after Kumar in the presence of Telangana chief minister K Chandrashekar Rao in Patna skirted the questions of the media over him being the prime ministerial face of the opposition in 2024, his party surprised everyone with new posters at its office in Patna that seem to take on Prime Minister Narendra Modi and make a pitch for Kumar as the opposition’s face in the next general elections.

“Jumla Nahi, Haqeeqat (The reality, not a joke)”, “Mann Ka Nahi, Kaam Ki (Not of the mind, but of work)”, “Aashwasan Nahi, Sushasan (Not just assurances, but good governance)” and “Aagaaz Hua, Badlav Hoga (A start made, change will happen)” were the other new slogans on posters set up at the JD(U) office on Thursday.

These new posters seem to be directly taking on the Prime Minister and BJP and pitching Nitish on the national stage, with jibes words like “jumla” referring to the BJP’s “Rs 15 lakh promise”, PM’s Mann Ki Baat programme and reiterating Nitish Kumar’s “Sushasan Babu” image. The posters on an imminent change and Nitish’s good governance reflecting soon in the country are the ones seemingly packaging him as an alternative to PM Modi.

In alliance with the BJP till last month, the posters at the JD(U) office reflected more of the contentment of Kumar with state-level politics. One such poster had said “Prakriti Aavashakta Ki Purti Karti Hai, Parantu Lalach Ki Nahi (Nature fulfills your need, not your greed)”. Another said “Nyaay Ke Saath Vikas, Kanoon Ka Raaj (Justice and development, with law and order)”. “Seva Hi Dharm (Serving is religion)” was the message on another. A popular poster in the 2020 polls at the JD(U) office said “Nitish Sabke Hain (Nitish belongs to all)”.

A senior BJP leader in Delhi said Kumar’s PM candidate ambitions were now out in the open and this was always the reason why he had ended the alliance with the BJP as there is no vacancy for the post in the saffron party. “This (the new posters) is a feeble attempt by him to challenge Narendra Modi which will have no resonance beyond JD(U)-RJD’s caste vote bank in Bihar,” the BJP leader claimed.

Speaking to News18 in an Interview earlier, union rural development minister and BJP MP from Bihar, Giriraj Singh, had said that Nitish Kumar wants to become the PM candidate of the opposition. “It has already started when he said ‘2014 wale 2024 mein rahenge ki nahin’. He is himself now saying many phone calls are coming to him. Nachna hai toh ghoonghat kaisa, ab parda khul raha hai, baat asli yeh tha (The whole thing is now getting revealed, this was the real reason). This is why he broke the alliance and needed a face-saving reason,” Singh had told News18.

With Only Two Wins in Assembly Polls, ‘Royals’ Losing Their Charm in Himachal Pradesh

‘LoP’oint for Congress in Gujarat: May Lose Leader of Opposition Post after Pulverising Poll Rout