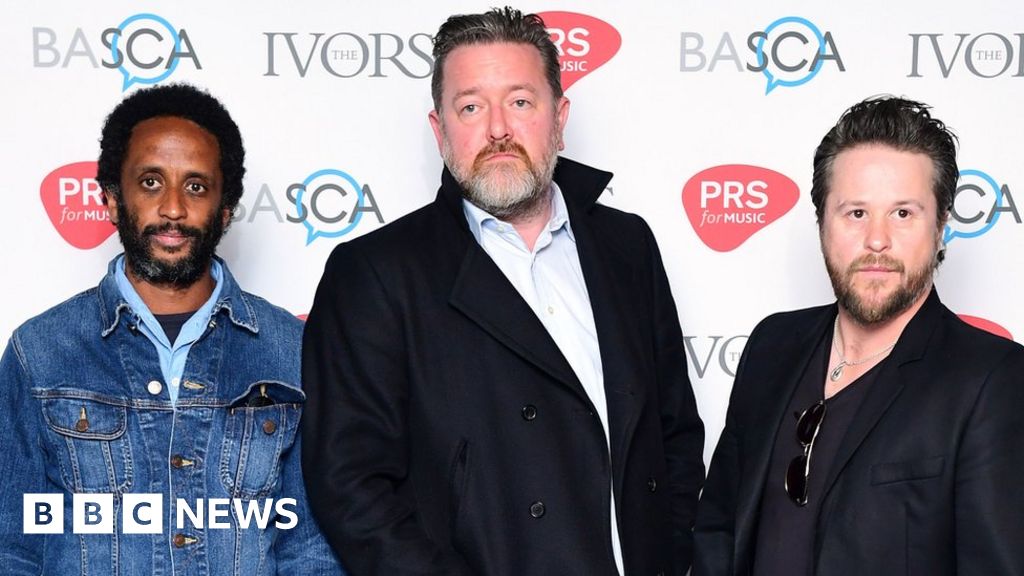 Elbow have agreed to perform a one-off gig in Manchester to help raise money for grassroots music venues.

Front man Guy Garvey said he was “very proud to be involved” in the Passport: Back To Our Roots initiative.

Everything Everything, Public Service Broadcasting and The Slow Readers Club will also give concerts once gigs are permitted with no social distancing.

Tickets to the concerts can be won via a prize draw that opens on 17 August and runs for two weeks.

Elbow will perform at Night & Day Cafe in Manchester, while Public Service Broadcasting will play at The Amersham Arms in New Cross, south-east London.

“This is a simple way of looking after the very roots of British music and will result in some powerful, joyous shows when we can at last see each other again,” said Garvey.

The Music Venue Trust (MVT) will receive 80% of the money raised.

The remaining 20% will go to the Inner City Music charity, which operates not-for-profit Manchester venue Band on the Wall.

Last month the MVT welcomed the news that up to 150 small music venues in England would share £2.25m in emergency government funding.

The organisation had previously warned that around 80% of its member venues could be forced to close as a result of the coronavirus pandemic.

“We are not complacent and are under no illusions that there still many challenges to overcome,” said the trust’s CEO and founder Mark Dayvd.

He called Passport: Back To Our Roots “an excellent and timely initiative that will help keep a spotlight on what still needs to be done”.