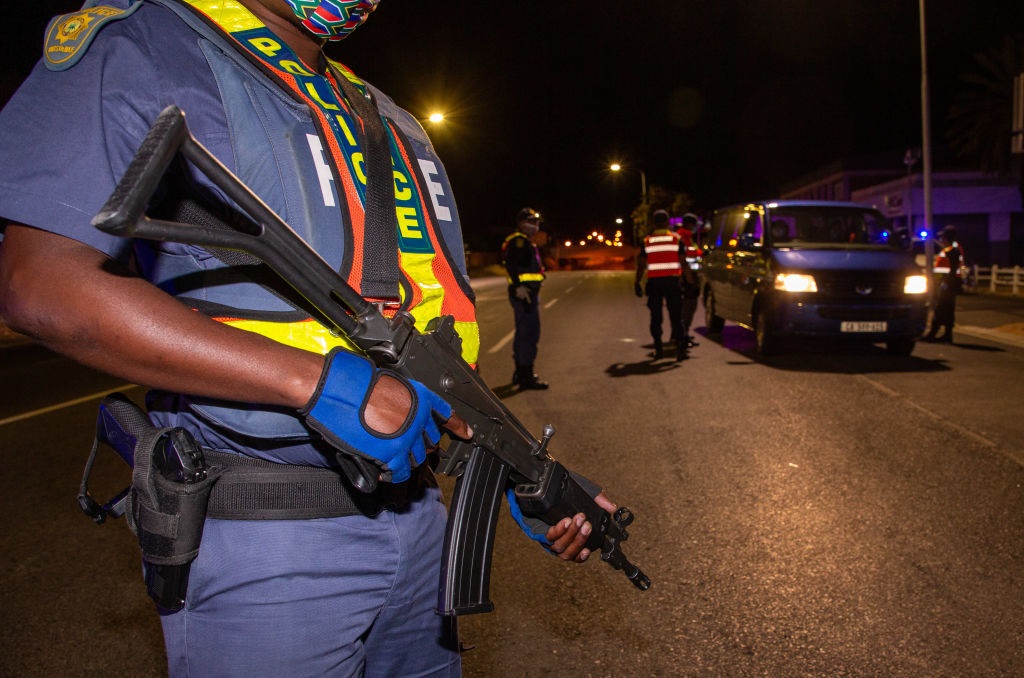 No curfew ensured that some of Cape Town’s busiest nightlife hotspots were again trading late on New Year’s Eve and into New Year’s Day.

But it also gave law enforcement agencies a chance to concentrate their efforts on preventing crime traditionally associated with the end of year celebrations.

On Thursday, Cabinet lifted the Covid-19 curfew with immediate effect and decided that all establishments serving alcohol that had licences to operate beyond 23:00 would be permitted to revert to full licence conditions.

The lifting of the curfew made the job of law enforcement slightly easier, said City of Cape Town mayoral committee member for safety and security JP Smith. He said officers did not have to “wrestle with people with no intention of obeying curfew”.

However, Smith said, the City of Cape Town’s plan had always been to allocate resources to hotspots to respond to crime and public disorder incidents.

“Officers are deployed based on where the hotspots are and enforcing curfew would not have been at the top of the list. Priority for law enforcement must remain reducing any threat to life and property,” he said.

The City deployed significant resources to areas where Capetonians were celebrating, with officers from various units pulled in to work overtime.

Smith added that as per usual many of the incidents usually experienced on New Year’s Eve result from alcohol abuse.

This included drunken fights, public disorder and crimes committed against those who were under the influence, such as card skimming and pickpocketing.

He said law enforcement officers in the city had found it near impossible to police curfew regulations among the public. They had instead focused on policing establishments operating outside of the lockdown regulations.

Mo Hendricks, Cape Town Central City Improvement District (CCID) safety and security manager, said no major incidents were recorded on New Year’s Eve, despite people coming out in numbers to enjoy themselves and do the midnight countdown for the first time in two years.

“All major primary agencies such as SAPS and city law enforcement agencies, as well as the CCID public safety teams, had been deployed in numbers to ensure people could party in a safe environment,” he said.

Hendricks said a few fights were recorded but were quickly stopped and order was restored.

“We are very glad to see the curfew lifted, and hopefully this signifies the start of the economic recovery of the city,” he added.

For the first time in two years, the popular Long Street was buzzing with people coming out to ring in the new year.

Amy Jackson, 24, from Vredehoek said she was “very happy” to be out on New Year’s Eve for a change.

“Listen, thank God the president lifted the curfew ban. I don’t think I would’ve survived another New Year’s Eve being cooped up in my bed, chatting to friends and family via WhatsApp,” she added.

She said although Long Street seemed to have “lost its touch” since the pandemic hit, it was “refreshing to be out among fellow revellers.

Newly married Vanelee and Kurtis Abrahams told News24 it was “wonderful” being out among other people.

“We actually thought it wasn’t going to be full considering lots of people went away for the festive period, but the vibe was lekker and no unnecessary drama was caused. The wearing of a mask was a bit of a problem when people started hitting the dance floor, but staff members at the clubs and bars made sure we kept them on,” giggled Vanelee.

Remofiloe Mosetlhe, 21, said she came all the way from Stellenbosch to party in Long Street.

“It was very overwhelming for a bit. There was so much going on the whole time and it was full at most of the clubs my friends and I went to, so we ended up just leaving. The clubs really felt like life before Covid,” said Mosetlhe.

Holidaymaker Jessie Geduldt, 28, said she was quite annoyed with the bumper-to-bumper traffic in the area.

“Yes, the vibe was there, and it was lovely seeing familiar faces after such a long time, but the hectic traffic in and out of Long Street was just too much for my sanity,” said Geduldt.

“There were no reports regarding incidents that occurred in Long Street last night,” he added.

Western Cape Community Safety MEC Albert Fritz said all law enforcement agencies, including the police, metro police, Law Enforcement Advancement Plan and provincial traffic officers, were deployed as part of a coordinated effort to ensure that the law was upheld.

“The Western Cape Liquor Authority has also been hard at work this festive season and will work to ensure that liquor traders observe the conditions of their licences this New Year’s Eve,” he said.

As part of this drive, the Western Cape Liquor Authority conducted 430 inspections in one week during December. Fines amounting to R35 000 were issued for contraventions, and seven licences were suspended.

‘Liquor traders must abide by the conditions of their licences’

“The figures tell the story of a Western Cape Liquor Authority that is working over the festive season to ensure that liquor traders abide by the conditions of their licences,” Fritz said.

“We are well aware of the dangers associated with excessive alcohol consumption, and the liquor inspectors [were] out on New Year’s Eve to ensure that traders abide by the conditions of their licences. We furthermore call on the SAPS to clamp down on illegal liquor traders,” he said.

City of Cape Town mayoral committee member for economic growth James Vos said the new regulations will be a “huge relief” to the tourism and hospitality industries, which “bear the brunt of the national lockdown and reduced trading time”.

News24 previously reported that the Hospitality Leadership group, a nationwide interest group for the hospitality industry, had started a petition, urging the president to end curfew. The petition gained more than 9 400 signatures.

Vos said the change in regulations will bring some relief to small businesses in the city.

The national Police Ministry had not yet commented at the time of publication.