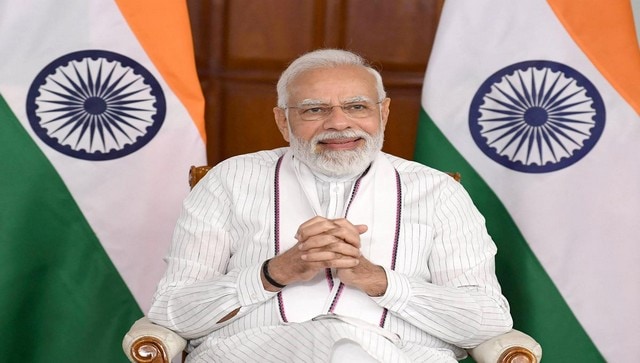 Whether it is removing the red beacon from the top of government vehicles, or waiting his turn to take the Covid vaccine, PM Modi has always put the needs of the nation’s citizens first

For years, the common man was overwhelmed by the VIP culture practised by politicians and bureaucracy in the country. Whether it was accessing public facilities, trying to secure admission for the child, or even getting an appointment with a doctor, it seemed to be an impossible task! Often, the poor were denied their basic rights as there was always a VIP waiting in the wings to be served first.

The ‘VIP first’ culture had created an atmosphere of disdain among the people and had slowly permeated into the psyche of the bureaucracy and politicians who started considering themselves to be above the system. It is no wonder that when Prime Minister Narendra Modi forayed into politics, he was very disturbed to see this misuse of power, particularly in the government.

Inspiration from his humble background

As the chief minister of Gujarat and then the prime minister, PM Modi and his family have never used his position to enjoy special treatment or take benefits. The prime minister has always cherished his humble background and his family continues to live a life of simplicity. Take the example of his mother who continues to lead a simple life despite her son being the Prime Minister of India. It is no wonder then that PM Modi always encourages Indians to draw inspiration from their roots to empower their success.

During the inauguration of the Kashi Vishwanath temple, Prime Minister Modi was seen showering petals on the labour that was involved in the construction of this grand complex. Later, he chose to eat his meal with them instead of sitting with the VIPs. This was his tribute to the workforce, which had worked tirelessly to fulfil the dreams of millions of Indians.

During the awareness drive for the Kanya Kelavani scheme in Gujarat, in the sweltering summer heat, approximately 700 top state officials, including more than 160 IAS officers, visited villages every year for 2-3 days in the third week of June to convince parents of sending their children to school, especially girls. Even then, as Chief Minister, he would visit the most backward villages to get a first-hand assessment as he believed that the maximum attention should be given to areas that had been ignored by previous governments.

In 2017, the government decided to ban red beacons atop cars of all ministers, politicians and bureaucrats, ending a practice that was seen as the ultimate status symbol and a privilege. For years, the people had to live with the menace of the red beacon cars being casually used by anyone who considered himself to be a VIP. Roads would be blocked, traffic diverted and the common man harassed so that a VIP could have complete access to a road! Therefore, it was not surprising that the decision got an overwhelming thumbs-up from the masses.

In fact, PM Modi makes it a point that he himself travels with bare minimum security and no road blockages whenever he makes an impromptu visit — be it to the Gurdwara Rakab Ganj Sahib, the visit to the construction site of the New Parliament Building or more recently, visiting the Varanasi Cantt Railway station in the night to ensure minimum disruptions to traffic.

Similarly, the hypocrisy of the country’s lawmakers was exposed when PM Modi took the decision to end all subsidies provided to the Parliament canteen in 2021. Politicians who would normally be eating in 5-star hotels, were enjoying food at the most subsidised canteen in the country. It is believed that the Prime Minister was shocked to learn about the rates at which the food was being served at a time when the common man was paying the double of that just to buy a simple meal. This decision was also cheered by millions.

India seems to find it difficult to let go of the British-era custom of giving special treatment to senior bureaucrats. Often stories have surfaced where a senior officer has demanded privileged treatment from his juniors, or even made it an unofficial protocol. There have been incidents where junior officers were publicly humiliated for not ‘according the respect’ that their seniors felt they commanded.

However, steps are now being taken to address this problem as well. For example, in an unprecedented move, the Railways Ministry brought to an end a 36-year-old protocol that mandated general managers to present themselves on arrival and departure of the Railway Board chairman and other board members during zonal visits. It was also made clear that no official will entertain bouquets and gifts at any time. Taking it a step further, all senior officials were ordered to relieve any railway staff that had been engaged as domestic help in their homes.

Prime Minister Modi took unprecedented steps during the Covid-19 pandemic that displayed the mettle of a true leader. Throughout India’s fight against the pandemic, he has prioritised administrative processes over bureaucratic approvals and red-tapism. For example, while the world struggled to access vaccines that were being developed by international pharmaceutical majors, he focused on empowering the nation with indigenously developed vaccines that would be made easily available to all and not just a select few. To achieve this, he ensured that any process/officer of the government would not become a hindrance.

For Prime Minister Modi, human life was supreme. Therefore, the detailed plan prepared by the government prioritised vaccination of the most vulnerable segment of the society over imminent personalities. While the decision was lauded by one and all, it antagonised many politicians. To drive the message through, he waited his turn to take the first dose of the vaccine, just like everyone else. His actions were clearly unlike those of select political leaders who blatantly disregard the set protocol and tried using clout to make special arrangements for themselves and their families.

It is unfortunate that for several years a large section of elected and non-elected leaders criticised each other on issues such as corruption and VIP treatment; and yet, while indulging in the same practices.

However, Prime Minister Modi’s take on the issue is different from others. It is not just about correcting the VIP culture in the country; he identifies with the despair of the common man. He is one of few political leaders who not only derive inspiration from the personalities like Mahatma Gandhi, but also from personal life experiences, to guide the people on the road to equitable development and mutual understanding.

Addressing the issue in his April 2017 Mann Ki Baat address, the prime miniser spoke about the need to end the VIP culture and replace it with EPI (every person is important) culture. Explaining that all Indians are equal, he said, “when I’m saying EPI in place of VIP, the essence of my sentiment is clear — every person is important.”

Whether it is removing the red beacon from the top of government vehicles, or waiting his turn to take the Covid vaccine, Prime Minister Modi has always put the needs of the nation’s citizens first. It is no wonder that he is the most popular and loved prime minister that India has had.

The author is a BJP MP and a party spokesperson. Views expressed are personal.