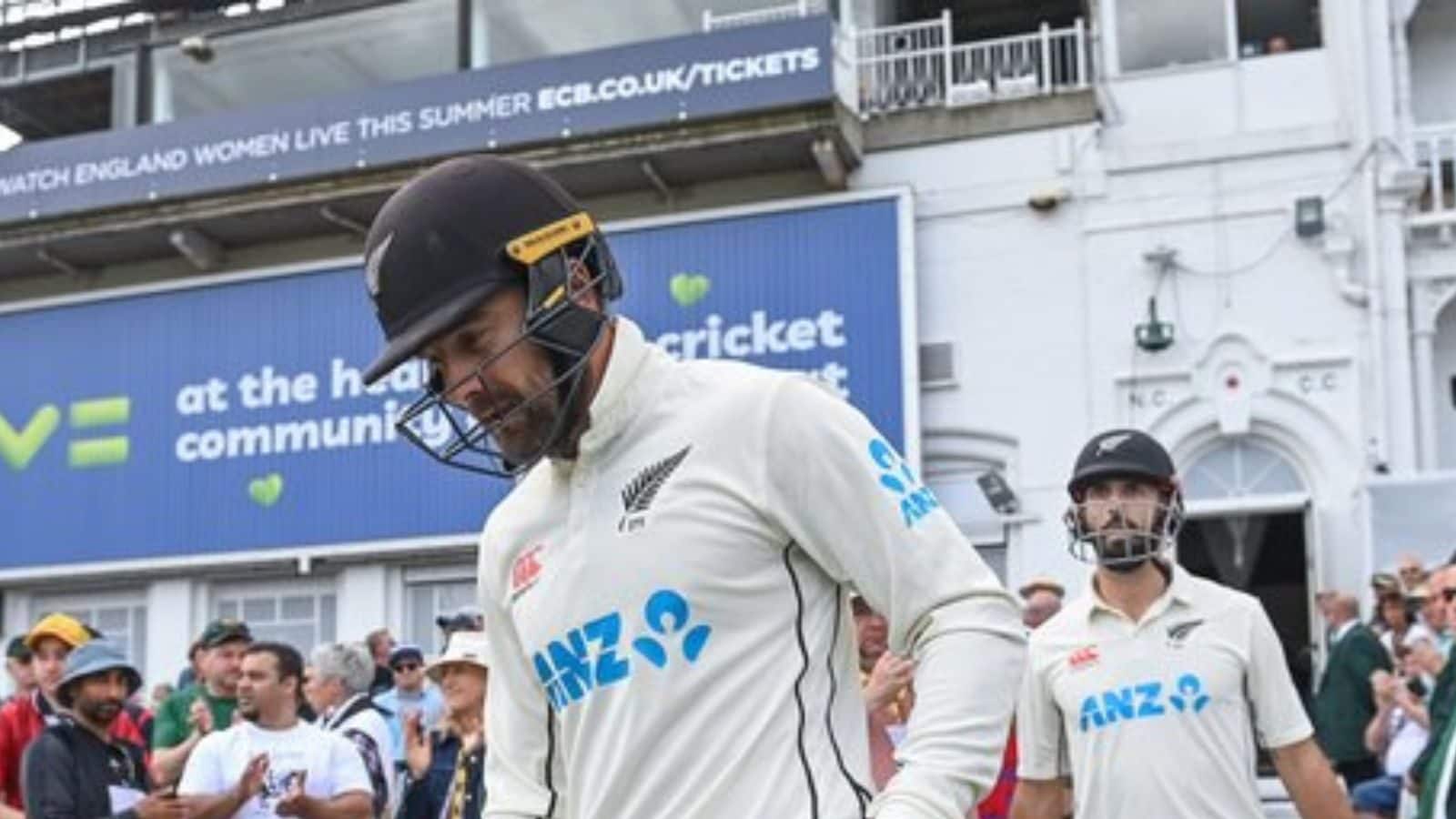 England vs New Zealand 2022, 2nd Test, Day 2 Live Cricket Score: England bowlers will look to break the 149-run partnership between Tom Blundell and Daryl Mitchell when they take the field against New Zealand on the second day of the ongoing second Test at Trent Bridge, Nottingham. Unbeaten fifties from the Kiwi duo and their big partnership frustrated the hosts in Friday. Mitchell (81 not out) and Blundell (67 not out) took New Zealand to 318/4 at stumps on Day 1.

Put in to bat first, New Zealand openers Will Young and Tom Latham provided a solid platform with their 84-run partnership. Without much swing or movement off the pitch, the Kiwi openers were able to keep the England bowlers at bay for the first hour and also did not miss out on scoring opportunities.

Skipper Ben Stokes brought himself on early in the second hour and ended up being struck for boundaries. But he also provided the much-needed wicket by sending Young (47) back to the pavilion.

Stokes could have had another wicket but an outside edge that he induced off Mitchell’s bat was put down by Joe Root at first slip. The No. 5 batter made England pay for the miss by hitting regular boundaries.

Blundell, on the other end, was more measured with his approach but also capitalised on anything that was in his area and provided good assistance to Mitchell in a productive partnership that helped New Zealand overcome the quick dismissals.

The hosts’ poor day on the field was summed up when Crawley and Jonny Bairstow were just hoping the other would go for the catch when Broad found the outside edge of Blundell’s bat with the second new ball, as the hosts endured a wicketless final session.

Here are the playing XIs:

On This Day in 2002: Yuvraj Singh’s All-Round Performance Guides India to Victory Against England

Eoin Morgan Retirement: Five Moments Which Defined One of the Best Modern-Day Skippers