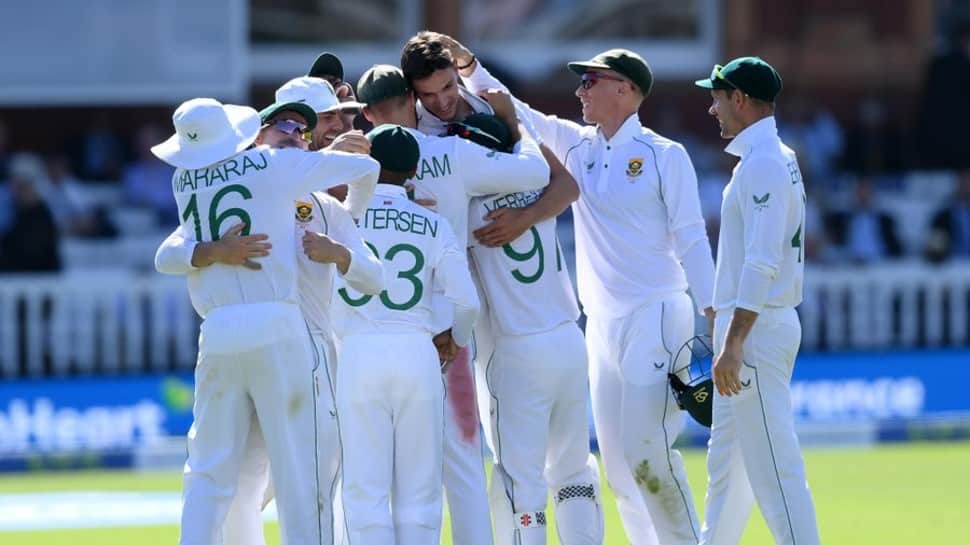 South Africa clinched a dominant victory over England as the new “bazball” era was given a reality check at Lord’s on Friday (August 19). South Africa won by an innings and 12 runs inside three days in the first Test at Lord’s after taking a lead of 161 runs into the second innings, the Proteas dismissed England for 149 in 37.4 overs before tea on Day 3 and went 1-0 ahead in the three-test series.

Under new captain Stokes and new coach Brendon McCullum, England had swept a series 3-0 against New Zealand in June and also beaten India in a test in July by taking an aggressive approach to its batting. That didn’t work against South Africa and its hostile pace attack. England lost its 20 wickets in the match in a total of 82.4 overs.

“Absolutely not,” Stokes said. “You look at captains before me, captains after me, they’re always going to get criticized at certain times about the way they want to go out and play.

“That’s just part and parcel of life. We know when we perform to how we are capable of, we can go out and put some incredible performances like everybody has seen in the four games before this.”

The South Africans resumed on 289-7 on Day 3 and were bowled out for 326 after an hour’s play. England didn’t even make it to tea. The second test starts Thursday in Manchester, where the Proteas will look to wrap up the series.

South Africa captain Dean Elgar said he couldn’t believe how quickly the match had finished, especially since around half of Day 1 was lost to rain.

“But I think I will when I wake up tomorrow with a hangover,” Elgar said.

“It was a team effort, there were a few standout performances but everyone had played their part.”

England had given itself an outside chance of victory by wrapping up South Africa’s tail quickly, with Stuart Broad taking a wonder-catch to remove Kagiso Rabada for 3 off the third ball of the day before taking the final two wickets.

Anrich Nortje was left stranded on 28 not out and then helped to run through the English batting order, claiming three wickets in just 10 deliveries in the middle of the innings.

“It was a hostile spell of bowling,” Elgar said. “He is an angry man and you don’t want to poke the bear.”

Having previously chased down high totals, including 378 to beat India, England’s batters floundered, with Alex Lees and Broad posting the highest individual scores of 35 in the second innings.

Zak Crawley’s struggles with the bat continued when an ill-judged sweep shot saw him trapped lbw for 13. The wicket of Ollie Pope for 5 on the stroke of lunch then set the tone for the rest of the dismissals continuing after the interval.

Joe Root (6) provided Lungi Ngidi with his first wicket of the innings when he steered the ball low to second slip, before Jonny Bairstow feathered a 91 mph ball from Nortje behind to wicketkeeper Kyle Verreynne.

Bairstow came into the game having averaged 76.46 in 2022, including six centuries, but only managed 0 and 18 against the Proteas. Nortje struck again in almost identical fashion, with opener Lees edging behind to leave England 86-5.

Ben Foakes was the next to make a swift return to the dressing room, for a duck after two balls, when Nortje claimed his third wicket of the day. England then slid from 86-6 to 149 all out.

“We have a little bit of work to do, but you don’t go from being a good team to a bad one overnight. As we said at the outset, you have to buckle up for the ride,” McCullum said. (With PTI inputs)