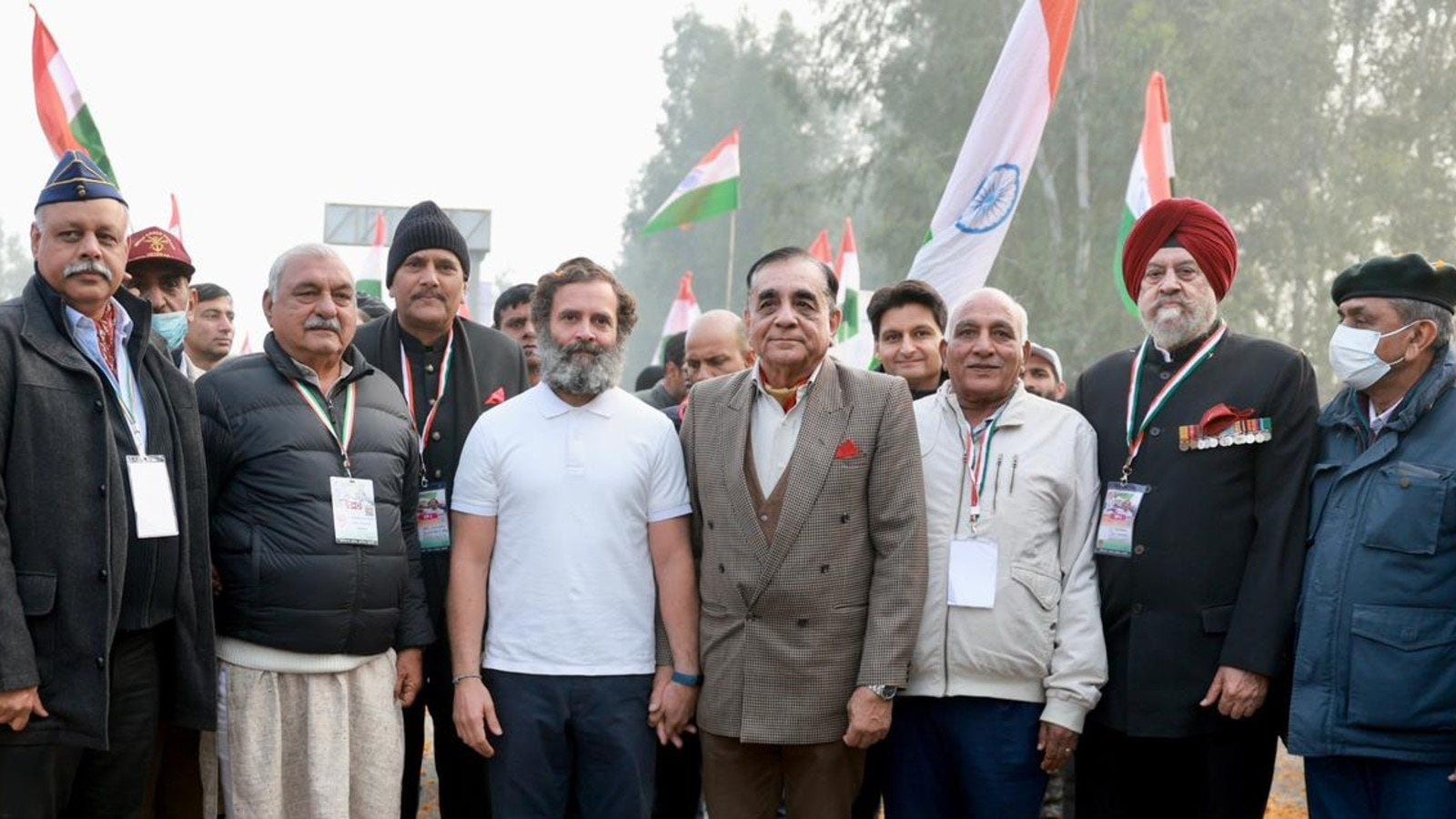 Scores of people joined the Yatra as it passed through Karnal in the morning, which is also the home constituency of Chief Minister Manohar Lal Khattar

Former Army chief Gen Deepak Kapoor and many retired top officers of the defence services joined the Rahul Gandhi-led ‘Bharat Jodo Yatra’ on Sunday which is passing through Haryana.

Amid severe cold and fog, the march resumed in the morning from Dodwa in Karnal’s Nilokheri region and entered the Kurukshetra district later in the day. Scores of people joined the Yatra as it passed through Karnal in the morning, which is also the home constituency of Chief Minister Manohar Lal Khattar.

Notably, Gen Deepak Kapoor (retd) had taken over took over as the Chief of Army Staff on 30 September 2007.

The march covered over 130 km in its first leg in Haryana from December 21 to 23, passing through Nuh, Gurugram and Faridabad districts. It re-entered Haryana’s Panipat Thursday evening from Uttar Pradesh.

The yatra, which started from Kanyakumari in Tamil Nadu on September 7, will end after reaching Srinagar by January 30 with Gandhi hoisting the national flag there. The march has so far covered Tamil Nadu, Kerala, Karnataka, Andhra Pradesh, Telangana, Maharashtra, Madhya Pradesh, Rajasthan, Delhi and Uttar Pradesh.