Home Health Explained: How scientists engineered mosquitoes that will cut the transmission of malaria 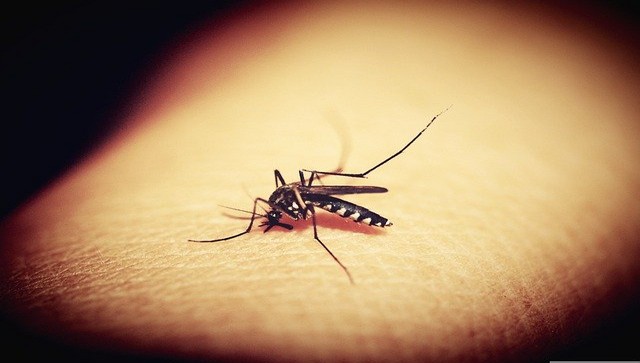 The world of science is reaching new heights. Scientists have now developed mosquitoes that will bite you but not cause malaria.

The study was conducted by a team of researchers called Transmission: Zero at the Imperial College of London. The results of the research were published in the Science Advances journal.

Genetically modified mosquitoes have the ability to slow the growth of malaria-causing parasites in their gut, an innovation that can help prevent transmission of the disease to humans.

Owing to the devastating effects of Malaria, which is putting about half of the world’s population at risk, scientists came up with this new method in the hope to deter the growth of the parasite.

Co-author of the study Dr Tibebu Habtewold, from the Department of Life Sciences at Imperial, said: “Since 2015, the progress in tackling malaria has stalled. Mosquitoes and the parasites they carry are becoming resistant to available interventions such as insecticides and treatments, and funding has plateaued. We need to develop innovative new tools.”

Let’s take a closer look at the new research.

How was the research conducted?

Researchers from the Institute for Disease Modelling at the Bill Gates and Melinda Gates Foundation developed a model which can assess the impact of such modifications if used in a variety of African settings.

They found that the modification in question could be effective even where transmission is high.

Team Transmission: Zero engineered the mosquitoes by employing the existing ‘gene drive’ technology that will spread the modification of the design and drastically cut malaria transmission.

“Gene drive is one such powerful weapon that in combination with drugs, vaccines and mosquito control can help stop the spread of malaria and save human lives,” study co-lead author Professor George Christophides said.

With partners in Tanzania, the team set up a facility to generate and handle genetically modified mosquitoes and conduct some first tests. These include collecting parasites from locally infected schoolchildren, to ensure the modification works against the parasites circulating in relevant communities.

The team is currently aiming to conduct field trials but will first thoroughly test the safety of the new modification before applying it for real-world tests.

How will it work?

Normally, the disease is transmitted between people after a female mosquito bites someone who is infected with the malaria parasite. It then develops into its next stage in the mosquito’s gut and travels to its salivary glands, following which the mosquito becomes capable of infecting the next person it bites.

These engineered mosquitoes produce compounds that impede the growth of malaria-causing parasites, which are then unlikely to reach the mosquitoes’ salivary glands and be passed on in a bite before the insects die.

Under laboratory conditions, the technique proved to be an essential tool in reducing the possibility of malaria spread. If proven safe and effective in real-world settings, it could offer a powerful new tool to help eliminate malaria.

Researchers from the Transmission: Zero team, genetically modified the main malaria-carrying species of mosquito in sub-Saharan Africa, Anopheles gambiae, such that the mosquito produces antimicrobial peptides in its guts when it takes a blood meal.

By the time, the next parasite stage could reach the mosquito salivary glands, most mosquitoes in nature are expected to die.

“We need to develop innovative new tools because mosquitoes and the parasites they carry are becoming resistant to available interventions such as insecticides and treatments, and funding has plateaued,” said co-first author of the study, Tibebu Habtewold.

“Delaying the parasite’s growth in the mosquito has opened many more opportunities to block malaria transmission from mosquitoes to humans,” said study co-first author, Astrid Hoermann.

Will the technique be used in real-life settings?

To use genetic modification to prevent malaria spread in the real world, it needs to be spread from lab-bred mosquitoes to wild ones. According to a report by Science Daily, normal interbreeding of the mosquitoes would spread the technique only to a certain extent. Since the innovation has a ‘fitness cost’ that will reduce the lifespan of mosquitoes, scientists think that it will most likely be quickly eliminated, thanks to natural selection.

The method of gene drive can be added to mosquitoes that would cause the anti-parasite genetic modification to be preferentially inherited, making it spread more widely among any natural population.

Being new, it would, however, require extremely careful planning to minimise risks before any field trials.

The Transmission: Zero team is, therefore, creating two separate but compatible strains of modified mosquitoes – one with the anti-parasite modification and one with the gene drive.

They can then test the anti-parasite modification on its own first, only adding in the gene drive once it has been shown to be effective.

They are also fully risk assessing any potential releases of modified mosquitoes, taking into account any potential hazards and making sure they have buy-in from the local community. But they are hopeful that their intervention can ultimately help in eradicating malaria.

How prevalent is malaria?

According to Centres for Disease Control and Prevention (CDC), Malaria remains one of the most severe public health problems worldwide.

Nearly half the world’s population lives in areas that are at risk of malaria transmission, as per the 2021 World Malaria Report. In 2020, the disease caused around 241 million clinical episodes and 627,000 deaths. Almost 95 per cent of these deaths were reported from the African region.