Home India Explained: Why India lags behind in organ transplant despite a rise in... Although the number of organ donations have shot up by at least 50 per cent in the last seven years in India, but they lag in keeping up with the increasing demand of patients requiring transplants, according to data.

According to the data by ORGAN India, organ donation is seeing more acceptance in India but transplants are also increasing at a much faster pace than donations.

For instance: Annual organ transplantation activity saw a jump of 77 per cent in India from 6,916 in 2014 to 12,259 in 2021. This includes transplants of kidney, liver, heart, lung, pancreas and small intestine.

In contrast, the number of organs donated by deceased donors in 2014 stood at 1,030 compared to 1,619 in last year — an increase of 57 per cent. (The numbers do not include the donations done by living donors such as for kidney or liver transplant.)

While both numbers are increasing, there is a huge gap in demand and supply.

“There is a wide gap between patients who need transplants and the organs that are available in India,” Anika Parashar, chairperson, ORGAN India, told News18. 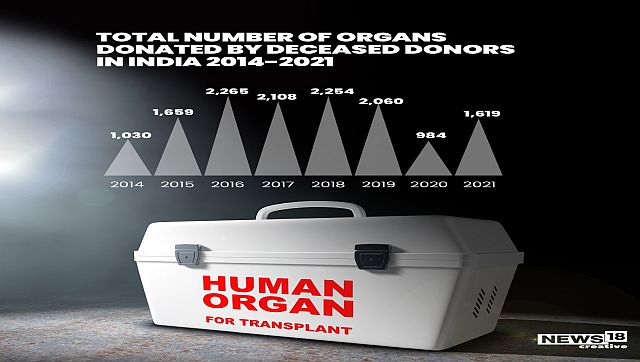 Parashar’s NGO is one of the key bodies in India working on the issue of organ donation working under the aegis of the National Organ & Tissue Transplant Organisation (NOTTO).

In a country as diverse as India, Parashar pointed out, various issues exist around organ donation including religious beliefs and superstitions apart from ignorance and hesitancy.

“There are times when a patient has pledged their organs but the family refuses to go through with it,” she said while explaining further that “When a patient is brain dead, they have no chance at life again and yet organs are not retrieved from thousands of brain-dead patients — a simple act which could help a lot of critically ill patients get a second lease on life.”

According to the government estimates on the website of the directorate general of health services (DGHS), around 1.8 lakh persons suffer from kidney failure every year. However, the number of kidney transplants done is around 6,000. 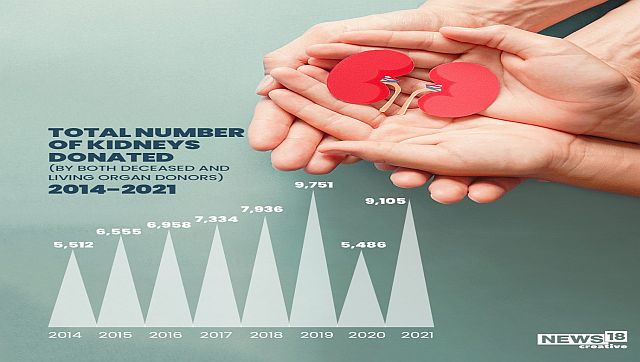 An estimated two lakh patients die of liver failure or liver cancer annually in India. About 25,000 to 30,000 liver transplants are needed annually in India but only about 1,500 are being performed.

Similarly, about 50,000 persons suffer from heart failure annually but only about 10 to 15 heart transplants are performed every year. 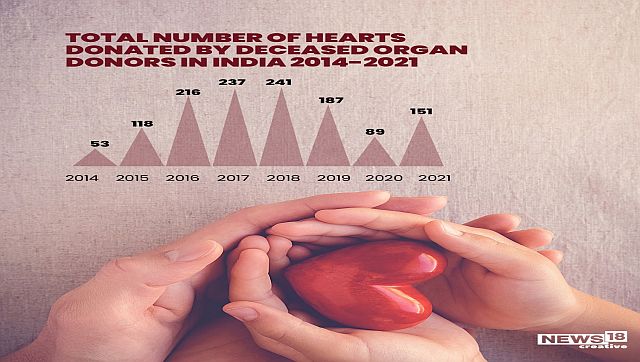 Parashar from ORGAN India says while it is difficult to estimate the gap between total organ donation and organ transplant in India, she roughly estimated that there are almost half a million people who are suffering from organ failure, and less than three per cent of them receive a life-saving organ.

While ORGAN India has not captured its own data based on gender, research carried out by Dr Vivek Kute of the Institute of Kidney Disease and Research Centre, shows that out of the 12,625 transplants in India, 72.5 per cent of recipients were men.

The analysis of the past 20 years showed that 75-80 per cent of living donors were women and the same share of the recipients were men.

“The question of why fewer women are considered worthy of receiving an organ and given that second opportunity to live than men is a question which takes us right down to our conditioning as an Indian community and the fact that women are considered less precious than men,” Parashar said.

She said the reasons why women donors are more are varied. “Emotional attachment to their husbands, financial concerns (with men being the breadwinners of the family) and their loss of life could spell doom for the entire family.”

Challenges in the system

Currently, Parashar believes, there is a disconnect in the way the system works.

“While the number of people pledging their organs are rising, we are still lagging behind other countries when it comes to actual transplants being performed.”

There needs to be more awareness and efficient logistics in hospitals and cities across the country for us to even begin to get a grip on the situation as a country.

“There needs to be proper coordination between authorities and the police, medical fraternity and families and sometimes even have the legal system involved,” Parashar said.

In short, from identification of an organ to retrieval, matching it to the right recipient to transporting it and then transplanting it, the process is long and peppered with difficulties.

Awareness in the public and medical fraternity is key. “Brain-death committees need to be set up in more hospitals in tier 1 and 2 cities and there needs to be an ecosystem that moves along the retrieval process.”

Also, she highlighted that besides this, training and collaboration between hospitals are key in making this an affordable and inclusive process. “One established hospital hand-holding another is an excellent way to establish more centres.”

The NGO has set up a 24X7 helpline for individuals and families who need support and guidance regarding donations. “We get almost 250 calls a month and our team coordinates many eye and body donations,” Parashar claimed.