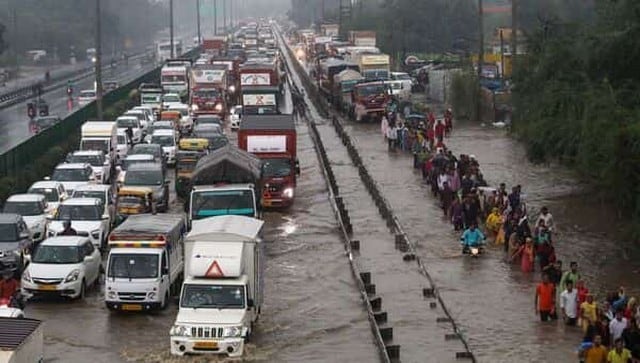 Commuters wade through waterlogged roads on the Delhi-Gurugram Expressway. Heavy rainfalls on Thursday led to traffic jams in Gurugram, Delhi and Noida. According to district administration on Thursday, Gurugram received 54 mm of rainfall. PTI

It’s the time of the year when normally monsoon starts retreating from India’s North West including the National Capital Region.

Following the trend monsoon 2022 started withdrawal from parts of West Rajasthan earlier in the week when the Indian Meteorological Department declared the withdrawal of southwest monsoon from Bikaner, Jodhpur and Naliya on 20th September as the conditions turned favourable.

At the same time, heavy rains have wreaked havoc in most parts of Delhi NCR, Haryana and western Uttar Pradesh leading to major urban waterlogging and traffic congestion for longer hours.

Heavy to very heavy rains were recorded in most parts of Delhi NCR and adjoining stations ending 8.30 am on 23 September: 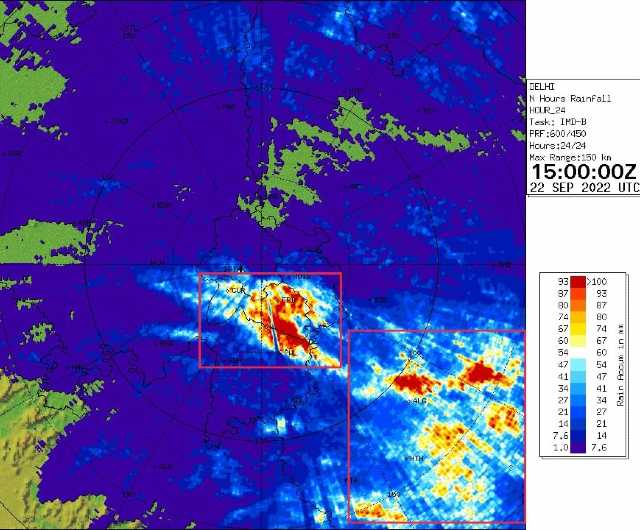 Heavy rainfall accumulation in Faridabad and Gurgaon on Thursday evening, many stations reported rains above 100mm

Safdarjung which is Delhi’s base observatory recorded 72mm rainfall in the span of 24 hours accumulating the seasonal total to 482.9mm so far, the departure from normal now stands at -23 per cent and was at -34 per cent till 22 September.

Palam airport recorded 102mm rainfall which is the highest rainfall in the month of September after 2011.

Ayanagar and Ridge both the observatories, crossed the 500mm seasonal rainfall mark today by recording 514.5mm and 506.1mm rainfall respectively till 23 September.

It’s another year of lesser rainy days but whenever it rained the intensity was on the higher side, the meteorological data suggest Delhi (Safdarjung) received 483mm rainfall till 23 September, out of this 50.9 per cent of the rainfall occurred in just three days since 1 June. Rainfall variations in Delhi since the beginning of monsoon 2022

What is the reason behind the sudden heavy rains in Delhi NCR and North India?

• A stable/ Re-curving low-pressure area is present over southwest Uttar Pradesh with the combination of the monsoon axis affecting the region and expected to hold around west UttarPradesh – South Haryana for the next two days. 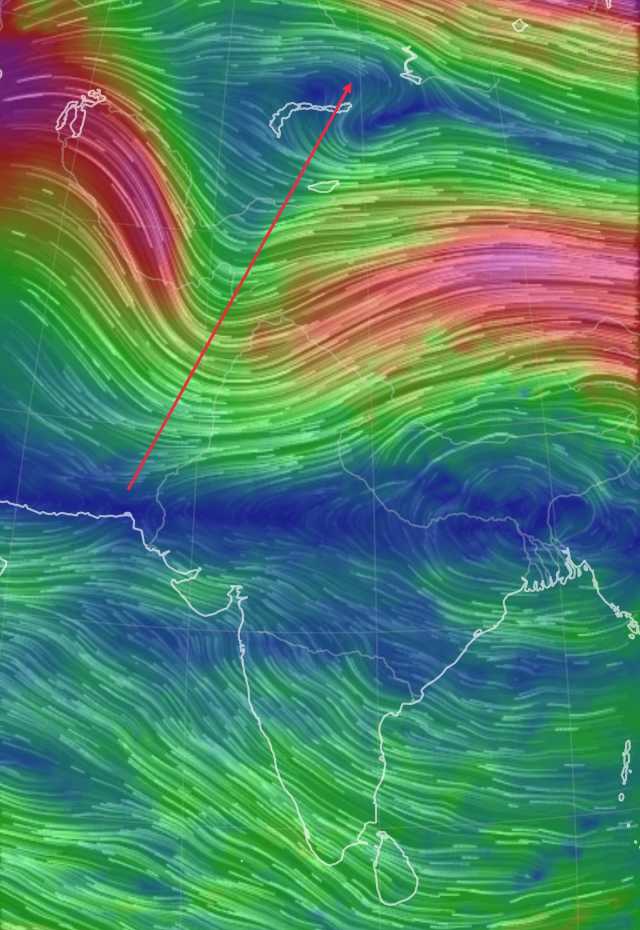 • Compact and slow moving low pressure systems are very dangerous as they bring consistent rains over a particular region for many days. What to expect ahead on the weekend

Large parts of Delhi NCR and adjoining areas are experiencing heavy and prolonged rains for the first time in this season since Thursday. The compact low pressure area will continue to influence the weather across North India on weekend.

Various parts may experience broadly 200-400mm of rainfall in this period, close to half of the annual normal rains for a few stations. Such sudden bursts of rains will lead to urban water logging and flood-like conditions in low lying areas.

Agriculture-wise heavy rains may damage paddy crops as this quantity of rain is not required around this time of the year. Also, fields may remain waterlogged for a longer time potentially delaying the sowing of Rabi crops for the next season.

When will the monsoon withdraw from North India?

The impact of the low-pressure area will fade away from the region by Monday and dry weather will prevail. As per the official criteria, dry weather should be observed over the region along with a reduction in moisture content. In the satellite imagery, the following criteria will be met by the end of September or early October and the monsoon will withdraw from the northern parts of the country.