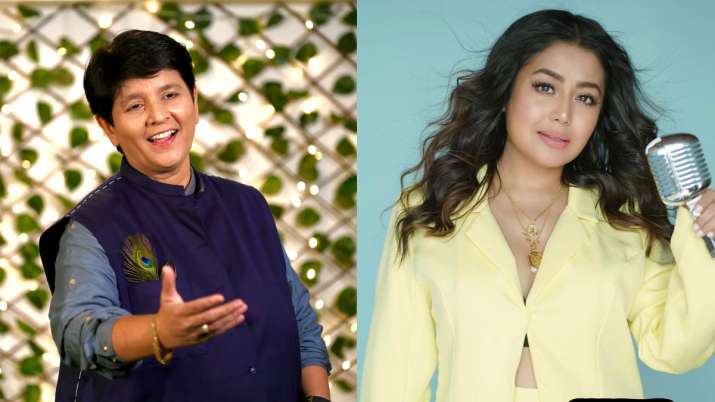 Singer Falguni Pathak doesn’t seem to be pleased with Neha Kakkar’s new song ‘O Sajna’, which is a recreation of her iconic song Maine Payal Hai Chhankai’. The song featuring Priyank Sharma and Dhanashree Verma, and Neha was out received extensive backlash from the netizens. They criticised Neha for ‘ruining’ the original song. Falguni reposted a handful of such comments on Instagram stories.

“How long you can go Neha Kakkar? Stop ruining our old classics for us. Falguni Pathak is the OG. Stop with it already,” one of the posts on Falguni’s Instagram Story read. One person asked Neha to use her “brain and art to produce original content” instead of “trying to earn money out of a product that’s already available in the market”. Another one wrote, “Sorry to our childhood memories that’s being ruined with this cringe.” A third comment reshared by Falguni read, “Band karo ye paap. Please someone ban these autotune singers and their remakes lol.” 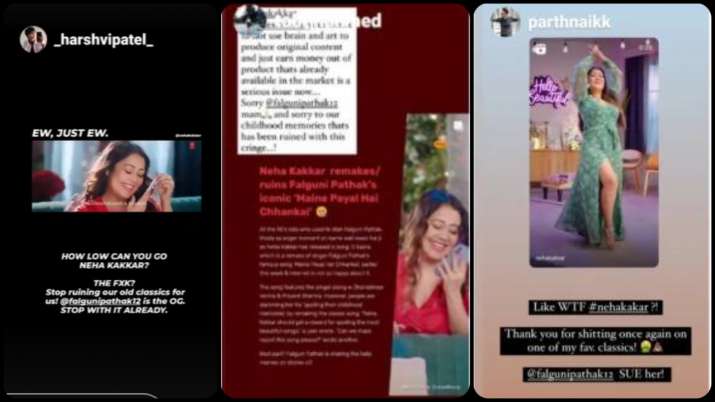 The original song was released in 1999 and it featured actor Vivan Bhatena and Nikhila Palat. The song was played out as a puppet show in a college fest. The song was a massive hit. The new version was unveiled recently. Priyank Sharma and Dhanashree Verma have featured in the music video of ‘O Sajna’. Tanishk Bagchi, who is known for recreating old hit Hindi songs, has composed ‘O Sajna’.