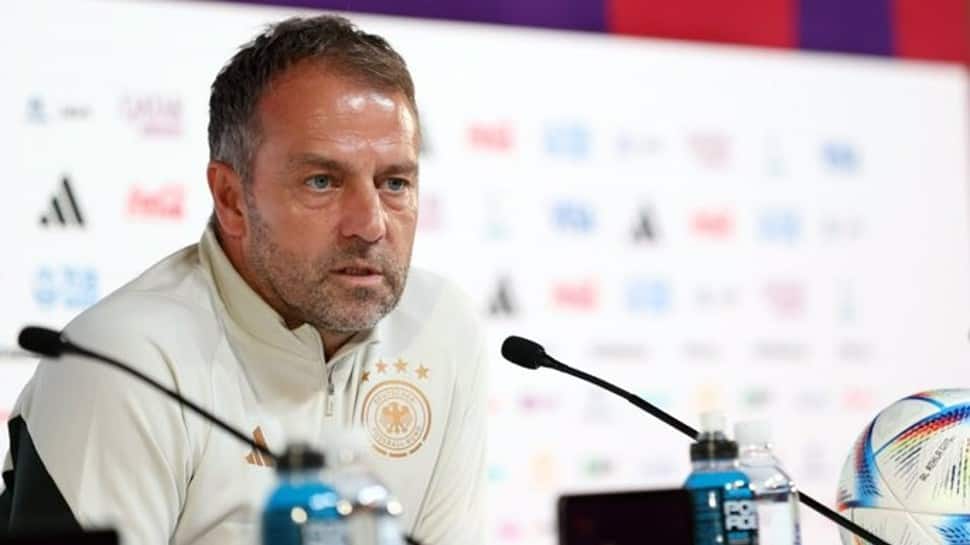 FIFA have fined the German football team after their clash against Spain on November 28, as the team refused to send a player to their pre-match press conference. The Group E fixture between Germany and Spain ended as a 1-1 draw with Alvaro Morata and Niclas Fullkrug getting their names on the scoresheet. The Hansi Flick managed side have only registered one win so far and the four-time World Cup champions have a very slim hope of qualifying for the knockout stages in the FIFA World Cup 2022 Qatar. A loss against Spain would not have eliminated Germany, but it would have left the team in a much more difficult position.

A statement issued by FIFA on Tuesday noted that the German team has been slapped with a fine of 10,000 Swiss Francs. (Follow LIVE FIFA WC action here)

Germany coach Hansi Flick had refused to send a player to the press conference, saying he wanted them to focus on the match against Spain.

Germany is preparing for a match against Costa Rica in the last round of Group E matches. Germany’s scenario on qualifying for the next round will get summed up on Thursday against Costa Rica. Germany need to win their match against Costa Rica and also the other results should go their way. Germany were one of the hot favourites to win the FIFA World Cup in Qatar this year and will surely look to make a statement in their upcoming game after a disappointing start to their campaign so far. (With IANS inputs)