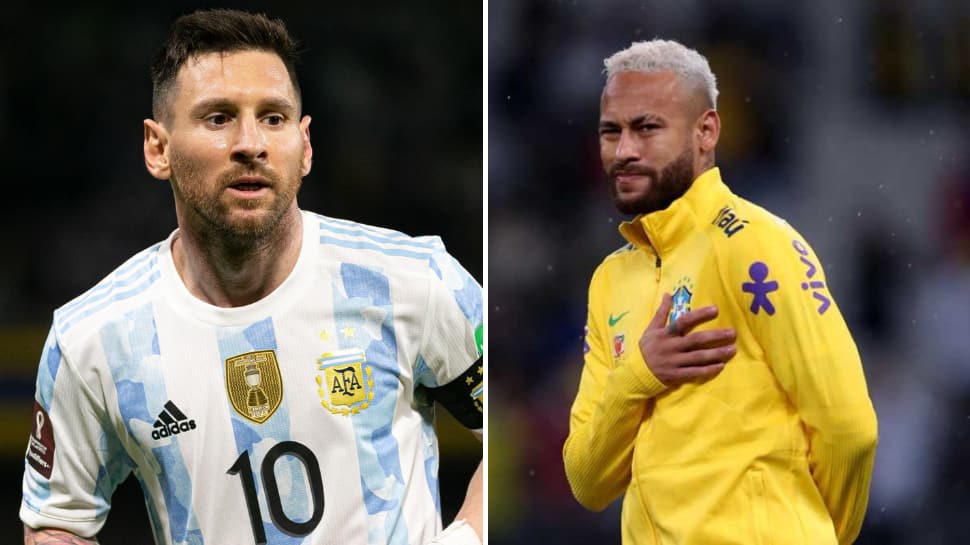 FIFA World Cup 2022 Qatar: Lionel Messi’s Argentina and Neymar’s Brazil are the favourites to win the World Cup in Qatar says Former German and U.S. national coach Jurgen Klinsmann. Seven-time Ballon d’Or winner Leo Messi, who’s likely to play his fifth and last FIFA World Cup is expected to produce his magic once again on the football field by Klinsmann and almost every football fan around the globe. On the other hand, Neymar is in his prime and he has already stated that he will play this World Cup as if it will be his last. (WATCH: Indian fans show support to Lionel Messi’s Argentina in Qatar)

“Brazil has played a very successful qualification campaign and, like Argentina, has the feeling of having to prove they can do better than in the previous World Cups,” the 58-year-old told Xinhua in an interview. (FIFA World Cup 2022: Five-time champions Brazil squad)

Participating teams will have to face unpredictable challenges at the Qatar tournament. “We can’t evaluate at present and I am, for some reason, sure Brazil and Argentina will get along best.”

The Qatar tournament is demanding so far unknown surprises for the teams as it is the first played out under these circumstances amid a running season and in winter, the 1990 world champion added. Both South American nations are in top shape, the 1996 European champion stated. “They are my favourites to win the title.”

Leo Messi: “I’m not the one to make promises, I just always think that God is the one who decides, God knows when the time is and what has to happen. And I am always grateful for everything that happened to me. What has to come, will come and I think he’s the one who decides.” pic.twitter.com/fb037qqbjb
— All About Argentina (@AlbicelesteTalk) November 11, 2022

From the former Bayern coach`s perspective, if Cristiano Ronaldo can forget about this season`s difficulties with his side Manchester United, 2016 European champion Portugal might slip into the role of the tournament`s surprise.

“If there is a surprise, I guess it might be Portugal,” he said. Brazil and Argentina are eager to break the series of European victories when it comes to the previous four tournaments, the former Tottenham Hotspur and Inter Milan striker commented. The key to success in Qatar is the team`s opening group games. “A win at the start can take you to something and ease the pressure on your shoulders.”

Regarding the German team, Klinsmann is predicting a close race to get the team`s newly-formed defense as only a short period of one week is available to get in shape. The poor performance at the 2018 World Cup in Russia has vanished the reputation of always being good when a major tournament is on.

Germany’s curtain raiser against Japan might deliver the first answers, Klinsmann said. The 2022 tournament is the chance to launch a re-start for Germany as the team seemed to struggle since taking the trophy in 2014, reports Xinhua. Due to Japan’s improvement over the past years, the game is far from a piece of cake for the team of national coach Hansi Flick. The outcome will depend on the ability of the German team to deal with a very short preparation phase of only a week.

“Other teams have the same problem, but Germany always used the weeks in advance to develop a special team spirit giving them an advantage.” (With IANS inputs)