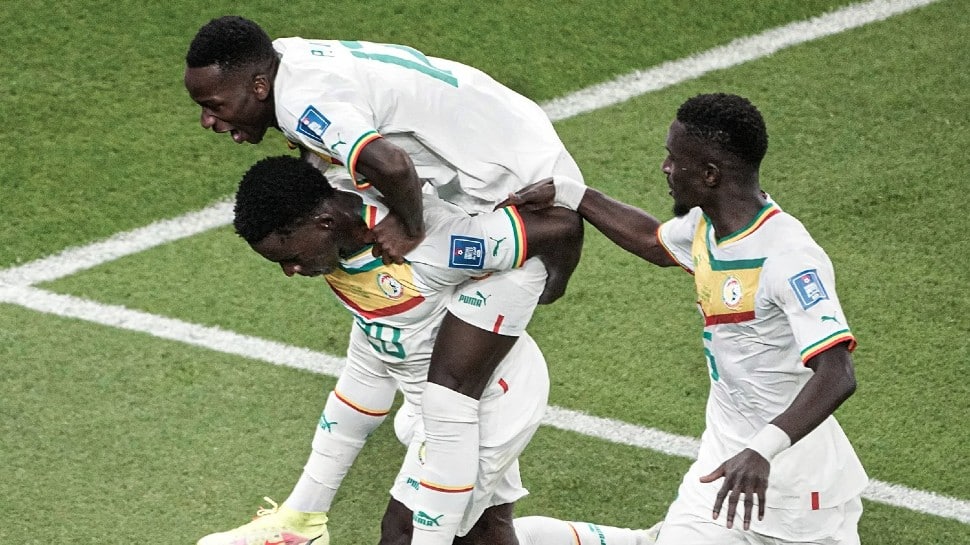 FIFA World Cup 2022: Goals from Boulaye Dia, Famara Diedhiou and Bamba Dieng helped Senegal register a convincing 3-1 win over host Qatar in the Group A match being played at Al Thumama Stadium. Mohammed Muntari scored the lone goal for the host and became the first goal-scorer for the country. Senegal also enjoyed more possession having 55 per cent of it in comparison to Qatar which had only 45.

The African side also had five shots on target in comparison to Qatar who had three.In the fourth minute, Senegal`s Ismaila Sarr right footed shot from a difficult angle on the right was close but misses to the right. Eleven minutes later Qatar`s Akram Afif`s right-footed shot from outside the box went above the goal post.

In the 41st minute, Boulaye Dia`s right-footed shot from the centre of the box to the bottom left corner helped Senegal take a 1-0 lead which they maintained going into half-time.

You can be sure Senegal fans will be bringing the party against Qatar #Qatar2022 | #FIFAWorldCup pic.twitter.com/YJaH0VSnTB

In the second half too Senegal looked more convincing scoring a goal in the 48th minute. Mohammed Muntari pulled one goal back for Qatar by scoring in the 78th minute. Assisted by Ismaeel Mohammad with a cross Muntari`s header from the centre of the box went on to hit the bottom of the left corner.

Muntari became the first goal-scorer for his country in the FIFA World Cup. His goal made the fans erupt in joy. But the joy of home fans was short-lived as six minutes later Bamba Dieng once again restored a two-goal lead for Senegal. The West African maintained this lead right till the end and sealed the match 3-1 in their favour. (With ANI inputs)

FC Barcelona vs Girona Match Live Streaming: When and Where to Watch BAR vs GIR LaLiga Match in India?