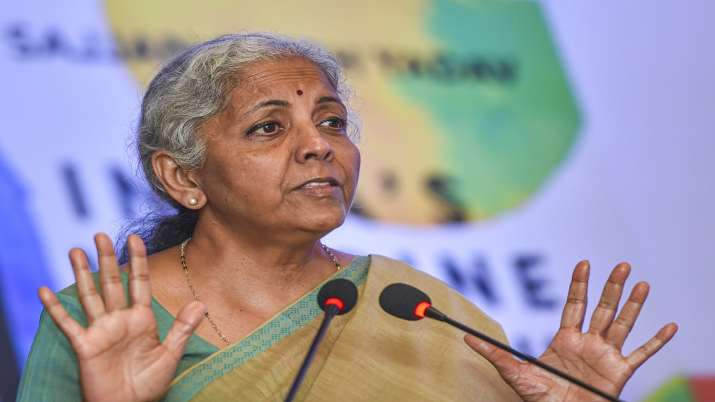 The Ministry of Finance will begin its exercise to prepare the annual budget for 2023-24 from October 10, in the backdrop of the revival of the Indian economy and fears of a recession in developed countries. The budget for the next year will be addressing critical issues of high inflation, job creation, boosting demand, and putting the economy on a sustained 8 percent-plus growth path.

On Wednesday, finance minister Nirmala Sitharaman said inflation is no longer “red-lettered” and the priority for the government now is job creation and boosting growth. “Some of course are red-lettered (priorities), some may not be. Red-lettered ones would of course be jobs, equitable wealth distribution, and making sure India is moving on the path of growth. “In that sense inflation is not red-lettered. I hope it doesn’t surprise many of you. We have shown that in the past couple of months that we were able to bring it to a manageable level,” she said. It will be the fifth budget of the Modi 2.0 government and Sitharaman and the last full budget before the general elections slated in April-May 2024.

During the election year, the government presents a Vote on Account for a limited period. Usually, the budget is cleared till July. “Pre-budget meetings chaired by the secretary (Expenditure) shall commence on October 10, 2022,” according to the Budget Circular (2023-24) of the Budget Division of the Department of Economic Affairs dated September 6, 2022. “Financial advisers should ensure that the necessary details required in the appendices I to VII are properly entered. Hard copies of the data along with specified formats should be submitted for cross-verification,” the circular added.

The Budget Estimates for 2023-24 will be provisionally finalized after the completion of pre-budget meetings, it said, adding, that RE (Revised Estimate) meetings will continue till around mid-November, 2022. “All the ministries/departments should submit details of autonomous bodies/ implementing agencies, for which a dedicated corpus fund has been created. The reasons for their continuance and requirement of grant-in-aid support, and why the same should not be wound up, should be explained,” it said. As a follow-up action on the National Monetisation Pipeline, it said, departments may be required to explain progress in asset monetization.

The Budget 2022-23 is likely to be presented on February 1 during the first half of the Parliament’s Budget session which usually begins in the last week of January every year. The Budget for the current fiscal had projected a growth rate of about 7-7.5 percent in real terms, while the fiscal deficit was pegged at 6.4 percent of the gross domestic product (GDP).

Prime Minister Narendra Modi-led government scrapped a colonial-era tradition of presenting the Budget at the end of February. The then finance minister Arun Jaitley had for the first time presented the annual accounts on February 1, 2017. With the preponement of the Budget, ministries are now allocated their budgeted funds from the start of the financial year beginning in April. This gives government departments more leeway to spend, as well as allows companies time to adapt to business and taxation plans.

Previously, when the Budget was presented at the end of February, the three-stage Parliament approval process used to get completed some time in mid-May, weeks ahead of the onset of monsoon rains. This meant government departments would start spending on projects only from August-end or September, after the monsoon season ended.