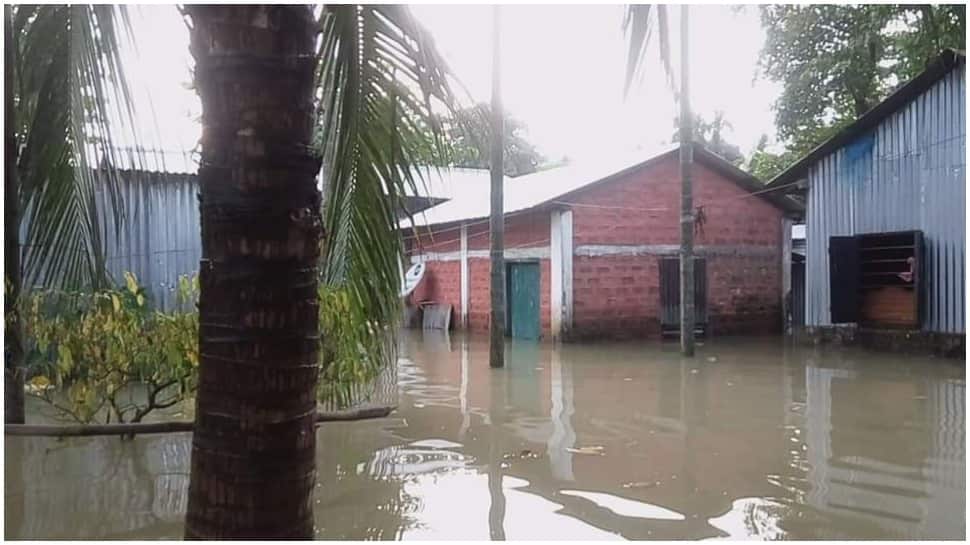 Guwahati: Assam’s flood situation improved considerably on Monday with the water level has gone down in river Brahmaputra and its major tributaries, even as one more fatality was reported from Morigaon district.

A child died after being swept away by floodwaters in Morigaon during the day, raising the toll due to the calamity to eight, according to a bulletin issued by the Assam State Disaster Management Authority (ASDMA).

Over 43,000 people in 12 districts of the state, including Barpeta, Chirang, Darrang, Dhemaji, Goalpara, Golaghat, Kamrup Rural, Kamrup Metro, are reeling under the crisis caused by torrential rain in the past few weeks, the bulletin said.

Golaghat is the worst affected with lives of 29,857 people disrupted due to the disaster, followed by Morigaon at 10,536. As many as 718 people have taken shelter in 14 relief camps set up by the authorities in four districts of the state.

A rhino drowned in the floodwaters in Kaziranga National Park and Tiger Reserve, where 21 of the 223 camps still lay inundated, an official said.
The park official also said that 24 animals, including two rhinos, two swamp deers, 17 hog deer, a python, a wild buffalo and a cap langur, have died so far, while four other animals were rescued by the forest personnel. A total of 1,78,434 domestic animals and poultry have been affected by the current wave of floods, according to the bulletin.

Large-scale erosion has been reported from Barpeta, Biswanath, Bongaigaon, Goalpara, Jorhat, Morigaon, and Sonitpur areas.
Roads, bridges, and other infrastructure have been reportedly damaged by the floodwaters in Dhubri and South Salmara.
Crops have also suffered extensive damage in parts of the state, with 15,981 hectares submerged under floodwater. PTI