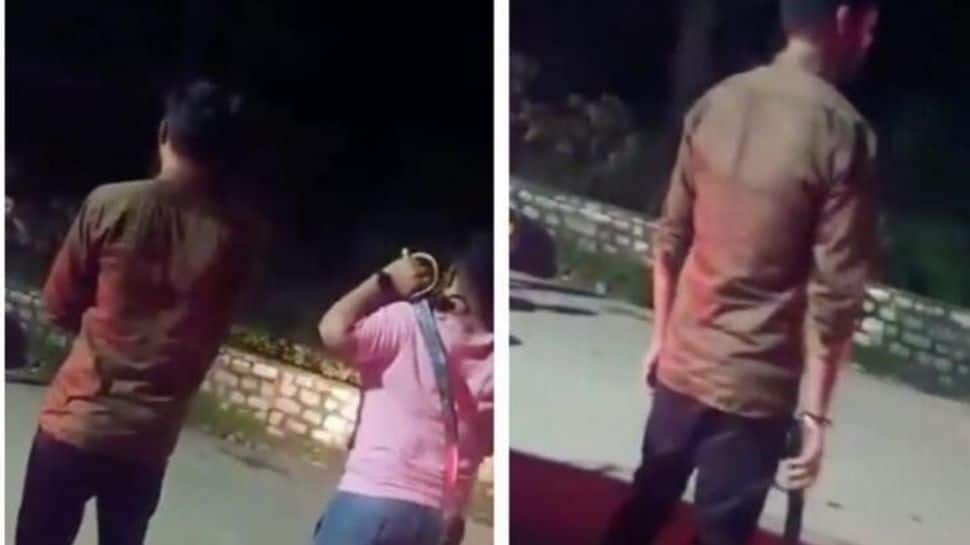 New Delhi: Four men from Punjab have been taken into custody by police in Himachal Pradesh’s Manali for allegedly attacking a local with swords. The incident came to light after a video went viral on social media, where the tourists can be seen taking out their swords following a scuffle with the local.

The most shocking update was that the incident took place only 100 metres away from the Manali police station.

According to the reports, the whole scuffle broke out after one car overtook the other. Following this, the tourists allegedly took out swords and broke into a fight with the local.

Himachal Pradesh | Four tourists from Punjab arrested for attacking public with swords in Manali after they were asked to reverse their car, which was causing traffic jam; one injured. A case has been registered under relevant sections of IPC and Arms Act: Gurdev Sharma, SP Kullu pic.twitter.com/I7TVtfHNs0

“Four tourists from Punjab have been arrested for attacking public with swords in Manali after they were asked to reverse their car,” Kullu SP Gurdev Sharma said.

“Their car was causing a traffic jam, he further said, adding that a person was injured. A case has been registered under relevant sections of IPC and Arms Act against the tourists,” he added.

The reports also revealed that the local suffered minor injuries.