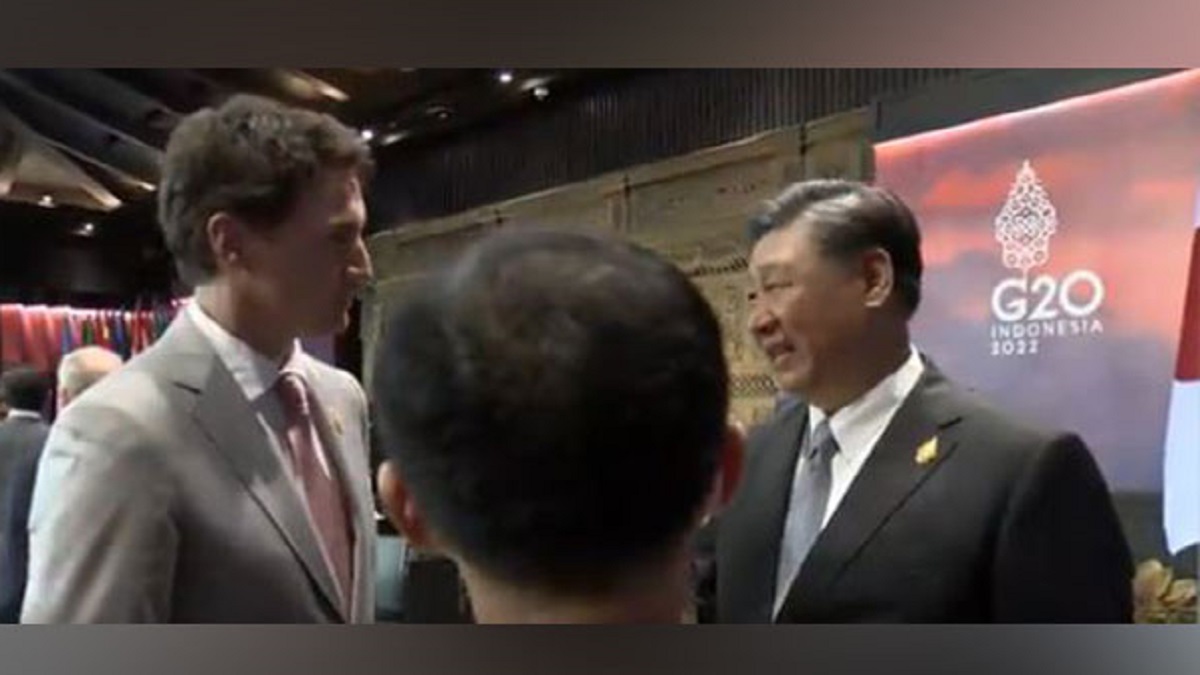 G20 Summit 2022: Chinese President Xi Jinping and Canadian Prime Minister Justin Trudeau had a heated exchange of words during their conversation on the sidelines of the G20 summit in Bali on Wednesday.

The incident happened when the Chinese leader complained about the media reporting about their communication, according to a video of the meeting posted by a Canada-based journalist.

In the video, Xi is heard expressing his displeasure about talks between China and Canada being leaked to the Canadian Press.

The two leaders had earlier met on Tuesday on the sidelines of the summit.

“The Cdn Pool cam captured a tough talk between Chinese President Xi & PM Trudeau at the G20 today. In it, Xi expressed his displeasure that everything discussed yesterday “has been leaked to the paper(s), that’s not appropriate… & that’s not the way the conversation was conducted,” Annie Bergeron-Oliver from the Canadian press CTV National News said in a tweet.

Speaking through an interpreter, Xi said, “Everything we decided has been leaked to the papers that’s not appropriate… and that’s not the way the conversation was conducted if there is sincerity on your part…”

The Canadian prime minister is heard stating that there was free, open and frank dialogue and that there will be things the two countries disagree on.

“We will continue to help…work constructively together but there will be many things we will disagree on,” Trudeau said.

The two leaders shook hands after the brief conversation.

Trudeau had raised “serious concerns” over alleged Chinese interference in Canada in brief talks with Xi on the sidelines of this week’s Group of 20 (G20) meeting in Indonesia.

The Canadian prime minister’s office said in a readout on Tuesday that the two leaders discussed North Korea and Russia’s invasion of Ukraine, while Trudeau “also raised our serious concerns around interference activities in Canada”.

Last week, Canadian media outlet Global News reported that Canadian intelligence officials had warned Trudeau that China was “targeting Canada with a vast campaign of foreign interference, ” including meddling in the country’s 2019 elections.

The Royal Canadian Mounted Police (RCMP) on Monday arrested a man in the province of Quebec for espionage, accusing 35-year-old Yuesheng Wang of obtaining trade secrets to benefit the Chinese government.

While the standoff ended when all three people were released last year, relations have remained sour over several points of contention, including human rights and trade.

In their talks on Tuesday, Trudeau and Xi “discussed the importance of continued dialogue”, the readout from Trudeau’s office said.

The two leaders last met in June 2019 on the sidelines of another G20 in Osaka, Japan.

They met three other times previously, once in 2015 on the sidelines of the G20 in Turkey, and twice during official visits in Beijing in 2016 and 2017.