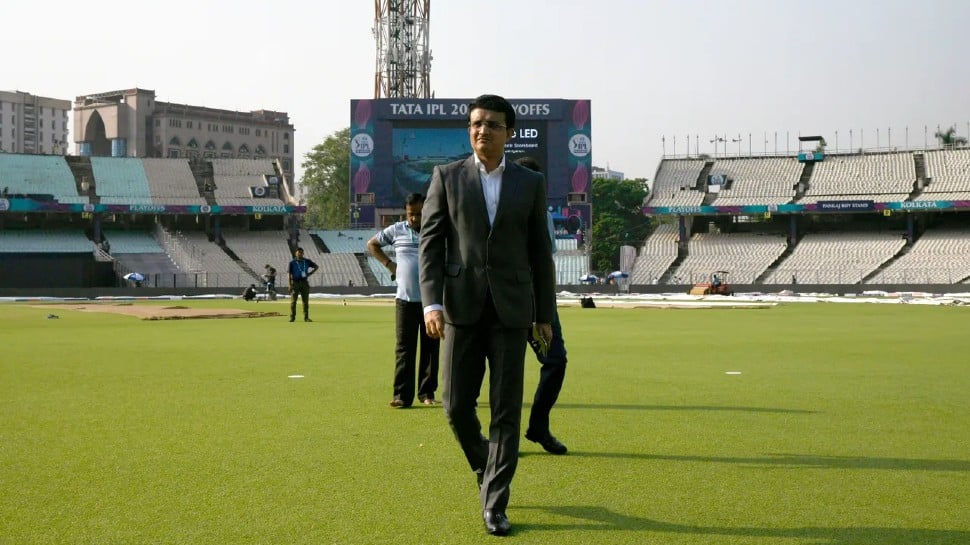 The Board of Control for Cricket in India (BCCI) president Sourav Ganguly is a busy man these days. The Indian Premier League (IPL) 2022 juggernaut is currently in his home town with the Qualifier 1 and Eliminator matches taking place at the Eden Gardens in Kolkata this week.

Off the cricket field, former India captain Ganguly is also playing host to filmmaker Aishwarya – daughter of superstar Rajnikanth. It is being speculated that Aishwarya Rajnikanth has been roped into direct the biopic on Sourav Ganguly, according to a TimesofIndia.com report.

Aishwarya is currently in Kolkata currently and she was at Ganguly’s place on Monday night for dinner. This has led to reports claiming that she is all set to helm the biopic.

While there have been talks on Sourav Ganguly’s biopic for a long time now, during March this year, it was confirmed by Ganguly himself that a biopic on him will be produced by Luv Films, which is owned by director Luv Ranjan.

Cricket has been my life, it gave confidence and ability to walk forward with my head held high, a journey to be cherished.
Thrilled that Luv Films will produce a biopic on my journey and bring it to life for the big screen @LuvFilms @luv_ranjan @gargankur @DasSanjay1812

However, apart from this announcement, the name of the director or the actor has not yet been revealed and with the recent meeting between Aishwarya Rajinikanth and Ganguly, it is speculated that she would be interested in directing the film.

Aishwarya Rajinikanth has made her directorial debut in 2010 with the film ‘3’ which starred Dhanush in the lead role. The film has the popular song ‘Why This Kolaveri’ that became a sensation all over the country. She has also directed another film named ‘Vai Raja Vai’ and a documentary ‘Cinema Veeran’.

It is believed that it was just a casual visit from Rajinikanth’s daughter to Ganguly’s home. Aishwarya is in Kolkata along with her two sons to watch the IPL Qualifier 1 and Eliminator matches.

Meanwhile, Ganguly believes Indian skipper Rohit Sharma’s horror run in the IPL 2022 is not a matter of concern as he will be back among the runs soon. The record five-time IPL winning Mumbai Indians skipper had a woeful season finishing with 268 runs from 14 innings at an average of 19.14 with a modest strike-rake 120.17 as their team finished at the bottom of the standings this season.