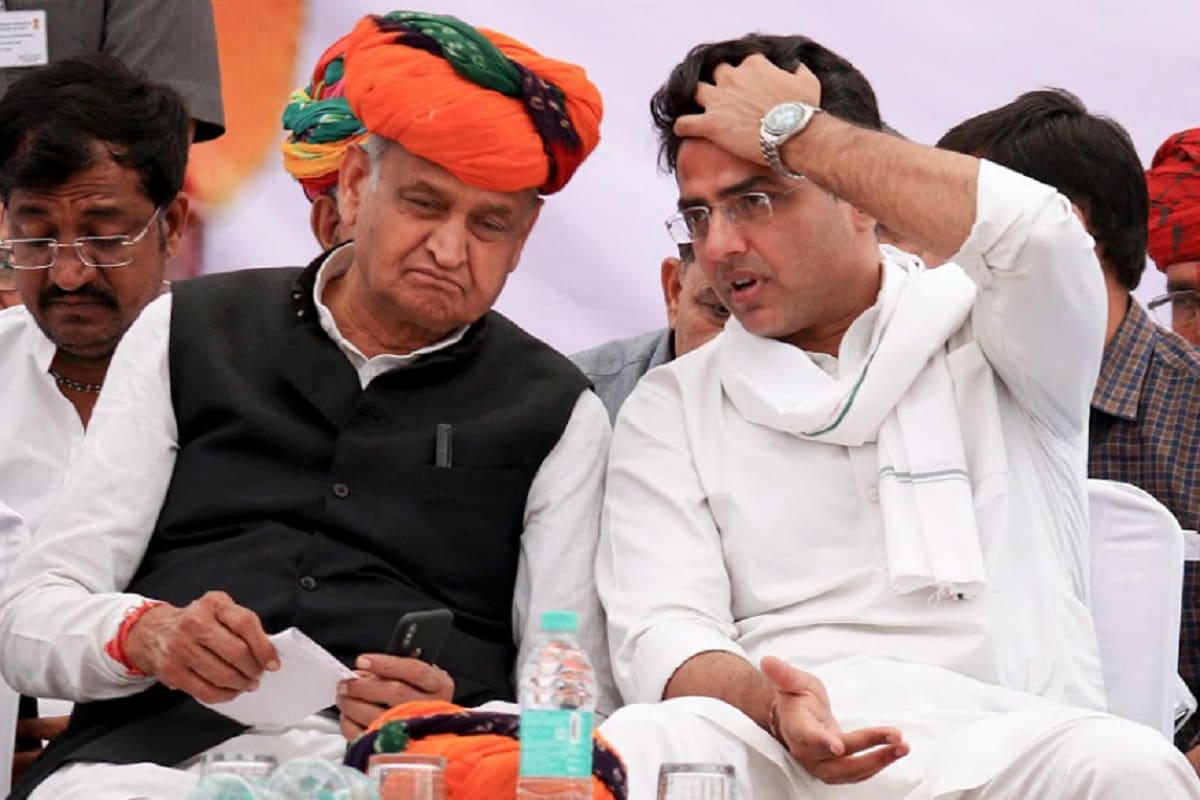 A few MLAs close to Gehlot have also sent a communique to the party high command expressing their dissatisfaction with the political rehabilitation of Pilot and the 18 rebel MLAs, said sources.

In what can be seen as aftershocks to the Congress following its successful efforts to save its government in Rajasthan, senior leaders close to Chief Minister Ashok Gehlot have already begun to voice their dissatisfaction with the way former Pradesh Congress Committee (PCC) chief Sachin Pilot, along with his loyalists, is returning to the party fold.

According to sources, a few MLAs close to Gehlot have also sent a communique to the party high command expressing their dissatisfaction with the political rehabilitation of Pilot and the 18 rebel MLAs.

“The MLAs close to Gehlot have written to the party high command. They are anxious with the way Pilot and his faction are trying to return to state politics after having pushed the party to the brink in the state,” a source within the party said.

The anger is not just against the rehabilitation of Pilot and his loyalists but also with the way the former deputy chief minister has sounded in his post-truce interviews, which some describe as “combative”.

Pilot has in many interviews over the past two days said he and his fellow loyalists were “not allowed” to do the work they wanted to do, reminding everyone that it was he who had resurrected the party after it hit the rock bottom of 21 seats under Gehlot’s leadership.

Pilot has also talked about the party high command agreeing to his demand of bringing in changes to the state unit, the roadmap for which had been set, he claimed.

Among those close to Gehlot to have publicly voiced their dissatisfaction with Pilot’s return is Transport Minister Pratap Singh Khachariyawas. Once considered quite close to Pilot, Khachariyawas has been at the forefront of the Gehlot camp over the past one month, during which he repeatedly criticised the conduct of Pilot.

On Tuesday, notices were issued to him and his father by the Enforcement Directorate. The minister said there was “tremendous anger” among the MLAs and party workers because the party high command was rehabilitating Pilot and his loyalists, the same people because of whom 100 party MLAs had to camp in a hotel for nearly a month. Although he clarified that these were sentiments among “party workers” and did not necessarily reflect his own views.

“Pilot was not just a minister or an office-bearer of his party. He was the chief of his party unit. So naturally when he rebelled against his own party and now is returning to it, there is a general sense of scepticism about him. While, on the other hand, among the 100 MLAs who remained loyal to Gehlot and stayed put at a hotel for one month, there is now a general sense of camaraderie, the likes of which has not been seen in Rajasthan Congress for many, many years. So naturally there is a sense of distrust among them regarding Pilot and his faction,” said Jaipur-based analyst Narayan Bareth.

Another thing to note, Bareth added, is the feeling of pride and ownership among the loyalists of Gehlot, since according to them, they have won over the might of New Delhi.

“See, for Ashok Gehlot this was the fight of his life. Had he lost power, it would have become very difficult for him to rise again. But now that he has been able to tide over the crisis, he is being seen, among his loyalists, as the man who took on BJP party president and won.

“So now this band of 100-odd MLAs are naturally not in the mood to concede even an inch to Pilot and his loyalists. But exactly what the new equation between Pilot and Gehlot will be, is going to be determined in some of the immediate political developments about to take place in the state,” he said.

One of which is going to be the proposed cabinet reshuffle which is expected to happen any time after the first day of the Assembly session which begins on Friday.

“The appointments made in the new cabinet will tell you something about the sort of compromise that Pilot and the Congress high command have reached. From the sort of portfolios that his loyalists get, one will be able to get a fair idea.

“The second important event will be municipal elections. Around 36,000 new representatives are going to be elected through these elections. How well the Congress fares in them, in whose pockets of influence these wins are registered will also be things to note,” said senior journalist and political analyst, Shyam Sundar Sharma.