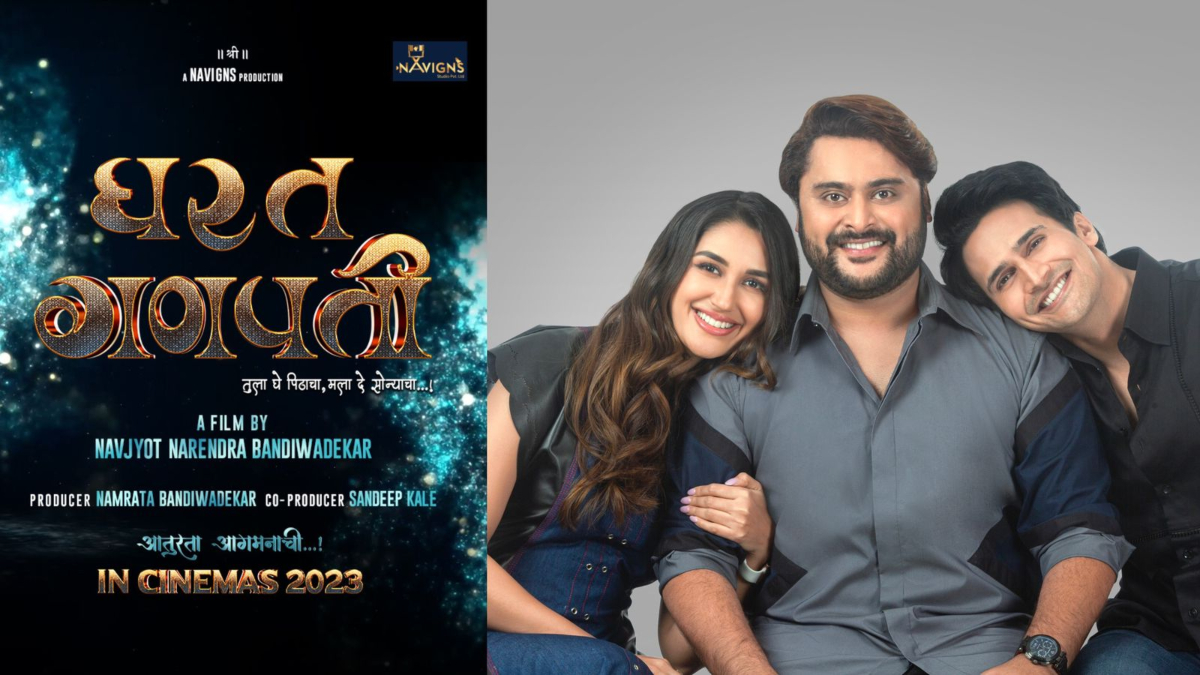 Director Navjyot Bandiwadekar has finally announced his next piece of work, ‘Gharat Ganpati’, a multi-starrer family drama presented by Navigns. The official announcement was made by dropping a video that starts with intriguing music and welcoming lines, ‘सादर करीत आहेत, एक सर्वांगसुंदर लंबोदर कथा. कथा घराची घरातील प्रत्येकाची’. The minute-long video also revealed the amazing cast and the illuminating logo of the film.

Sharing his excitement, film’s director Navjyot Bandiwadekar said, “I have always been passionate about Marathi cinema. We have been working continuously towards bringing this project to life, and now that its announcement video is finally out, I’m very happy. We have a team of excellent artists and assure you that Gharat Ganpati will thrill you to the core.”

The lead role is being played by Kabir Singh-fame actress Nikita Dutta. This is her first film in Marathi cinema, and she seems very excited about it! The actress said, “I’m very excited and equally nervous as this is my first work in Marathi cinema. However, I’m grateful that this opportunity fell into my lap, and I hope that viewers will love my work.”

Also Read: Kamal Haasan says ‘cinema has no caste or religion, only talent’