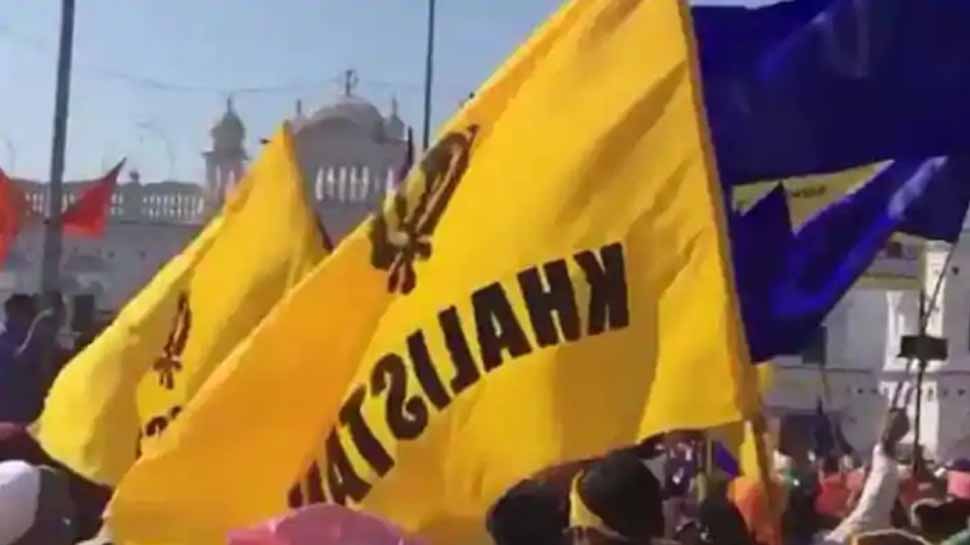 Punjab: With the unexpected emergence of an unfamiliar Amritpal Singh as president of Waris Punjab Dae (WPD), in Punjab, the ghost of Khalistan has once again started haunting the people of the state with his gibberish uttering which triggered a fear of a revival of terrorism, and the broad daylight murder of Hindu leader in Amritsar only cemented the fear. It was in September this year when several Sikh organisations appointed  Amritpal Singh as president of WPD, an organisation founded by late actor Deep Sidhu, during a dastarbandi (coronation ceremony) held at Rode village following which Amritpal began virulent pro-Khalistan rhetorics which suddenly brought attention towards him.

A few days after taking charge of WPD, Amritpal, accompanied by his arms-wielding supporters, went to Golden Temple and, in discussion with the media, justified the demand Khalistan though he said he was motivating youth to get baptized.

As expected, many Hindu organizations began opposing Amritpal’s ideology and cautioned against the revival of terrorism in Punjab if the young Sikh leader continues to fan the Khalistan movement.

On November 4, Sandeep Singh alias Sunny allegedly shot at a Hindu leader Sudhir Suri, president of Shiv Sena (Taksali) who was declared brought dead in the hospital.  Though police are tightlipped about the initial interrogation report of Sunny but reportedly a video of Sunny with the controversial chief of WPD  surfaced on social media in which Amritpal is seen blessing Sunny’s son whom Sunny was carrying his lap. However, the veracity of the said video couldn’t be confirmed.

Now, the BJP’s firebrand leader and former Cabinet Minster Laxmi Kanta Chawla has challenged Amritpal to answer her three questions and even called him ‘Amritpal driver Dubai wale”. Though Luxmi Kanta Chawla who is also president of the Sri Durgiana Committee didn’t disclose the three questions that she wanted to ask from Amritpal but she said the questions would be about Punjab only and if he failed to reply, he would forgo the right to live in Punjab and should go back to Dubai.

“He may be or he is the agent of some agencies which is required to be probed and his Khalistani uttering could prove to be perilous to the state’s hard-earned peace and vitiate the atmosphere” alleged Chawla.

On the other hand, the Jathedar of Sikh’s supreme temporal seat Akal Takht Giani Harpreet Singh justified raising the demand of the Sikh nation by stating that if in a country, raising the voice of the Hindu nation was not a crime then how could it be a crime to raise the voice of a Sikh nation. He also held the government for allegedly discriminating against the Sikh community.