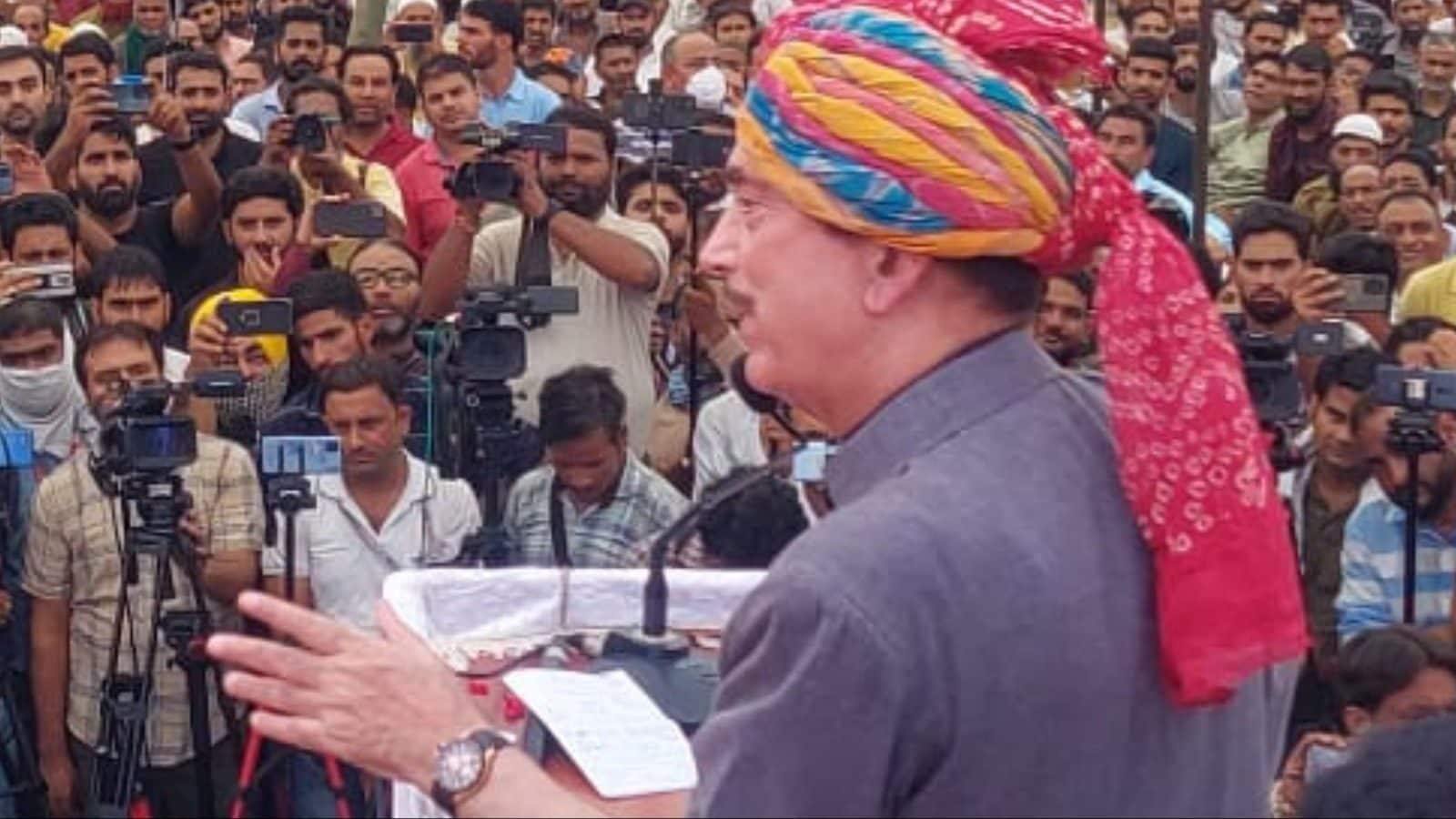 The politics in Jammu and Kashmir, which was being termed “frozen” over the past four years, is reinvigorated with Ghulam Nabi Azad’s new innings after his resignation from the Congress.

Azad’s decision to launch a party in J&K has not only created a buzz in political circles, but also lent credence to the possibility of holding Assembly elections earlier.

While the wider impression is that the elections for the Assembly — suspended for the past four years — would be held next year after the enumeration of a fresh voter list this November, many believe the polls may be held in December.

Union Home Minister Amit Shah is visiting J&K later this month. Shah is holding two rallies in Jammu’s Chenab and Pir Panjal regions and one in North Kashmir, an indication that the polls in J&K may finally be held after inordinate delay.

To strike a chord with the Paharis, Shah is likely to accord Scheduled Tribe (ST) status to the community. The Paharis have been nursing a deep hurt all along for their exclusion from the tribal status that gives reservation to the community in jobs and education.

The other tribe, the Gujjars, has been enjoying the status for decades, even though both the communities face similar challenges such as remoteness and education, healthcare and civic facilities.

The BJP hopes by granting Scheduled Tribe status to the Pahari population, the community would support the party. Many leaders from the community have already joined the party and many more recently met with the Home Minister on the issue of ST status for the community.

According to the new delimitation exercise, as many as nine seats have been reserved for the STs, most of them from Jammu region.

The BJP poll planners believe they are well ahead in the Jammu plains, where a majority would continue to stay loyal to the party and provide a decisive edge in at least 30 of the 43 seats. In the 13 others, they hope the tribals would help.

Whether the arithmetic fructifies or not for the BJP, Azad’s entry into the J&K political arena is seen with a lot of interest.

In his 2.5 years as the chief minister from 2005, Azad is remembered for having delivered some big-ticket development projects in J&K, besides ushering a working discipline in government offices. His strict action on human rights violation had received praise then and is recalled even today.

Minus the Apni Party in Kashmir, no political outfit — be it the National Conference, PDP or BJP — have targetted Azad. In fact, Dr Farooq Abdullah, who heads the NC, said he would be glad to accommodate Azad if he wishes to join his party.

However, Apni Party led by Altaf Bukhari has been hitting out at Azad from Day 1, alleging he has been tasked to run the agenda of the BJP. Like Bukhari, some sections believe Azad has been pitchforked to help and consolidate the BJP by splintering the Muslim votes in the mixed population regions of Chenab and Pir Panjal valleys. The idea is to divide the votes of Muslims and handover advantage to BJP, they say.

Azad and his camp haven’t responded to these accusations, knowing well his image won’t be scathed.

Azad, who has been in public life for the past five decades, is acceptable to both the regions of Jammu and Kashmir, even though he considers Jammu as his political turf. That explains why a large number of Congress leaders from Jammu than in Kashmir defected to his side when he quit the oldest party 10 days ago. Azad is expected to float his new party soon after he is done with a slew of rallies in Jammu and Kashmir later next week.

But he has already dropped broad hints as to what his party agenda will be: “I will mind my business and you mind yours. I am not annoying anyone.”

After 50 Years in Congress, Why Ghulam Nabi Sought Azadi from Party, Rahul Gandhi

Ever since the abrogation, the BJP has been saying that they have gotten rid of the Abdullah and Mufti family rule. Both the PM and Home Minister have often spoken about it and made it clear they don’t want the family rule to return to J&K.

Whether Azad is being propped up as an alternative to regional players and family rule or not will be clear in the coming weeks. However, he is clearly being seen as the best bet for Delhi, who is also acceptable to the people of Jammu and Kashmir.