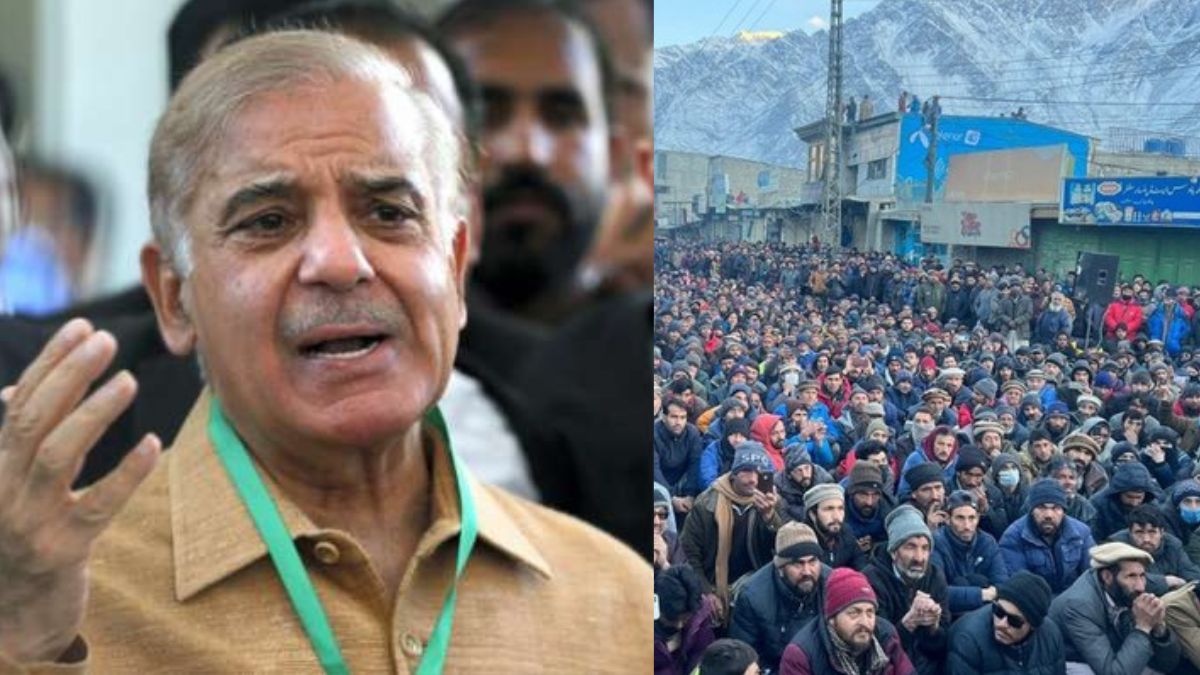 Gilgit-Baltistan protests: Amid the economic turbulence in Pakistan and unrest in Gilgit-Baltistan, civilians are now demonstrating against Shehbaz Sharif-led government, demanding to get united with India. According to a report by Islam Khabar, a Pakistan-based media publication, the protests came as the country has been facing multiple issues, including economic crises and internal disturbances. The report emphasised how Pakistani mainstream media skip a massive protest in the Gilgit region.

Notably, Gilgit-Baltistan is a region administered by Pakistan as an administrative territory and constitutes the northern portion of the larger Kashmir region, which has been the subject of a dispute between India and Pakistan since 1947. On the other hand, India has always maintained its claims on Pakistan-occupied Kashmir as an integral part of its country.

Indian government had highlighted the issue on several international platforms

The Indian government, social activists, and news media regularly highlight the issues in Pakistan-controlled Kashmir including the protests over military oppression, lack of basic rights, high inflation, unemployment, and unsustainable resource exploitation among others, according to the report. Further, it added that the Islamabad government may not have realised that such demands for unification may come up. Pakistan’s mainstream news media has ignored such protests in Gilgit- Baltistan.

Protestors have, however, posted videos on social media. In one such video, protestors can be seen raising slogans against the Pakistan government and army, and demanding their region be annexed to Kargil which falls in India’s Ladakh region, the Islam Khabar reported.

It is worth mentioning that India has not officially responded to the developments, but it is likely to cite these protests against Islamabad when the Kashmir dispute is discussed in global events.

However, it underscored that “good relations” with Islamabad would only be possible if it brings a conducive environment which does not support terrorism or violence. “We have said that we have always wanted normal neighbourly relations with Pakistan,” said External Affairs Ministry Spokesperson, Arindam Bagchi, while addressing a weekly media briefing on Thursday. “But there should be a conducive atmosphere which does not have terror, hostility or violence. That remains our position,” he added.