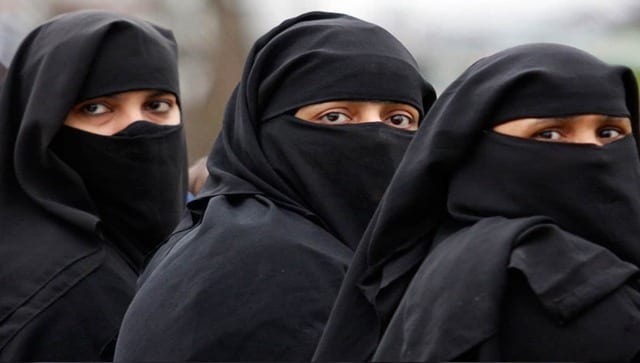 The ‘Bulli Bai’ app is similar to the ‘Sulli Deals’, which triggered a row last year by offering users a ‘sulli’ — an insulting term used by right-wing trolls and extremists for Muslim women

Delhi Police on Sunday registered a case based on a complaint filed by a woman journalist alleging that she was being targetted by an unidentified group of people on a mobile application named ‘Bulli Bai’ created on GitHub platform.

An FIR has been registered under Section 509 in Cyber Police station of South East district, Delhi Police said. This comes six months after police in Delhi registered a case in connection with photos of Muslim women being uploaded and “auctioned” on a Github app.

Minister for Electronics and Information Technology Ashwini Vaishnaw late on Saturday tweeted that action has been taken and the GitHub user behind the ‘Bulli Bai’ app had been blocked and “further action” was being coordinated.

Shiv Sena MP had asked, “I have repeatedly asked Hon. IT Minister Ashwini Vaishnaw ji to take stern action against such rampant misogyny and communal targeting of women through #sullideals like platforms. A shame that it continues to be ignored.”

Priyanka Chaturvedi later thanked the Union minister and hoped that the Home Minister’s Office and Ministry of Electronics and Information Technology will support Mumbai Police to find “these culprits.”

A female journalist on Saturday had filed a complaint with the Delhi Police against unknown persons for allegedly uploading her doctored picture on a website “with the intent of embarrassing and insulting Muslim women”.

She shared a copy of the complaint, submitted online at south Delhi’s CR Park police station, on her Twitter handle. The woman, who works with an online news portal, sought immediate registration of an FIR and investigation against the unknown set of people who are “seeking to harass and insult Muslim women” on social media and the internet.

“I was shocked to find out this morning that a website/portal called bullibai.github.io (since deleted) had a doctored picture of me in an improper, unacceptable and clearly lewd context. This needs immediate action, as the same is clearly designed to harass me and other similarly situated independent women and journalists,” the complaint stated.

“I enclose snapshots of the said tweet directed at me herein as well as of other tweets. The term Bulli bai’ itself seems disrespectful and the content of this website/portal (bullibai.github.io) is clearly aimed at insulting Muslim women as the derogatory term Bulli’ is used exclusively for Muslim women and the entire website seems to have been designed with the intent of embarrassing and insulting Muslim women,” she said.

Earlier in July, Delhi Police Special Cell had registered an FIR against the creators of a mobile application for allegedly uploading photos of Muslim women without their consent and using inappropriate remarks against them. The case is related to an app named ‘Sulli Deal’ that allegedly uploads photos of women without their consent and uses the hosting platform ‘GITHUB’ to auction the stolen photos. The National Commission for Women (NCW) also took suo moto cognisance of the “defunct website called ‘Sulli Deals.

The ‘Bulli Bai’ app which is similar to ‘Sulli Deals’, offered users a ‘sulli’ — an insulting term used by right-wing trolls and extremists for Muslim women. In both cases there was no actual sale involved, but that was hardly the point. The purpose of the apps was to degrade, humiliate and harass its targets, critics say, according to an NDTV report.

Two FIRs were filed by the Delhi and Uttar Pradesh Police in the Sulli Deals incident last year but no concrete action has been taken against the perpetrators so far.

To “sell” someone online is a cybercrime & I call on the police to take immediate action. The perpetrators deserve exemplary & condign punishment. @HibaBeg@MumbaiPolicehttps://t.co/gcKKOxVw6w

It is unacceptable that this project of dangerous anti-Muslim misogyny is back. Appalling indictment of the state of affairs, that not only was nothing done last time, these forces felt emboldened to repeat the whole thing because the establishment backs them. https://t.co/0huEq05zp4

In rage and solidarity with @IsmatAraa, Samreen and other Muslim women being subjected to vile online “auctions” by rape-minded Sanghi filth. Deliberate police inaction on #sullideals has emboldened the terrorists to resurface as #bullibai. https://t.co/gLC4WIoiPV