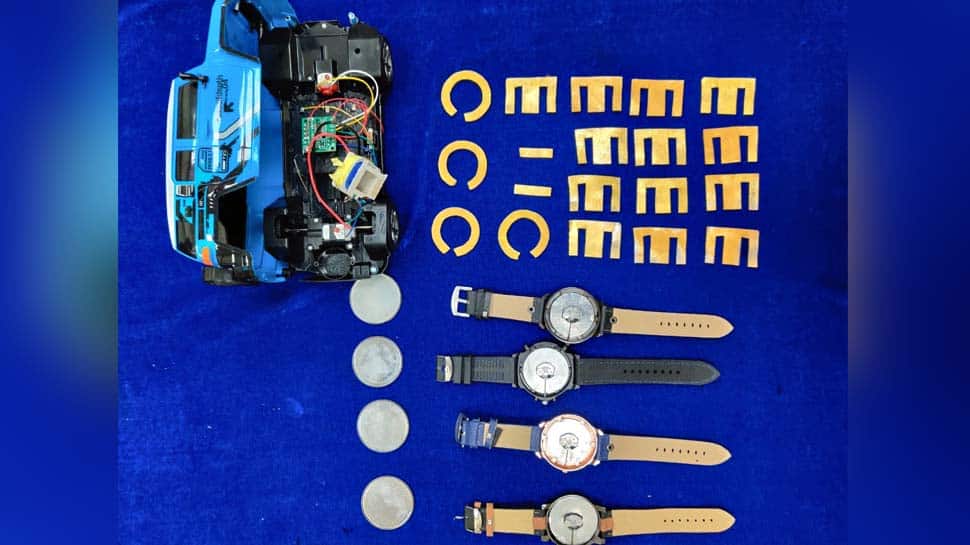 Chennai: Customs officials at the Chennai airport have been in a state of alert after the frequency of repatriation flights and special flights to the city have increased. In the latest seizure, a total of 402 grams of gold valued at Rs 22.21 lakhs was recovered and seized under the Customs Act 1962, in two separate incidents.

Two persons who had travelled on the Air India Express Flight IX-1642 from Abu Dhabi had carried gold paste, by concealing it in a pouch their shirt sleeves. They were caught by customs officials after frisking. The persons were identified as Saminathan Kannan, 41, and Thangavel Sivasankar, 49, both natives of Thanjavur.

In another incident, Kamarudeen Shajahan, 57, a native of Trichy who arrived from Abu Dhabi by Air India Express Flight IX-1638 was intercepted at the exit. On personal search, one gold paste pouch was found concealed in his inner-wear.

Recently, there was also an instance of attempted smuggling by hiding gold in toys and watches. The baggage, in this case, had come as unaccompanied baggage from Dubai, as the passenger had reached earlier. 388 grams of gold worth Rs 18.5 lakhs were seized from the passenger’s personal goods. On examination, the goods- one toy car and four watches were found to be unusually heavy.

On opening the toy car, a transformer was found inside and on dismantling, it was found to be made of 13, E-shaped & two I-shaped gold plates. On opening the back cover of the watches, one gold cut ring was found concealed inside each. Total 388 grams of gold of 24K purity valued at Rs 18.5 lakhs was recovered and seized under Customs Act, 1962.

Senior officials say that such modus operandi is quite new and that they are vigilant to curb such cases of smuggling, which are said to be on the rise given the shooting up gold prices. It is also observed that some of the carriers are labourers who are bringing the gold that is offered by smugglers for a small sum of money.