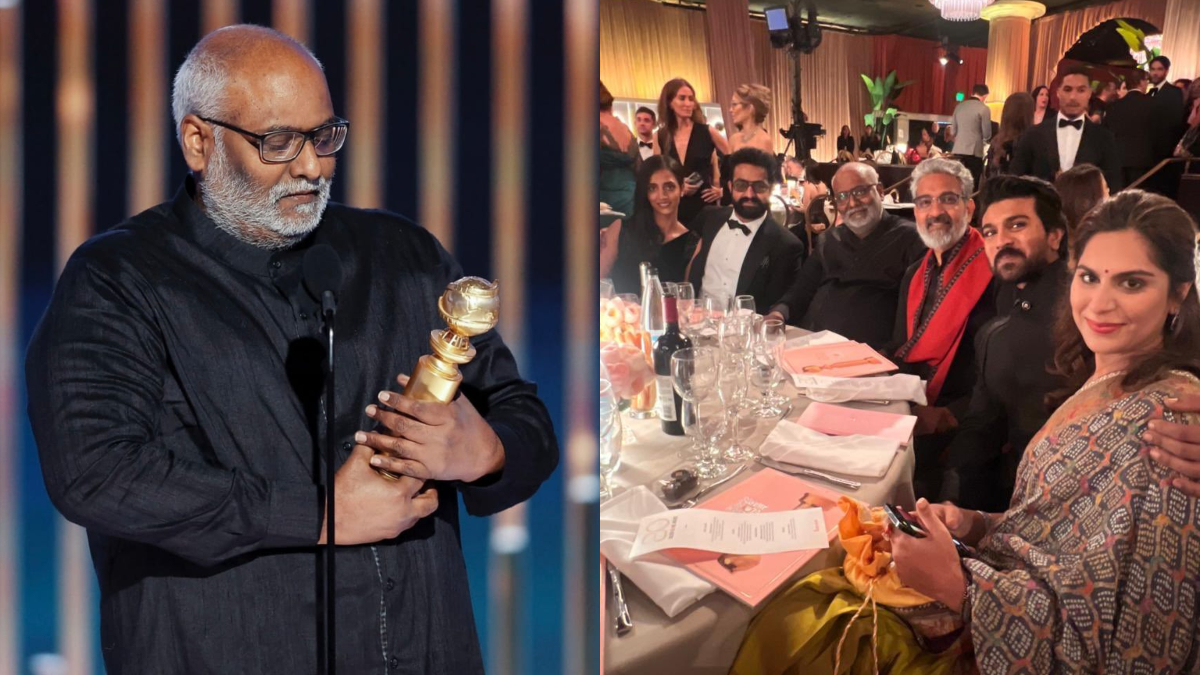 Golden Globes 2023: SS Rajamouli’s ‘RRR’ struck gold by winning the trophy for Best Original Song-Motion Picture for ‘Naatu Naatu,’ featuring Ram Charan and Jr NTR. The Telugu track, was composed by veteran music director MM Keeravaani and sung by Kala Bhairava and Rahul Sipligunj. There to receive the award was Keeravaani. Following this, Music composer AR Rahman, who was the first Indian to win a Golden Globe in Best Score category for the 2009 film ‘Slumdog Millionaire’, congratulated the RRR team.

Rahman took to his social media, where he shared a clip of Jenna Ortega announcing ‘Naatu Naatu’ as the winner in the Best Original Song in Motion Picture category. He wrote, “Incredible ..Paradigm shift Congrats Keeravani Garu from all Indians and your fans! Congrats @ssrajamouli Garu and the whole RRR team!”

Naatu Naatu’ was in competition with ‘Carolina’ from ‘Where the Crawdads Sing’, ‘Ciao Papa’ from Guillermo del Toro’s ‘Pinocchio’, ‘Hold My Hand’ from ‘Top Gun: Maverick’ and ‘Lift Me Up’ from ‘Black Panther: Wakanda Forever’.

To receive the honour was music composer M.M. Keeravani, who was accompanied with his wife Srivalli. He dedicated the award to Rajamouli and the actors Ram Charan and NTR Jr. While accepting the award, he said, “Thank you very much for this prestigious award: This award belongs to SS Rajamouli for his vision, I thank him for constantly believed and supporting my work. Nt Rama Rao and Ram Charan who danced with full stamina.”

‘RRR’ stars NTR Jr., Ram Charan, Ajay Devgn, Alia Bhatt, Shriya Saran, Samuthirakani, Ray Stevenson, Alison Doody, and Olivia Morris. It centres around two real-life Indian revolutionaries, Alluri Sitarama Raju and Komaram Bheem, their fictional friendship and their fight against the British Raj. Set in the 1920s, the plot explores the undocumented period in their lives when both the revolutionaries chose to go into obscurity before they began the fight for their country.

ALSO READ: Jr NTR gets a grand welcome at RRR screening in Los Angeles ahead of Golden Globe Awards 2023