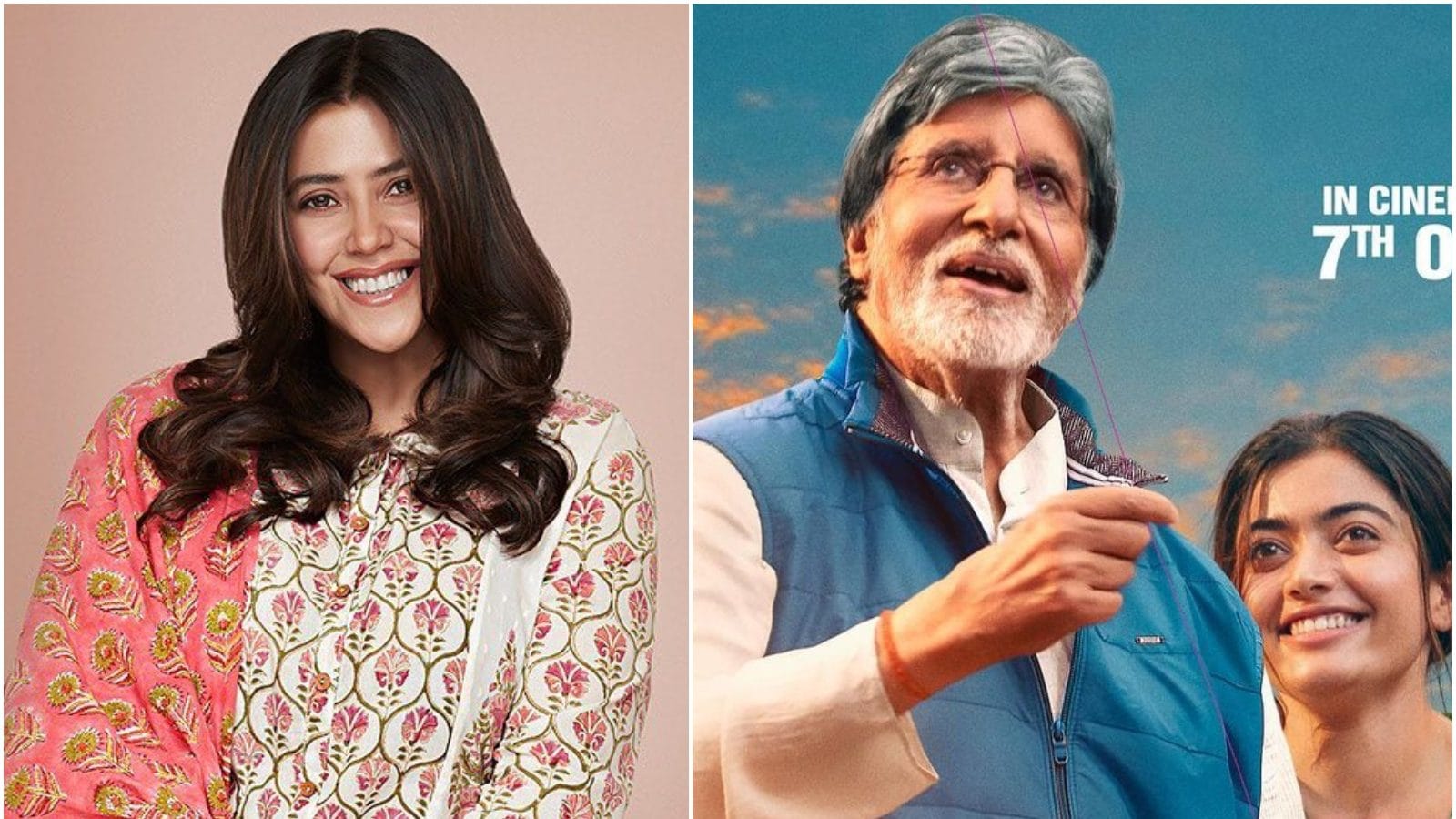 The trailer of the much awaited family-comedy-drama Goodbye released on Tuesday. The Vikas Bahl directorial features an assorted star cast of Amitabh Bachchan, Rashmika Mandanna, Neena Gupta, Sunil Grover, Pavail Gulati, Elli AvrRam, Sahil Mehta and Shivin Narang. It tells a heart-warming story about life, family and relationships. Ekta Kapoor, who bankrolled the film, has revealed that it was her long-pending dream to collaborate with a legendary star like Amitabh Bachchan.

During the press meet organised for the trailer launch of the film on September 6, Ekta Kapoor shared that Amitabh Bachchan has forever remained on the list of actors she wants to work with and not any Khans or anyone else. She expressed, “Since childhood, I always dreamt of working with only one person and that was Big B. As a child, I used to attend birthday parties at Amitji’s house, and Shweta (Nanda Bachchan) and Abhishek (Bachchan) are my friends. Amitabh sir once told my dad (Jeetendra) that she just sat and stared at me all evening. I don’t think I had ever wanted to work with anyone, no Khans or anyone else, just Mr Amitabh Bachchan. Finally, it happened. The experience of working on a film like this is different.”

The film and television producer had also taken to her Instagram handle to share the trailer with her fans. Along with her post, she wrote this caption, “Family bonding toh suna hoga, par family tuning pehli bar dekhoge! With a string of drama, laughter, dher saara emotion aur bahut saara pyaar, presenting the #GoodbyeTrailer out now! #Goodbye releases in cinemas near you on 7th October 2022 #GoodbyeOnOct7 (sic).”

Soon after, several fans invaded the comment section to show their excitement. One of them wrote, “What an awesome trailer with such a fabulous team of actors. This is surely a must watch film. Really looking forward to it”. Another fan commented, “Can’t wait! Looks so interesting to watch!”. Someone also said, “Kya baat hai! Absolutely mind-blowing”.

The slice-of-life film is scheduled for a worldwide release on October 7, 2022.