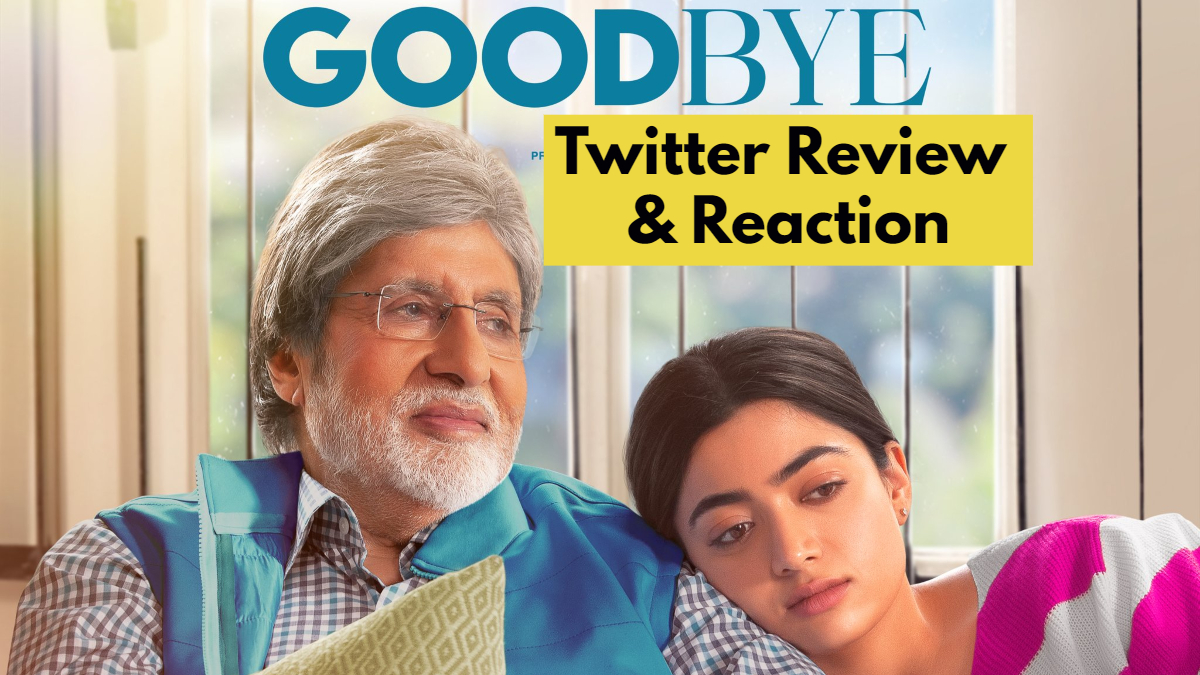 GoodBye Review, Twitter Reaction: Rashmika Mandanna is making her Bollywood debut with Amitabh Bachchan‘s film GoodBye. The film has been released in theaters and the early reviews and Twitter reactions have been positive for the film. The family drama seems to have struck a chord with the audience. There have multiple tweets on social media sharing how sensitive the film captures a family in a mourning state.

“Goodbye is a warm hug. A reminder to cherish your moments with your loved ones. The pitch of the film is perfect. Amitabh Bachchan touches your soul. Shout out to the whole cast. It does have its misses but has its heart in the right place,” a user shared on Twitter.

Another one called the first the first half the film more entertaining. “#GoodByeReview #Goodbye is a film where Punjabi family has a father (A Bachchan) who speaks in UP accent, Daughter #RashmikaMandanna speaks in South Indian accent, Mother speaks Hindi & others speak in Punjabi accent. Funny & emotional in 1st half. Bad 2nd half.”

A third one found the film to be  a life lesson. “Goodbye Movie review : This is such a beautiful movie.. Which teaches you a lot about life and family relation.. The entire cast is amazing.. And the story is simple and Beautiful.. You should definatly watch this.. #GoodByeReview #AmitabhBachchan #RashmikaMandanna.” Sample more tweets to find out what the audience is thinking about the film.

Written and directed by Vikas Bahl, ‘Goodbye’ is a family comedy-drama film. It is a story of an Indian family depicted by the Bhalla family and it highlights the importance of family values and relationships. In the movie, Rashmika plays Big B’s daughter, and Neena Gupta is her mother.