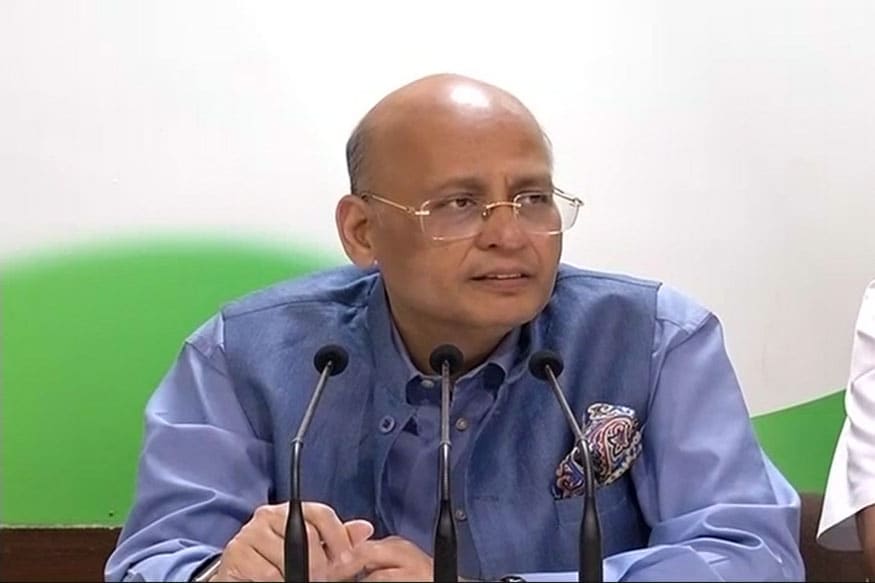 According to officials, an alert has been sounded all along the Siang river basin in Arunachal Pradesh after the Union Home Ministry in a report informed about the formation of the artificial lake in Tibet.

The Congress on Sunday said if the need arises the government should drag China to international dispute resolution fora over the formation of a “very dangerous” artificial lake in Tibet which poses a risk to Arunachal Pradesh.

The opposition party hit out at the government over its response on strategic issues, saying all its talk of nationalism, “56 inch chest” and “red eye”, when it comes to specifics, sounds like “empty slogans and hollow claims”.

Congress spokesperson Abhishek Singhvi cited the danger from the lake on the Yarlung Tsangpo river in Tibet, the “high number of Chinese troops” in Depsang area in Ladakh and Nepal’s move to claim certain Indian territories, and said the government should come clean on such serious issues and resolve them.

“There is a very dangerous artificial lake which has come into existence in the area above of Arunachal Pradesh, in Tibet, on the Yarlung Tsangpo river,” he said, adding it would not be an exaggeration to call it a potential “water bomb”.

“The slightest crack, fisher or a deliberate sabotage would inundate and flood to the great misery of Arunachal and the entire Siang basin,” Singhvi said.

According to officials, an alert has been sounded all along the Siang river basin in Arunachal Pradesh after the Union Home Ministry in a report informed about the formation of the artificial lake in Tibet.

However, Singhvi said the government needs to do much more on the international diplomatic level.

“If necessary, needs to drag China into international dispute resolution fora. You cannot do things in the upstream part, which will endanger the downstream entities, this is a basic principle of international law, but, nothing is spoken, shared or disclosed by this government,” he claimed.

On Depsang area, he said that while military and dilplomatic talks are being held, “the ground reality is that a minimum of 12,000 and more accurately 17,000, it is believed, Chinese troops, additional and fresh, remain there.”

“There is no pull back. They are apparently of the fourth motorised infantry division of China. Again, what are you (government) doing…. No answer, silence, no conversation, no dialogue, complete trust deficit,” he alleged.

Singhvi said the third example was of Nepal which clearly under the malafide influence of China, at its wrongful bidding, had claimed areas like Kalapani, Lipulekh and Limpiyadhura and in drawn them into its own map.

There is a “huge failure” of diplomacy, communication and trust deficit, he said, attacking the Modi government.

“As Indians, as a responsible party, we don’t care except that we care for India. In which manner you can negotiate, talk, scare, pressurise or otherwise solve is something, which you have to work out, but, solve you must, otherwise these are very serious impending and potentially disastrous national security issues,” Singhvi said.