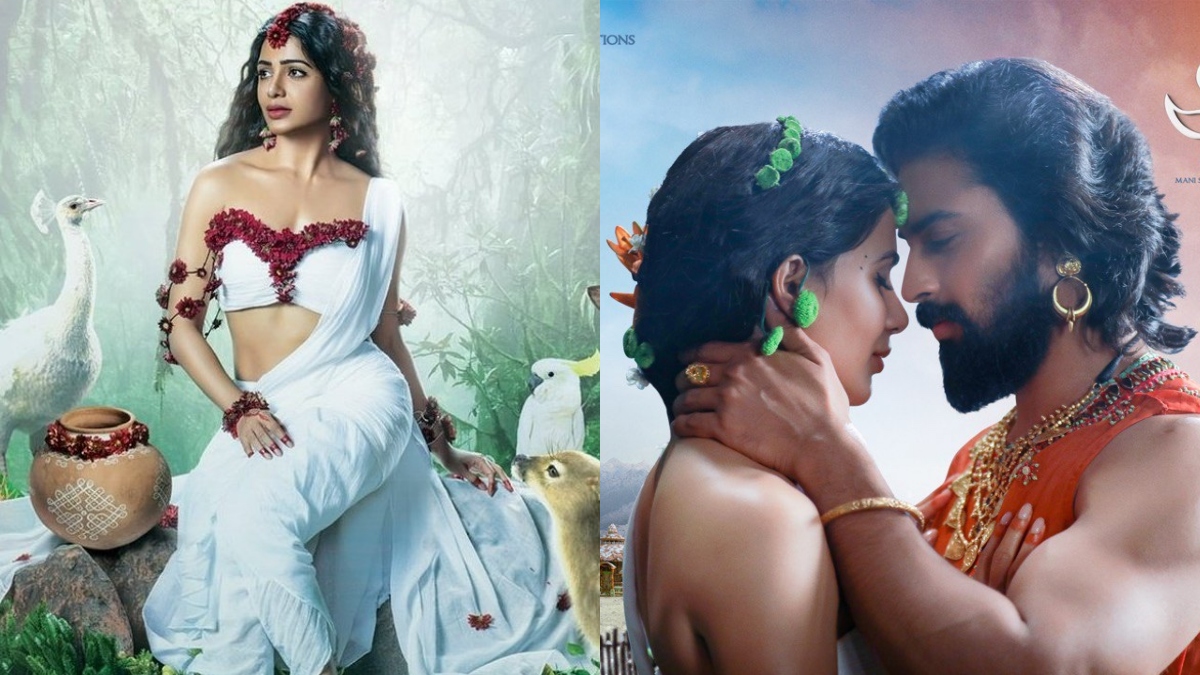 Samantha Ruth Prabhu, the south diva is all set for her biggest release of this year, ‘Shaakuntalam’. The actress revealed the toughest part of shooting for the movie. Taking to Instagram, the ‘Oo Antava’ star teased fans with a video of her pet dog and behind-the-scenes picture from her upcoming movie sets. The actress shared photos from her training sessions. The movie will hit cinema halls worldwide on 17th February.

In the Instagram post, Samantha was seen posing gracefully as her character in ‘Shaakuntalam’ and flaunted her curves in the picture from a training session. In the video, her pet dog Sasha could be seen lying on a couch. “The toughest part of #Shakuntalam was maintaining grace and posture while walking, talking, running… even crying! And grace is sooo not my thing. Had to take training sessions for it! Should have taken Sasha along… clearly so not her thing either! #LikeMotherLikeDaughter”, read the post.

Based on Kalidasa’s acclaimed Sanskrit play Abhijnana Shakuntalam, the film is written and directed by award-winning director Gunasekhar (Rudhramadevi) and produced by Neelima Guna and Dil Raju under the banner of Gunna Teamworks and Dil Raju Productions respectively. The film also features Dev Mohan as Dushyanta, the king of the Puru Dynasty. ‘Shaakuntalam’ revolves around the epic love story of Shakuntala and King Dushyant, portrayed by Samantha and Dev Mohan of Sufiyum Sujatayum fame, respectively. It will be out in Hindi, Tamil, Malayalam, and Kannada.

Earlier the movie was slated to release on 4th November last year, but it got delayed during post-production as the movie was converted into a 3D format. The movie also stars Mohan Babu, Aditi Balan, Prakash Raj, Gautami, Madhoo, Jisshu Sengupta, and Kabir Bedi among others. Samantha has been keeping a low profile ever since she was diagnosed with an autoimmune condition called Myositis.