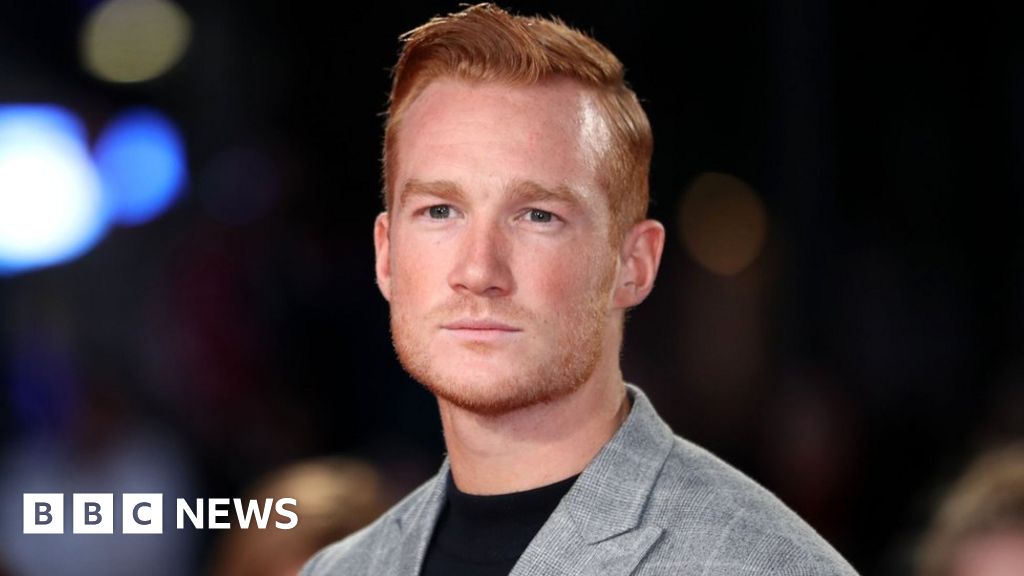 Greg Rutherford is encouraging men to check their testicles for lumps, after revealing he ignored his.

The 33-year-old Olympic athlete’s mental health “took a bit of a beating” when he found a lump during lockdown, he wrote on Instagram.

After getting checked Greg was told he has cysts – a fluid build up – and now wants other men to “take it seriously”.

The “invincibility” he felt in sport “took a massive knock” and he didn’t discuss it with his wife.

The dad-of-two, who won an Olympic gold medal for long jump at London 2012, now wants everyone to check themselves, and also suggests partners could offer to do it.

“Even now, during a pandemic, when I think it’s safe to say we’re fearful of wasting doctors’ and nurses’ time. If you’re a bloke, grab them and make sure nothing’s wrong,” he wrote.

I’m a lucky man. I have a beautiful, loving family and have enjoyed years of success in a sport I loved. I’ve always felt somewhat invincible physically… but during lockdown that invincibility took a massive knock. While we were all cooped up in our homes doing our best to steady the horrible scenario that covid had created, to put it bluntly, I found a lump on one of my balls. Rather than accept it was there, I ignored it and created distractions like training again and using my physical strength to overpower the unknown. Obviously that didn’t work and my mental health took a bit of a beating when fear set it. I didn’t tell Susie or anyone close to me until the physical pain and worry got the better of me, then I reached out to a friend (@rousseau) who’d suffered badly with testicular cancer. He said what I already knew… GO AND GET IT CHECKED! After an appointment, bloods and a scan I was told it was cysts! BLOODY CYSTS. But most importantly nothing to seriously worry about. I don’t think I’ve felt relief like it. I’m just here asking everyone to check. Even now, during a pandemic, when I think it’s safe to say we’re fearful of wasting doctors and nurses time. If you’re a bloke, grab them and make sure nothings wrong. And if your partner won’t check their own balls, maybe offer to do it for them. I feel incredibly grateful I can say it’s nothing serious, but I’ve also realised that while worrying’s a natural response, it solves nothing. Keep checking and if you find something, take it seriously. @su2cuk

Testicular cancer is quite rare, affecting around 2,300 people in the UK each year but is unusual as it mainly affects those aged between 15 and 49.

The overwhelming majority of people diagnosed (91%) survive for at least 10 years after the cancer is first detected.

According to the NHS, white men have a higher risk of developing testicular cancer than men from other ethnic groups, for reasons that are unclear.

Any change in shape or feel of a testicle should be checked by a doctor, it says.

Greg says he feels “incredibly grateful I can say it’s nothing serious”.

“Keep checking and if you find something, take it seriously.”

The athlete, who’s the current British record holder for indoor and outdoor long jump, retired in 2018.

“My body is most certainly ready for me to retire and move on to new things. Getting out of bed in the mornings nowadays is quite difficult. I need to let it recover properly and move on to something new,” he said at the time.

“I’m old enough now, I’ve done this long enough – it’s time to let the youngsters take over and push it on to a new level.”