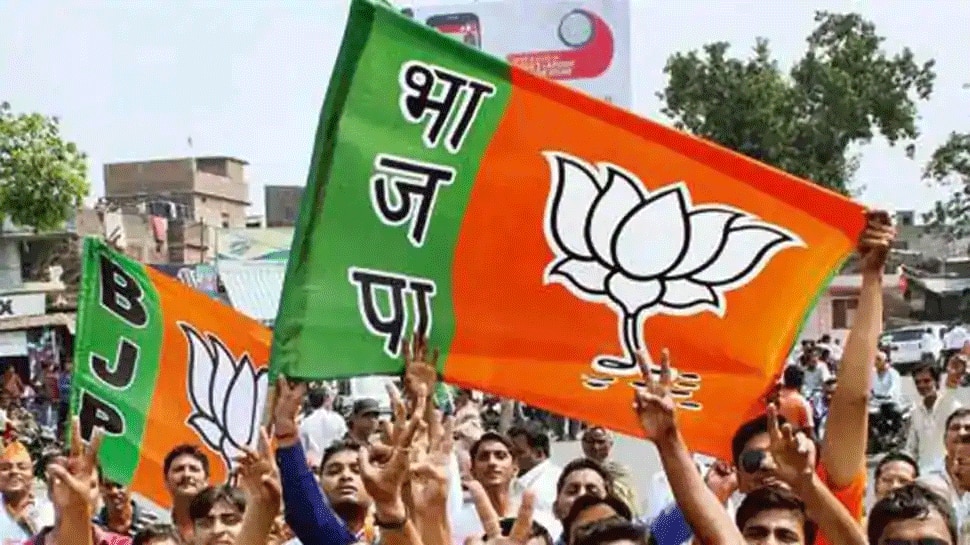 NEW DELHI: In a major move, the BJP on Wednesday suspended 12 more leaders for allegedly contesting against party candidates in the upcoming Gujarat Assembly Elections 2022. The ruling party, which is facing a rebellion by state BJP leaders over several issues including the distribution of tickets, have so far suspended 19 people ahead of the high-stakes polls.

The BJP leadership is believed to have taken the action after the twelve suspended rebels filed their nominations as independent candidates after being denied tickets by the ruling party in the upcoming Gujarat Assembly elections. All of the twelve rebels were seeking tickets in the Assembly election. This is the second list of rebels who have been suspended after the party suspended seven rebels on Sunday.

“These MLAs have been suspended for six years for having indulged in antiparty activities,” a BJP communication reveals quoting state president CRPaatil. Of those BJP leaders who have been suspended include Dinubhai Patel from Padra, Madhubhai Shrivastav from Vaghodia and Kuldeep Sinh Raul, all three from the Vadodara district.

The BJP, seeking its seventh term in office in Gujarat, has denied tickets to 42 sitting MLAs. The party which announced its big first chunk of 160 candidates Saw 38 sitting MLAs being dropped. Later, the ruling party also announced three more lists of candidates for the remaining Assembly seats.

In the 2017 Gujarat polls, the BJP was halted at 99 seats out of a total of 182 seats. The party has been in power for the last 27 years with Narendra Modi being the longest-serving chief minister of the state. This time, the party under the leadership of Prime Minister Narendra Modi, Union Home Minister Amit Shah and CR Paatil is aiming at getting its highest seat tally exceeding 140.

The state has been a BJP stronghold for a long and the party has set its sights on returning to power for the seventh term. PM Modi has been Gujarat’s longest-serving chief minister from 2001 till 2014.

However, it faces a stiff electoral challenge from the Arvind Kejriwal-led Aam Aadmi Party (AAP), which has named Isudan Gadhvi as its chief ministerial candidate. Congress also hopes to put its best electoral foot forward to unseat the BJP government.

The state of Gujarat which has 182 assembly constituencies will go for polling in two phases on December 1 and 5. The counting of votes will occur on December 8, which coincides with Himachal Pradesh’s result date.