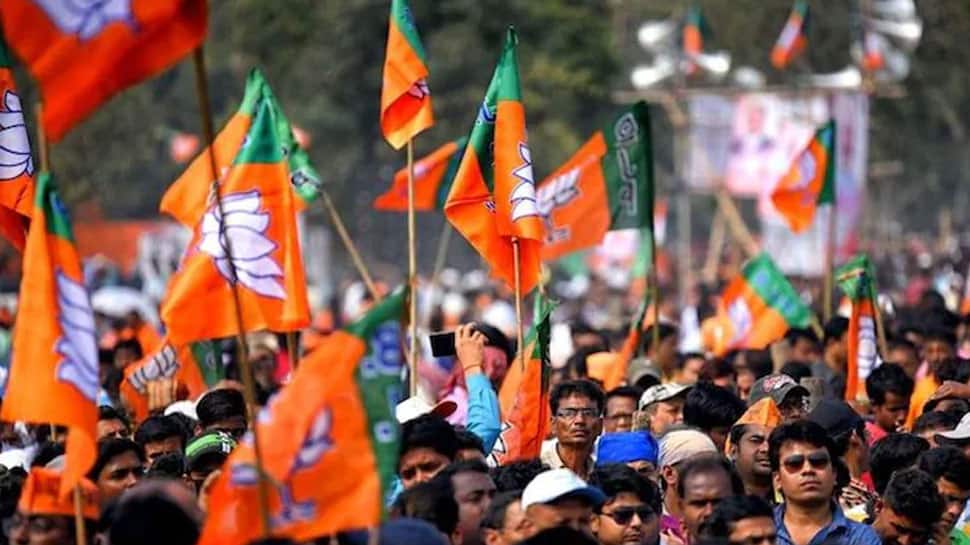 NEW DELHI: The high-stakes Assembly Elections in Gujarat will be held in two phases – December 1 and 5 – during which the ruling BJP is likely to witness a close fight with Congress, AIMIM and AAP. While most of the opinion polls have predicted a comfortable victory for the ruling Bhartiya Janata Party in the 182-member Gujarat assembly, the vigorous campaigning by AAP, the rebellion within the BJP, the anti-incumbency factor and the Morbi mishap are likely to impact the final outcome of the polls. Besides the threat posed by AAP, the recent agitations by local tribals against various government projects in the south Gujarat region could also shatter the ruling BJP’s dream to ”break all previous records” in this election.

In the 2017 assembly polls, the BJP had a narrow victory over the main opposition Congress as it managed to win just 99 seats. In as many as 36 seats, the victory margin was less than 5,000 votes. The Congress ended up with 76 seats in the 182- member assembly. But this time, what is likely to work in favour of the ruling BJP is the fact that it has roped in Patidar agitation leader Hardik Patel and OBC leader Alpesh Thakor – both fierce critics of the saffron party at one point in time.

Also, the ruling BJP has dropped nearly 42 sitting MLAs and replaced them with fresh candidates, in part, even former Chief Minister Vijay Rupani, former Deputy Chief Minister Nitin Patel along with other stalwarts were dropped from the candidate list, say party insiders to combat the feeling of fatigue among the party’s own voters who have seen 27 years of uninterrupted rule by the BJP. However, BJP counters this perception by claiming that the faces of the Opposition fight in 2017 – Alpesh Thakore and Hardik Patel – are now part of the BJP, as well as 15-17 Congress MLAs who had won in 2017.

Prime Minister Narendra Modi and Union Home Minister Amit Shah who are aware of the danger of complacency, have crisscrossed the State in a blitz of rallies, most of them in seats where the party lost in 2017.

MORBI: The assembly segment of Morbi, which grabbed eyeballs due to the tragic bridge collapse in which over 130 people were killed, is likely to witness a tough fight due to people’s resentment and anger over the mishap. In 2017, Congress candidate Brijesh Meria won the seat by defeating five-time MLA Kanti Amrutiya. Merja then switched sides and won on a BJP ticket in the 2020 bypoll. He is now a minister in the state cabinet. It will be interesting to see how people will vote in this Patel-dominated assembly seat after the tragedy. From this seat, Congress has fielded Jayanti Patel, its district President. However, Patel has also lost this seat four times in a row: 1995,2002, 2017 and 2020. AAP has fielded Pankaj Ransariya from the seat, a known face in the region.

VADGAM: Dalit leader and activist Jignesh Mevani won as an independent from this seat in 2017. Mevani, who later joined the Congress has been fielded by the party from this seat again. Vadgam seat has a huge population of Dalits where Mevani exercises huge support. To counter Mevani in his own yard, BJP has fielded ex-Congress MLA Manilal Vaghela, who quit the Congress and joined the BJP in April 2022. Vaghela was reportedly angry with Congress for sidelining him for Mevani. After being fielded by the BJP, Vaghela strongly believes he can outsmart Mevani from this seat.

JAM KHAMBALIYA: The Jam Khambaliya seat is an important one this time because AAP’s CM candidate Isudan Gadhvi has been fielded by the party. The announcement came on Sunday (November 13) when Arvind Kejriwal announced his candidature for this seat. The seat is held by Congress MLA Vikrambhai Arjanbhai Madam. In 2012, it was won by BJP’s Poonamben Maadam. Gadhvi, who was the National Joint General Secretary Convenor of AAP in Gujarat is a native of Devbhumi Dwarka. It will be interesting to see how AAP, who is the new entrant in Gujarat’s politics will wrest this seat from Congress.

MANDVI (ST): The only seat that BJP could not win was the tribal-dominated Mandvi (ST). But the contest has again become interesting this time in the wake of the Arvind Kejriwal-led AAP’s vigorous campaign and its impressive performance in the last year’s Surat civic polls. The AAP won 27 seats in the Surat Municipal Corporation polls while the Congress drew a blank. The party has fielded Alpesh Kathiriya, a Patidar leader who was once a close associate of Hardik Patel, from the Varachha seat.

GANDHINAGAR NORTH: Gandhinagar city, the capital of Gujarat, does not have any specific caste equation as most of its residents are state government employees and their family members. Gandhinagar North constituency was carved out in 2008. In 2012, BJP’s Ashok Patel won with a thin margin of over 4,000 votes. In 2017, Congress leader C J Chavda defeated Patel with nearly 4,700 votes.

AMRELI: Gujarat’s first chief minister Jivraj Mehta was elected from Amreli in the Saurashtra region in 1962. BJP candidates won from Amreli from 1985 to 2002. In a major upset, Congress’s Paresh Dhanani snatched it from BJP in 2002. He was defeated in 2007 by BJP’s Dileep Sanghani, but Dhanani wrested it back in 2012 and again won in 2017.

DARIAPUR: A Muslim-dominated seat in Ahmedabad city that came into existence in 2012. Congress’ Gyasuddin Shaikh has been winning since. With AIMIM entering the fray, it will be a four-cornered battle between the BJP, Congress, AAP and AIMIM.

JAMALPUR-KHADIA: A Muslim-dominated seat in Ahmedabad that was formed in 2012 when the BJP won due to a division of Muslim votes between Congress and independent candidate Sabir Kabliwala, who is now AIMIM’s Gujarat president. In 2017, Congress won the seat. This time, the seat is likely to witness a tough fight with AIMIM declaring Kabliwala as its candidate.

GODHRA: Another seat with a sizable Muslim population. Senior Congress leader C K Raulji won in 2007 and 2012 from here. He then switched to the BJP and won against the Congress in 2017 but with a wafer-thin margin of 258 votes.

BHARUCH: A seat with a high concentration of Muslim voters. BJP has been winning from here since 1990. Here BJP’s Mansukh Vasava faces a tough fight from Mohammedbhai Phansiwalla. Bharuch, known as a communally sensitive town, has also been neglected by the ruling BJP disposition – a claim made by Congress, AIMIM and AAP.

Of the 89 seats where elections will be held in the first phase of the Gujarat polls on December 1, as many as 35 seats are spread across the southern districts of Bharuch, Narmada, Tapi, Dang, Surat, Valsad and Navsari – a region where the ruling BJP has always struggled to woo voters in the high-stake electoral contests in the past.

In 2017, the BJP had managed to win 25 of these 35 seats while the Congress and Bharatiya Tribal Party (BTP) won eight and two seats, respectively. But of the 14 seats reserved for the Scheduled Tribes in the region, the BJP could win only five. In subsequent bypolls, it clinched two additional seats — Dang and Kaprada — from the Congress. While the tribal-dominated areas are still considered the BJP’s Achilles’ heel, urban voters in south Gujarat had stood firmly behind the party in 2017, belying predictions that it will face a route in Surat city.

The BJP is projected to win between 131 and 139 seats in the 182-member Gujarat Assembly according to various opinion polls. However, there are several regions where saffron party candidates are likely to face a close contest with their rivals from AAP, Congress and AIMIM in Saurashtra Kutch and south Gujarat. In 2017, the BJP had won 99 seats, while the Congress emerged victorious in 77 seats. However, this time, Congress is expected to see a fall of 31-39 as against its total tally of 77 in 2017.