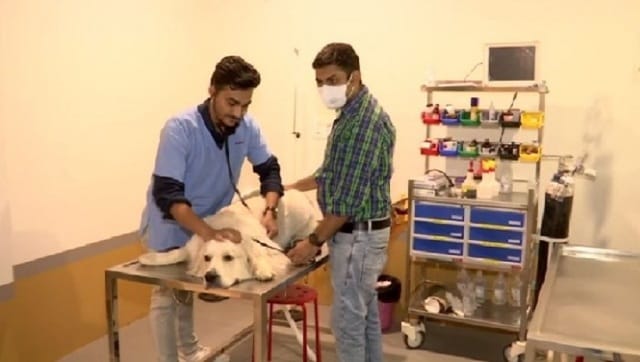 Shaival Desai, founder of BestBuds Pet Hospital, said the idea came to him after his pet dog passed away, owing to shortage of medical facilities

Earlier, on many occasions, pets died or suffered in pain as owners had to look on as there were little medical facilities or hospitals for them in the country. But a man from Gujarat has taken steps to remedy this. He has recently opened India’s first veterinary hospital with a vet ventilator in Ahmedabad. This multi-specialty hospital is a one-stop solution to everything that is related to pets.

According to news agency ANI, the man came up with this idea for a veterinary hospital after he lost his dog a year ago due to lack of facilities in the city. Shaival Desai, founder of BestBuds Pet Hospital said that the idea came to him after his pet dog passed away, adding that the loss was very painful for him. Since he saw that his pet could not get the best treatment due to a shortage of medical facilities, he decided to build the hospital.

Desai feels proud and happy that he has finally opened a one-stop solution to everything related to pets. He also stated that the hospital is well equipped, including OT rooms, and all medical facilities are available for animals along with professional experts. He also feels glad that India’s first animal vet ventilator is in Ahmedabad. It is a non-profit veterinary hospital.

Meanwhile, Dr Divyesh Kelawaya, a senior veterinarian stated that when the COVID-19

pandemic first hit the country last year, there were many people who abandoned their dogs. They did this out of fear after rumours spread  that dogs can spread coronavirus

. He requested people not to abandon their pets over such false or fake rumours.

This is not the only veterinary centre that has come up in the past few days. Recently, a hi-tech wildlife veterinary hospital was launched near the outskirts of Mysore to help injured, rescued or captured wild animals receive treatment in time.