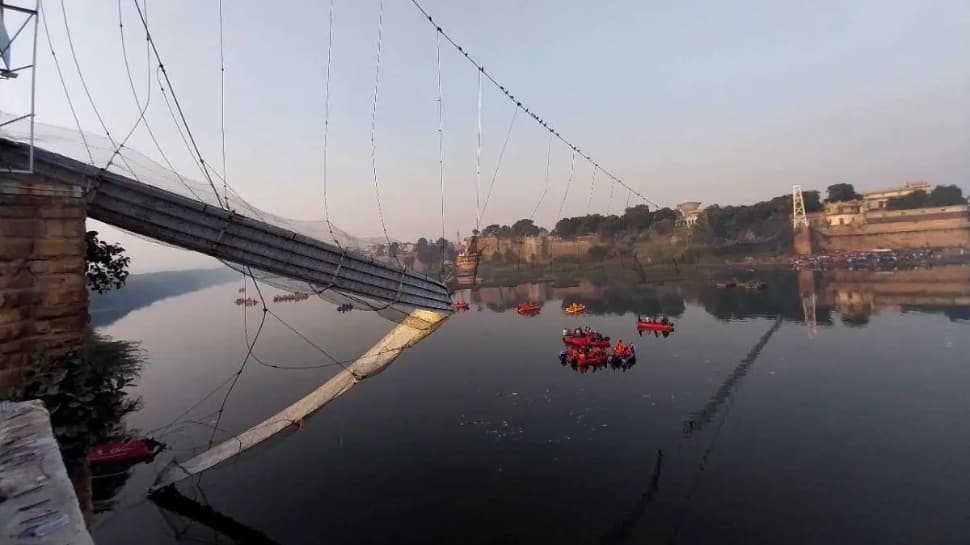 Morbi: Managing Director of Ajanta Manufacturing Ltd, the firm which was given contract for operation and maintenance of a suspension bridge in Gujarat’s Morbi town that collapsed on October 30 last year killing 135 people, has moved a court here for anticipatory bail fearing arrest in the case. Jaysukh Patel, moved the anticipatory bail plea in the sessions court in Morbi fearing arrest in the bridge collapse case, sources said. The plea is likely to be heard on Saturday, they said. Nine persons, including four employees of Ajanta Manufacturing (Oreva Group), have been arrested so far in the case. They included two managers and an equal number of ticket booking clerks of the Oreva Group that was managing the British-era bridge. Patel’s name was not included in the first information report (FIR) filed by the police soon after the tragedy. Police sources said they will file a charge-sheet in the case before January 30.

The suspension bridge on the Machchhu river was being maintained and operated by the Oreva Group as per an agreement signed with Morbi municipality. Patel’s move comes even as the Gujarat government has issued a show-cause notice to the local municipality asking why it should not be dissolved for failing to discharge its duties that led to the tragedy.

A government-appointed Special Investigation Team (SIT) had cited, among other things, several lapses on part of the Oreva Group in repairs, maintenance and operation of the carriageway.

The lapses cited by the special probe team included no restriction on the number of persons accessing the bridge, no curb on sale of tickets, leading to unrestricted movement on the bridge and carrying out repairs without consulting experts.