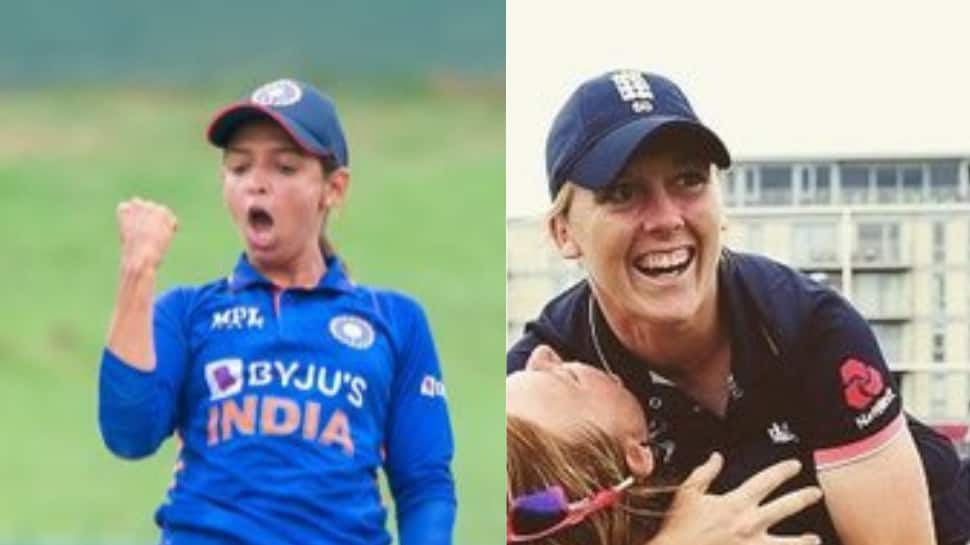 Indian women’s cricket team captain Harmanpreet Kaur made it very clear again that Deepti Sharma’s run-out of England batter Charlie Dean in the third ODI a few days back was done within the rules of the game and that she will always back her players to express themselves freely on the ground. Speaking ahead of the Women Asia Cup 2022 that begins on October 1 in Bangladesh, Harmanpreet answered to a question posed at her on England captain Heather Knight calling Indian team a liar. After Deepti Sharma, on landing in India, revealed that she had warned Charlie Dean before running her out at the non-striker’s end, Knight took to Twitter to say that Indians were lying and there was not warning given.

“The game is over, Charlie was dismissed legitimately. India were deserved winners of the match and the series. But no warnings were given. They don’t need to be given, so it hasn’t made the dismissal any less legitimate. But if they’re comfortable with the decision to affect the run out, India shouldn’t feel the need to justify it by lying about warnings,” Knight wrote in a series of tweets.

Harmanpreet refused to comment on the issue and said that this run-out dicussion needs to be put to an end. She however said that what Deepti did was within the rulebook.

“We have already discussed a lot on Deepti Sharma’s run out of Charlie Dean. I don’t think we have to keep discussing things again and again. Whatever happened, has happened. I am very happy with the performance of the team.

“We were noticing these things (England batter leaving the crease at non-striker’s end before ball is bowled) from the last couple of games. She (Dean) was taking a long stride. She was taking an undue advantage. I think it was her (Deepti) awareness that she pulled it off. It was not in our plan to get her out like that. You are on the ground and you want to win at every cost. It was within the rules and we are happy with the result. There is enough discussion on this matter,” said Harmanpreet Kaur.

All the efforts and trials are just to see our team on the winner’s sheet. Grateful to be a part of this wonderful team which won a series in England after 23 Years! Thanks to all our fans who came out to support us achieve this feat! _#TeamIndia __

Further Harman spoke of on the importance of making a historic clean sweep over England in ODIs. She said that the result is due to consistent hard work and planning by the team.

“When we went to England, at that time we were looking to play good cricket. We were not putting unnecessary pressure on ourselves. We knew out job at hand and everything was planned. We were working on something and we did not think about creating history. We were just going through our plans. When you have plans and you are working towards something, results will automatically come. We knew if we keep doing the good work, results will come.”

Harman added that in the upcoming Asia Cup 2022, she wants give chances to players who rarely get a game so that a solid squad could be built leading to the T20 World Cup next year.

“Our first target will be to give enough chances to other players who have not got so for. And we want to work on a lot of areas as a team. Especially, how to use the first 6 overs and if somebody can come and spend some time in the middle in the first 6 overs, we will try to change our batting order so that other batters could also get some time. In the last overs also, we will try and give them enough chances. We will try different team combinations. This is an important tournament for us and it gives chance to other players who can come and perform. If you perform here, you can get a lot of confidence to the World Cup,” concluded Harmanpreet.