Home Sport Cricket ‘Have Seen Him Do it in IPL Against Our Team’: Virat Kohli... 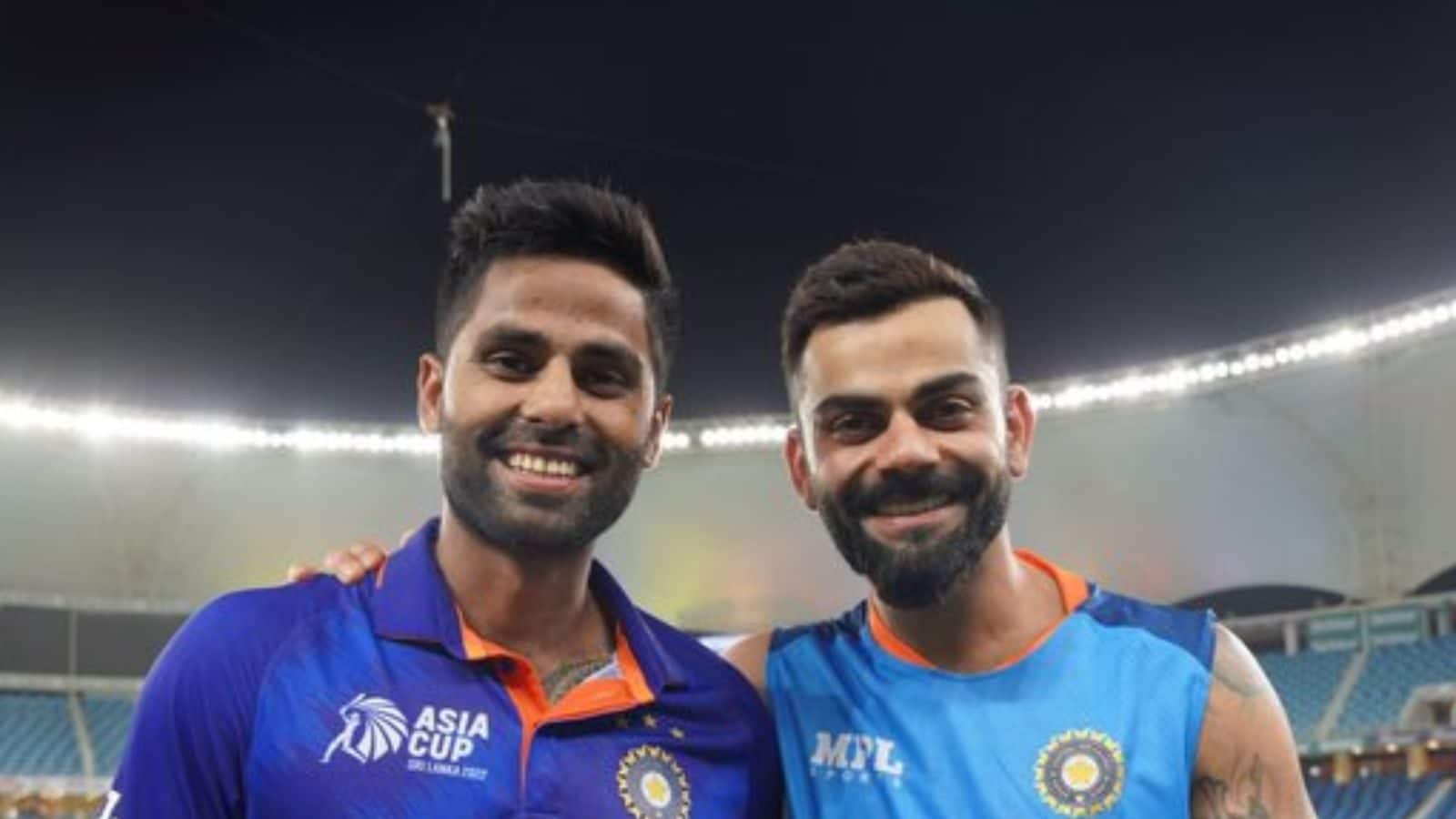 Suryakumar Yadav’s 68-run unbeaten knock against Hong Kong will go down as one of the finest in the history of Asia Cup tournaments. Stamping his authority at no. 4, the right-hand batter from Mumbai changed the course of the Indian innings.

He walked out to bat when the Men in Blue were reduced to 94/2 following KL Rahul’s departure in the 13th over. Since then, there was no looking back for him as he teamed up with Virat Kohli and stitched a rock-solid unbeaten 98-run stand. Both batters scored their respective half-centuries as India posted 197 for 2 in 20 overs.

The Kohli-Suryakumar duo took the Hong Kong bowlers to the cleaners, adding 57 runs in the last 18 deliveries. The most entertaining was the final over when the Mumbai batter clobbered 4 sixes before taking a double off the last ball.

After India’s victory against Hong Kong, Kohli and Suryakumar spoke to each other, and a video of the conversation was released on bcci.tv.  The former skipper heaped praise on his batting partner and said he thoroughly enjoyed the latter’s innings.

“You came in and completely changed the momentum of the game on a pitch that was not as he made it look, it was a brilliant knock to watch it from the other end. I have seen him do it in IPL against our team, against others, and the international game, but it was my first experience to watch it so closely [as a batting partner] and I thoroughly enjoyed it,” said Kohli during the chat.

“I honestly believe the way you played today, if you can stay in that zone, you can literally change the complexion of the whole game against any team in the world,” he added.

Suryakumar, who bagged the Player of the Match award for his heroics, admitted that he too enjoyed batting with Kohli.

“I love batting with him [Kohli] – When I was inside [dressing room], I was talking to Rishabh and how we can take the game ahead as the wicket was a bit sticky. And when I went to bat, I tried to be myself, what I do, what I love to do. It was a really simple plan – the first 10 balls I wanted to hit 3-4 boundaries and when I got that I just kept batting.

“At that moment I knew I needed you [Kohli] there, that’s why I told you that you just bat from one end, it will be easier for you to cover up later on because I have seen you a lot of times when you bat 30-35 balls, next 10 balls you bat with a strike-rate of 200 and 250, it was important for me that you stayed there, so I could bat freely till the 20th over, and I really enjoyed whatever happened,” Suryakumar said.