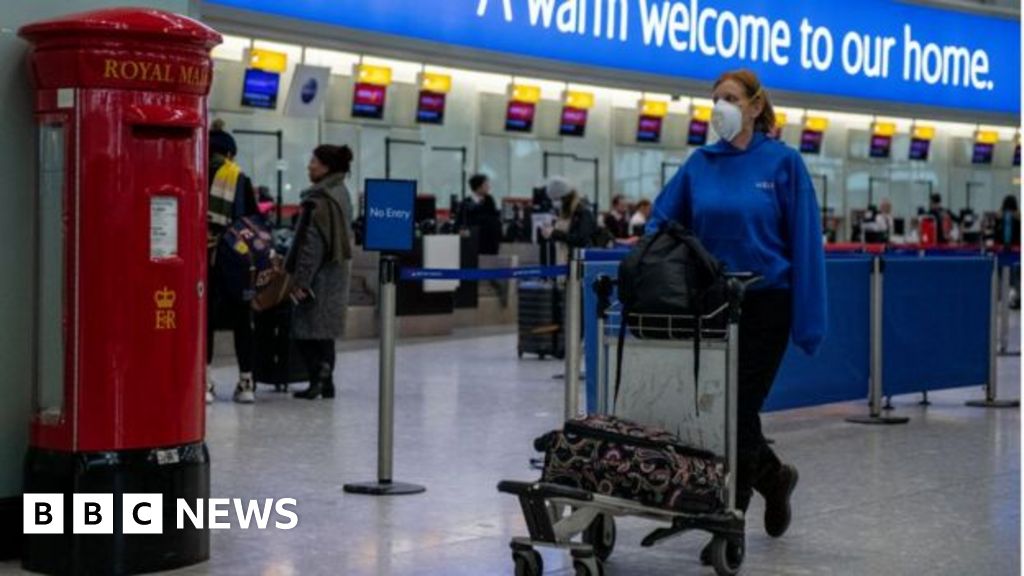 Heathrow Airport’s boss has warned quarantine restrictions are “strangling the UK economy”, and renewed calls for Covid-19 testing at airports.

Thousands of jobs are being lost because Britain is being cut off from key markets, said chief executive John Holland-Kaye.

The government has said previously that coronavirus testing at airports is not a “silver bullet”.

Heathrow said that more than half of its 860,000 passengers in July had travelled to quarantine-free European destinations.

However, it said that the “vast majority” of its route network remains grounded due to quarantine rules.

The government recently re-imposed quarantine restrictions on arrivals from Spain, Luxembourg, Belgium, the Bahamas, and Andorra. And there have been reports there could be restrictions imposed on travel to France.

In a statement on Tuesday, Heathrow said the 14-day quarantine restrictions on many passengers arriving in the UK were “preventing the UK from travelling to and trading with” some countries.

Mr Holland-Kaye said: “Tens of thousands of jobs are being lost because Britain remains cut off from critical markets such as the US, Canada and Singapore.

“The government can save jobs by introducing testing to cut quarantine from higher risk countries, while keeping the public safe from a second wave of Covid.”

After lockdown restrictions eased in the UK, bookings for cottages, caravan sites and holiday parks soared.

However, the hotel industry has been hit hard by coronavirus lockdowns and travel restrictions.

Keith Barr, IHG chief executive, said: “The impact of Covid-19 on our business has been substantial.” But he said there were “small but steady improvements in occupancy” into July.

The travel industry has been pushing for quarantine-free travel to areas in countries that haven’t been affected by increases in coronavirus cases, and for airport testing.

But UK Culture Secretary Oliver Dowden said in July that testing at airports would not stop the need for quarantine, because the virus could develop over time.

This was after the UK government re-imposed quarantine restrictions on travellers coming to the UK from Spain, and after it updated travel advice, recommending against all non-essential travel to the country and its islands.

Last week, Chancellor Rishi Sunak said the government would not hesitate to add more countries to its quarantine list when asked whether France could also join it.

Also last week, Bank of England Governor Andrew Bailey said the UK economy was rebounding faster than it had assumed in May after a “more rapid” pick-up in consumer spending.

However, the Bank warned of a “material” rise in unemployment this year as it held interest rates at 0.1%.

The latest unemployment figures show that between April and June, employment in the UK fell by the largest amount in more than a decade.