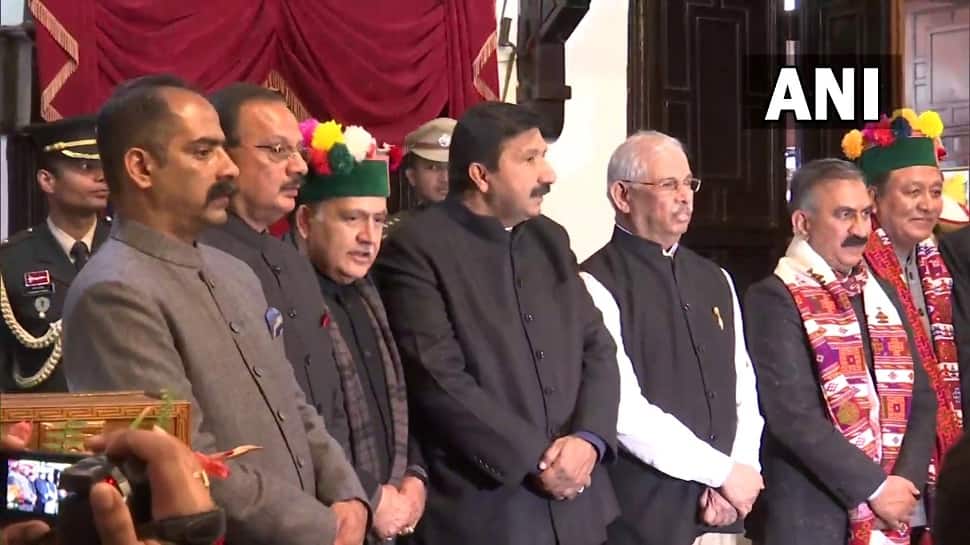 Rohit Thakur, Anirudh Singh and Vikramaditya Singh from Jubbal-Kotkhai, Kasumpti and Shimla (Rural) in Shimla district respectively were also among those inducted.

Besides the post of deputy speaker, three berths are still vacant as maximum number of ministers, including the chief minister, cannot exceed 12. Chief Minister Sukhu and Deputy Chief Minister Mukesh Agnihotri were sworn in on December 11.