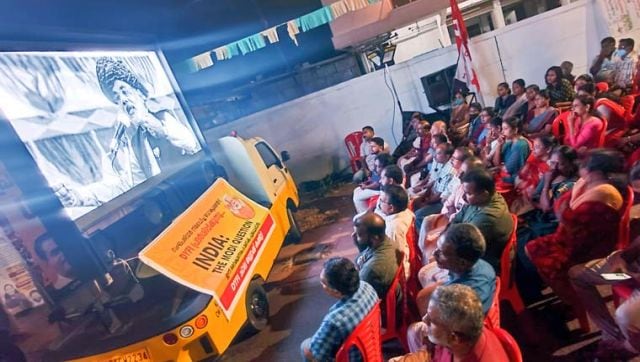 Art and movies have quite often been a source of controversy and the BBC docu-series on Prime Minister Narendra Modi has stoked controversial fires unlike any other.

Four days after the Centre blocked India: The Modi Question, the BBC documentary that revisits the Prime Minister Narendra Modi’s alleged role in the 2002 Gujarat riots, using “emergency powers”, the feature is creating all sorts of news in the country — from causing violence in colleges to leaders quitting.

The decision to block online links to the documentary hasn’t been well received by some college students and free-speech activists. Several universities across the country screened the feature, leading to violence in some cases.

On Wednesday morning, veteran Congress leader AK Antony’s son, Anil K Antony, announced that he resigned from the party after wading into the BBC documentary row.

I have resigned from my roles in @incindia @INCKerala.Intolerant calls to retract a tweet,by those fighting for free speech.I refused. @facebook wall of hate/abuses by ones supporting a trek to promote love! Hypocrisy thy name is! Life goes on. Redacted resignation letter below. pic.twitter.com/0i8QpNIoXW

“Considering the events from yesterday, I believe it would be appropriate for me to leave all my roles in the Congress,” Anil wrote in his resignation letter relinquishing his duty both as the convener of the Kerala Pradesh Congress Committee digital media and also the national co-ordinator of the Congress social media and digital communication cell.

The step comes after Anil had on Tuesday tweeted that despite large differences with the Bharatiya Janata Party (BJP), those who support and place the views of the British broadcaster and of former UK foreign secretary Jack Straw, the “brain behind the Iraq war” (involving the US-led coalition in 2003) over Indian institutions are setting a dangerous precedence.

He later told NDTV that “in the 75th year of our independence, we shouldn’t allow foreigners or their institutions to undermine our sovereignty or run down our institutions”.

Mahua Moitra and the documentary

When the Centre announced that it was blocking online links to the documentary, Trinamool Congress MP Mahua Moitra slammed the move, calling it censorship.

On Wednesday, she shared the link of sites from where the video could be accessed. She had done the same earlier too, stating that “good, bad, or ugly – we decide. Govt doesn’t tell us what to watch.”

The TMC MP, who has been vocal of the prime minister and his government in the past too, said on Saturday she wouldn’t accept any censorship by the government and added, “Sorry, Haven’t been elected to represent world’s largest democracy to accept censorship. Here’s the link. Watch it while you can.”

“Govt on war footing to ensure no one in India can watch a mere @BBC show. Shame that the emperor & courtiers of the world’s largest democracy are so insecure.”

Despite the block on the documentary, students across various educational institutions gathered for screenings of the movie, causing the issue to snowball further.

High drama took place at Delhi’s Jawaharlal Nehru University (JNU) on Tuesday night after the authorities cut power and internet to stop the students from conducting a screening of the Modi documentary.

Some students claimed they were attacked and stones were pelted on them while they were watching the documentary on their mobile phones. According to news agency PTI, some alleged that the attackers belonged to the Akhil Bharatiya Vidyarthi Parishad — a charge that they denied.

JNU Students start watching the BBC Documentary India: The Modi question on their mobile phones, Laptops After the University cut off the electricity inside the Campus to stop a screening of the documentary.#BBCDocumentary pic.twitter.com/huJLXKq5wu

It was only after midnight that power was restored to the campus. When asked about the power outage, a JNU administration official, requesting anonymity told PTI, “There was a major (power) line fault at the university.”

However, students allege it was the administration’s way of blocking the screening and not allowing students to view the movie.

At the University of Hyderabad too, a student’s group organised a screening of the documentary without permission. As per a PTI news report, The Fraternity Movement in UoH campus had organised the screening on 21 January.

Some members of ABVP at UoH complained to the varsity’s Registrar in this regard and demanded necessary action against the organisers.

Kerala was on tenterhooks too after the youth and student organisations of the Communist Party of India (Marxist) and Congress organised screenings of the movie across the state, inviting protests from the BJP and its youth wing.

The Students Federation of India screened the documentary at Government Law College in Thiruvananthapuram without any hiccups. However, another screening by the Youth Congress at Manaveeyam Veedhi sparked tensions, with Yuva Morcha activists holding a protest march.

The Students’ Federation of India (SFI) of Presidency University in Kolkata too waded into the row, asking to screen the controversial documentary on 27 January at 4 pm. The SFI at the Presidency University said it has sent an email to the university authorities to book the badminton court on the campus where the documentary is likely to be shown on a giant screen. The university authorities are yet to respond to the request.

Yes, BBC hates India, but know that its India-hate is a money strategy

How the Centre has reacted

The Modi-led government has dismissed the BBC documentary as “propaganda”, with the Ministry of External Affairs saying the film reflected bias and a colonial mindset.

When asked about it, spokesperson Arindam Bagchi had said, “I am only going to comment in the context of what I have heard about it and what my colleagues have seen. Let me just make it very clear that we think this is a propaganda piece designed to push a particular discredited narrative.

“The bias, the lack of objectivity and frankly, a continuing colonial mindset is blatantly visible. If anything, this film or documentary is a reflection on the agency and individuals that are peddling this narrative again,” adding, “It makes us wonder about the purpose of this exercise and the agenda behind it and frankly we do not wish to dignify such efforts.”